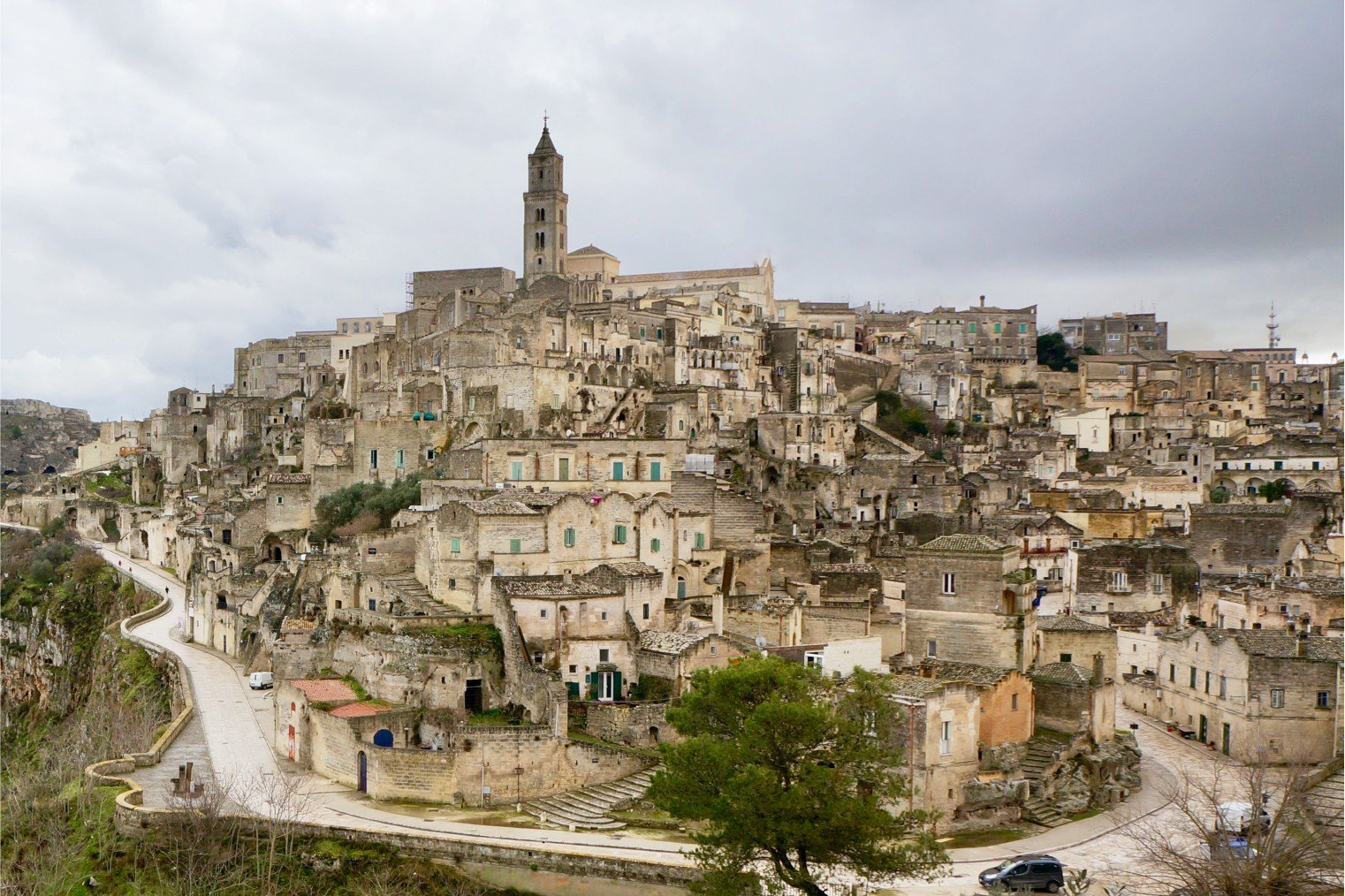 Matera (map) is the capital of the Matera province in the Basilicata region of Italy. It boasts the sassi: well-preserved rock-cut settlements that are a World Heritage site. The “Sassi” have been described by Fodor’s as “one of the most unique landscapes in Europe”.

The Sassi originated in a prehistoric troglodyte settlement, and these dwellings are thought to be among the first ever human settlements in what is now Italy. The Sassi are habitations dug into the calcareous rock itself, which is characteristic of Basilicata and Apulia.

This area, the *Sassi di Matera, is a complex of cave dwellings carved into the ancient river canyon. Over the course of its history, Matera has been occupied by Greeks, Romans, Longobards, Byzantines, Saracens, Swabians, Angevins, Aragonese, and Bourbons.

On the north side the Sasso Barisano have been partially commercially developed as offices and housing. The Sasso Caveoso, on the south side, is the most historically interesting.

Be prepared for huge tour groups clogging up the narrow alleys and stairways in the old town, especially on Sundays and holidays.

*Matera Cathedral (1268–1270, map) has been dedicated to Santa Maria della Bruna since 1389. Built in an Apulian Romanesque architectural style, the church has a 52 m tall bell tower.

The Murgia National Park (*Parco della Murgia Materana, map), a regional park established in 1990, includes the territory of the Gravina di Matera and about 150 rock churches scattered along the slopes of the ravines and the plateau of the Murgia.

This area, inhabited since prehistoric times, still preserves stationing dating back to the Paleolithic, such as the Grotta dei pipistrelli (cave of the bats), and to the Neolithic.

Matera is most easily reached from *Bari. The Ferrovie Appulo Lucane (FAL) runs trains from Bari to Matera Centrale (map), taking 1 hr 30 min with departures every 1-2 hr during the daytime. The FAL train station in Bari is just outside of Bari Centrale and is toward the left as you walk out onto the large piazza with the buses and fountain.