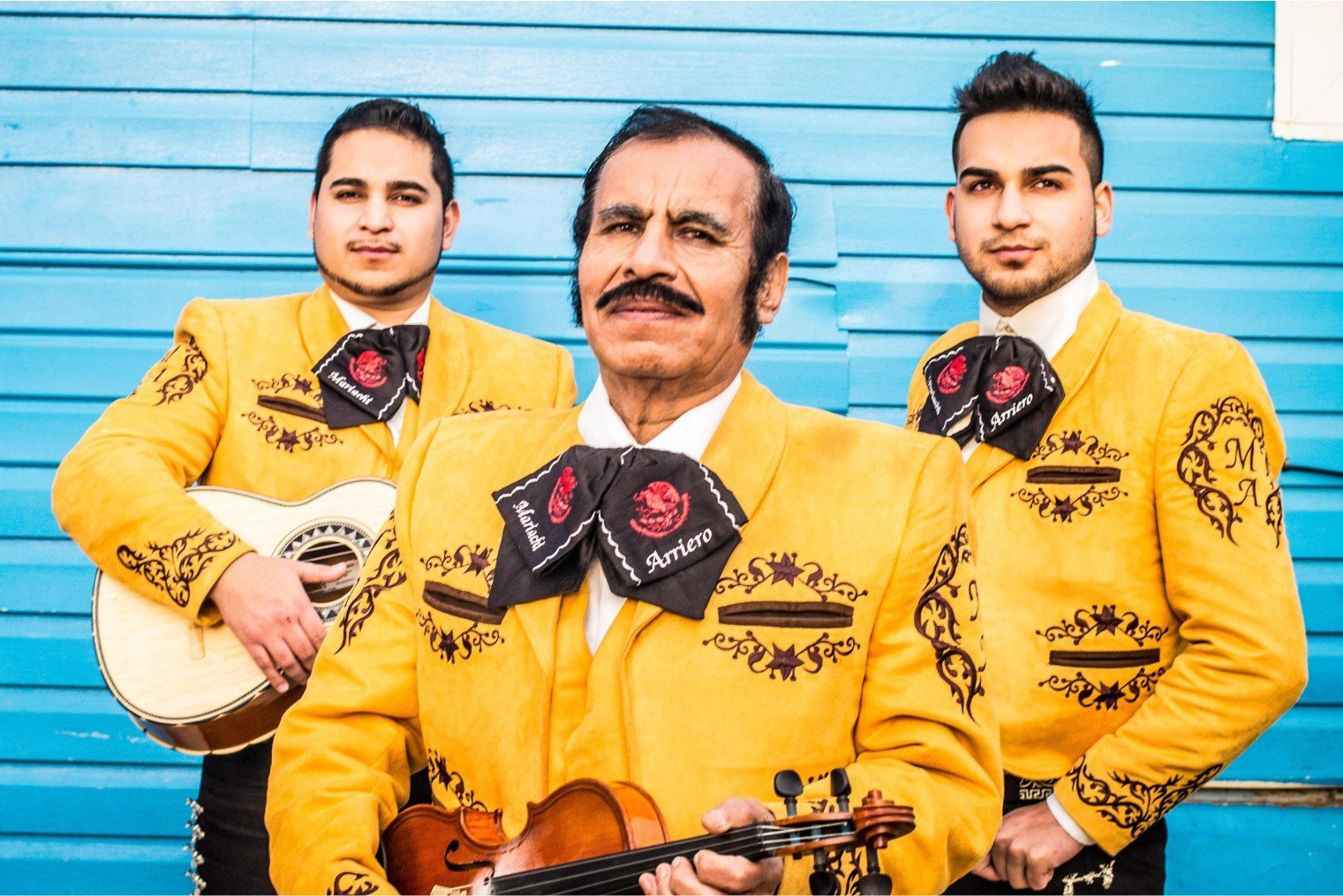 Mariachi is a genre of regional Mexican music that dates back to at least the 18th century, evolving over time in the countryside of various regions of western Mexico. Mariachi music has origins deep in Mexican history. The sound of its string instruments and its oldest rhythms are rooted in Mexico’s colonial times (1519-1810).

Mariachi means a certain repertoire of music, a special grouping of instruments, and a distinctive style of singing that create an unmistakable sound unique in the world. It has special meaning for many Mexican Americans as an emblem of their cultural heritage and a source of pride and community connections.

In 2011, UNESCO recognized mariachi as an Intangible Cultural Heritage, joining six other entries on the Mexican list of that category.

One of these folk musical styles was the son. This music featured string instruments. Son music divided into various regional varieties; the variety popular in the Jalisco area was called son jalisciense, whose best known song, also referred to as “the mariachi national anthem”, is “La Negra”.

Early mariachi players did not look like those of today; they played only string instruments such as guitars and harps and dressed in typical peasant clothing: white pants and shirts with huarache sandals.

The common perception of the music and look of mariachi developed in the 20th century, as the music was transformed from a regional rural folk music to an urban phenomenon that came to represent Mexico.

The International Mariachi Festival in Guadalajara is an annual ten-day event that attracts more than 500 mariachis, who perform in concert halls and city streets.

Guadalajara (map) is the capital of the central state of Jalisco in Mexico, and the second-largest city in the country. It is considered a colonial city, though much of its architecture dates from the independence period. Although it has a far more relaxed feel than Mexico City. All in all, however, it is a lovely city and contains many nice areas for walking, not just in the center.