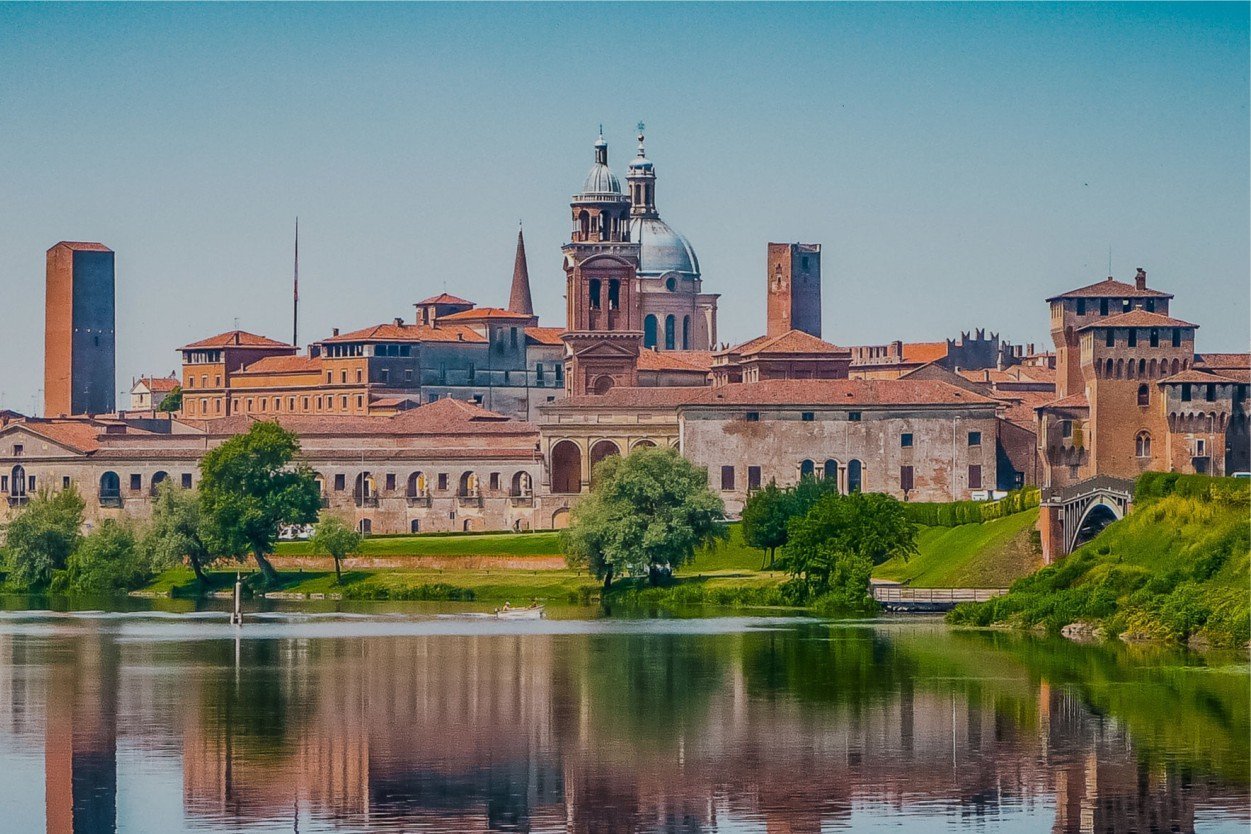 Mantua (map) is a world heritage listed city in Lombardy, not far from Emilia-Romagna and Veneto. Because of the power and influence of the *Gonzaga family, which used to own the city for over 400 years, Mantua was considered one of the most important cultural cities in the Renaissance and it still maintains a lot of the buildings that made it famous during that period.

In 2008, Mantua’s centro storico (map) and Sabbioneta were declared by UNESCO to be a World Heritage Site.

Palazzo Te (map) (1525–1535) semi-rural palace of Giulio Romano (who lived in Mantua in his final years) in the mature Renaissance style, with some hints of a post-Raphaelian mannerism.

Palazzo Ducale (map), famous residence of the Gonzaga family, made up of a number of buildings, courtyards and gardens gathered around the Palazzo del Capitano, the Magna Domus and the Castle of St. George with the Camera degli Sposi, a room frescoed by Andrea Mantegna.

Basilica of Sant’Andrea (map) was begun in 1462 according to designs by Leon Battista Alberti but was finished only in the 18th century when was built the massive dome designed by Filippo Juvarra.

Duomo (Cathedral of St Peter the Apostle, map). An initial structure probably existed on the site in the Early Christian era, which was followed by a building destroyed by a fire in 894. The current church was rebuilt in 1395–1401. After another fire in the 16th century, Giulio Romano rebuilt the interior but saved the frontage, which was replaced however in 1756–61 by the current Baroque one in Carrara marble.

Castello di San Giorgio (map). The castle is a part of the Ducal Palace. It hosts the Museum of modern and contemporary arts.

*Sabbioneta (map) – a Renaissance ideal town. It is a UNESCO World Heritage site on par with Mantua.

APAM – buses around the city and suburbs.