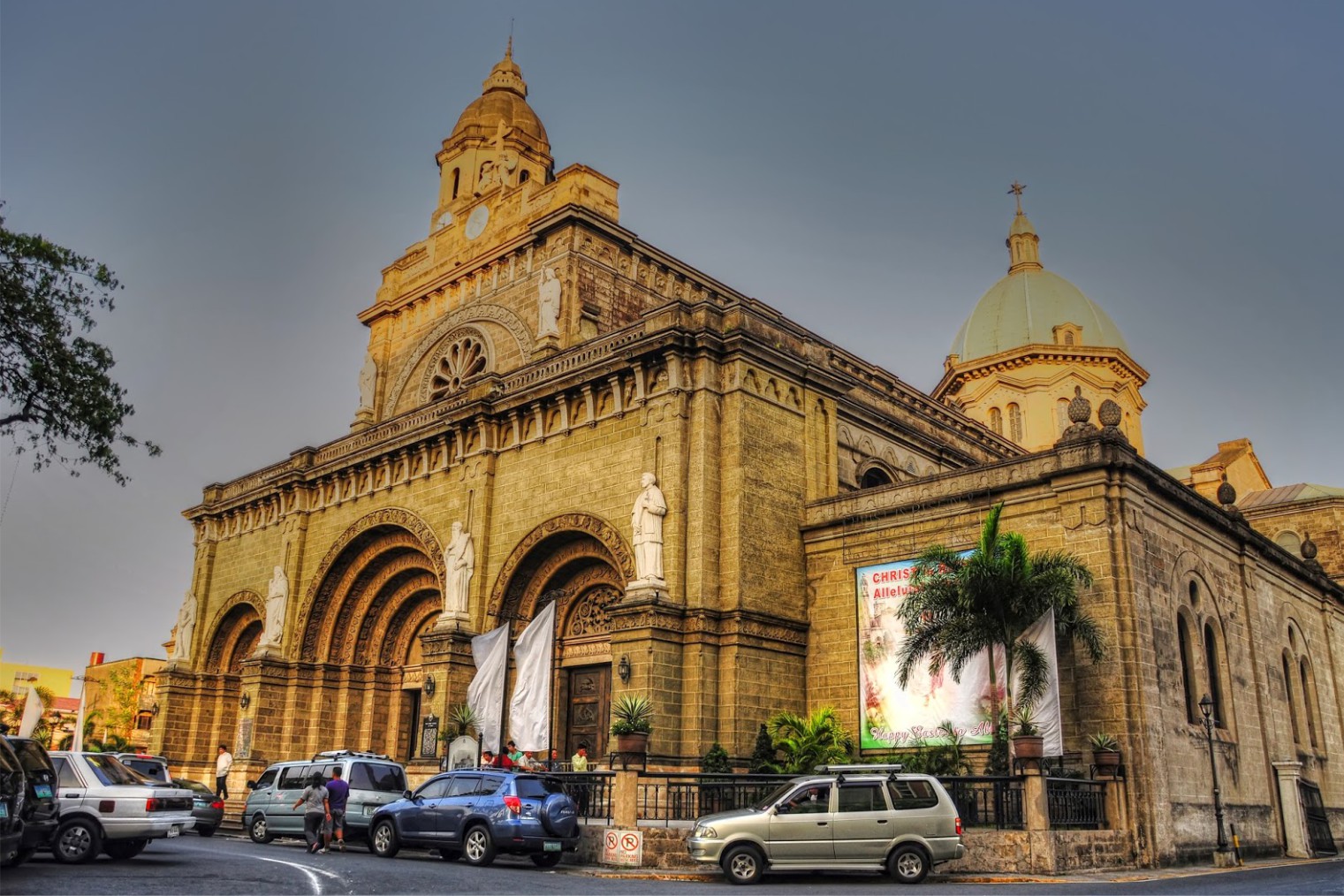 Manila (map) is the capital of the Philippines and a major attraction in terms of culture and heritage in the country. Manila is part of the huge Metro Manila metropolis (map) which has many attractions beyond those in Manila’s administrative boundaries. The City of Manila is in the western part of Metro Manila, facing the Manila Bay. This article covers only the city proper.

With massive traffic jams and a reputation for insecurity relative to other Southeast Asian cities, Metro Manila is often considered to be a challenging city to explore, but in reality, the contrasts are precisely what makes the city a great destination to both most spoiled and the most adventurous travellers.

*Binondo (map). The oldest Chinatown in the world, famous for its authentic Chinese and Hong Kong cuisine. Its church is a fascinating fusion of Spanish Baroque & Chinese styles as shown in its pagoda bell tower.

*Ermita (map). One of Manila’s vibrant districts, once known as the only Red Light District converted into a major tourist area which contains some of the most historically and culturally significant landmarks and institutions of the country such as the *Rizal Park (map), Ocean Park (map), National Museum of the Philippines (map).

*Intramuros (map). Taken from the Spanish words, intra & muros, literally means “within the walls”. Known as the History Town of the Philippines and considered as Old Manila itself during Spanish times. This district contains numerous Spanish colonial attractions such as the *Fort Santiago (map), *San Agustin Church (map), *Casa Manila (map), and many more.

The City of Manila is not effectively the “Downtown” or “City center” of Metro Manila in the traditional sense. Metro Manila is a multipolar city, with other cities of the urban area such as *Quezon City (map), *Makati (map), *Taguig (map) and *Parañaque (map) rivalling or exceeding Manila in business, education, shopping, entertainment and tourism.

Tondo (map), while it has a diverse culture, can be just as dangerous, with its history of violent crimes led by gangs; it is considered the gang capital of the Philippines. Many residential areas are just as rough as Tondo, of note is the San Andres Bukid district to the southeast. Both are some of the largest slum communities in the Philippines.

One of the city’s famous shopping destinations is Divisoria (map), home to numerous shopping malls, including the famed Tutuban Center (map) and the Lucky Chinatown (map). It is also dubbed the shopping mecca of the Philippines where everything is sold at a bargain price. Robinsons Place (map) is the largest shopping mall in the city.

One of the more famous modes of transportation in Manila is the *jeepney. Patterned after U.S. Army jeeps, these have been in use since the years immediately following World War II.

Several city and provincial bus routes either cross through or terminate in Manila. Most buses which serve Manila proper will cross through the Lawton Bus Terminal, which is in front of the LRT-1 Central Terminal station (map).