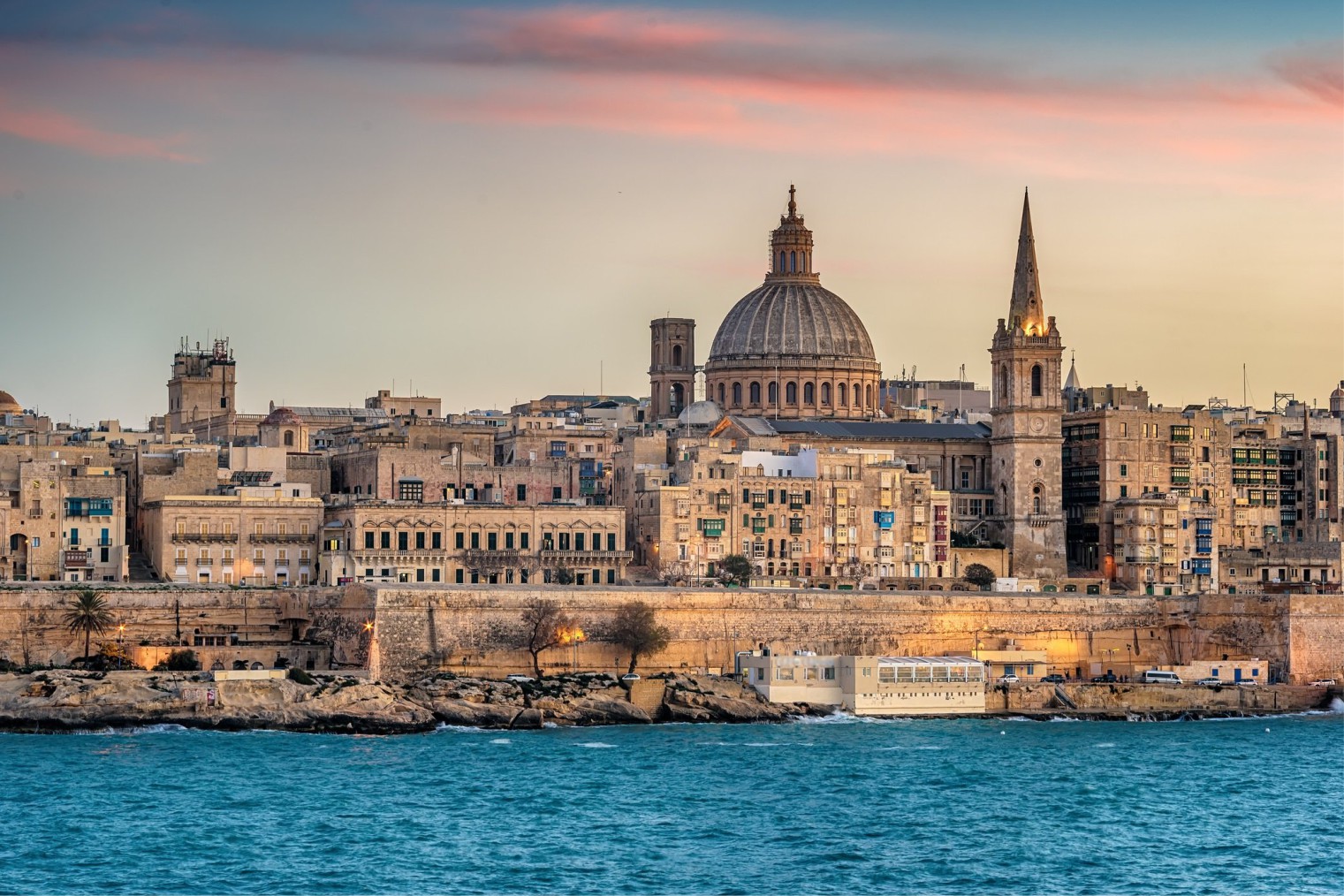 Republic of Malta and formerly Melita, is a Southern European island country consisting of an archipelago in the Mediterranean Sea. It lies 80 km (50 mi) south of Italy. Malta has been inhabited since approximately 5900 BC. Valletta is a UNESCO World Heritage site for the massive number of historical buildings found in a tiny space.

Its location in the centre of the Mediterranean has historically given it great strategic importance as a naval base, with a succession of powers having contested and ruled the islands, including the Phoenicians and Carthaginians, Romans, Greeks, Arabs, Normans, Aragonese, Knights of St. John, French, and British. Most of these foreign influences have left some sort of mark on the country’s ancient culture.

Getting Around • Places • Events

The *Megalithic Temples of Malta are some of the oldest buildings in the world, as such they have been included on the UNESCO World Heritage List. Seven megalithic temples are found on the islands of Malta and Gozo, each the result of an individual development. The two temples of Ggantija on the island of Gozo are notable for their gigantic Bronze Age structures.

Malta is a nation of just under 450,000 people, yet its infrastructure is required to support over 1.1 million tourists every year. Malta’s water works, roads, waste management systems and beaches are stretched to capacity in the summer months of July and August of every year, when tourism numbers are at their peak.

publictransport.com.mt is the operator of the bus network across Malta.

The islands’ sole airport is Malta International Airport. There are frequent fast ferries (virtuferries.com) to the Sicilian port of Catania (3 hours) and Pozzallo, Italy (90 minutes). There is the regular ferry service between Ċirkewwa on Malta and Mġarr on Gozo (gozochannel.com).