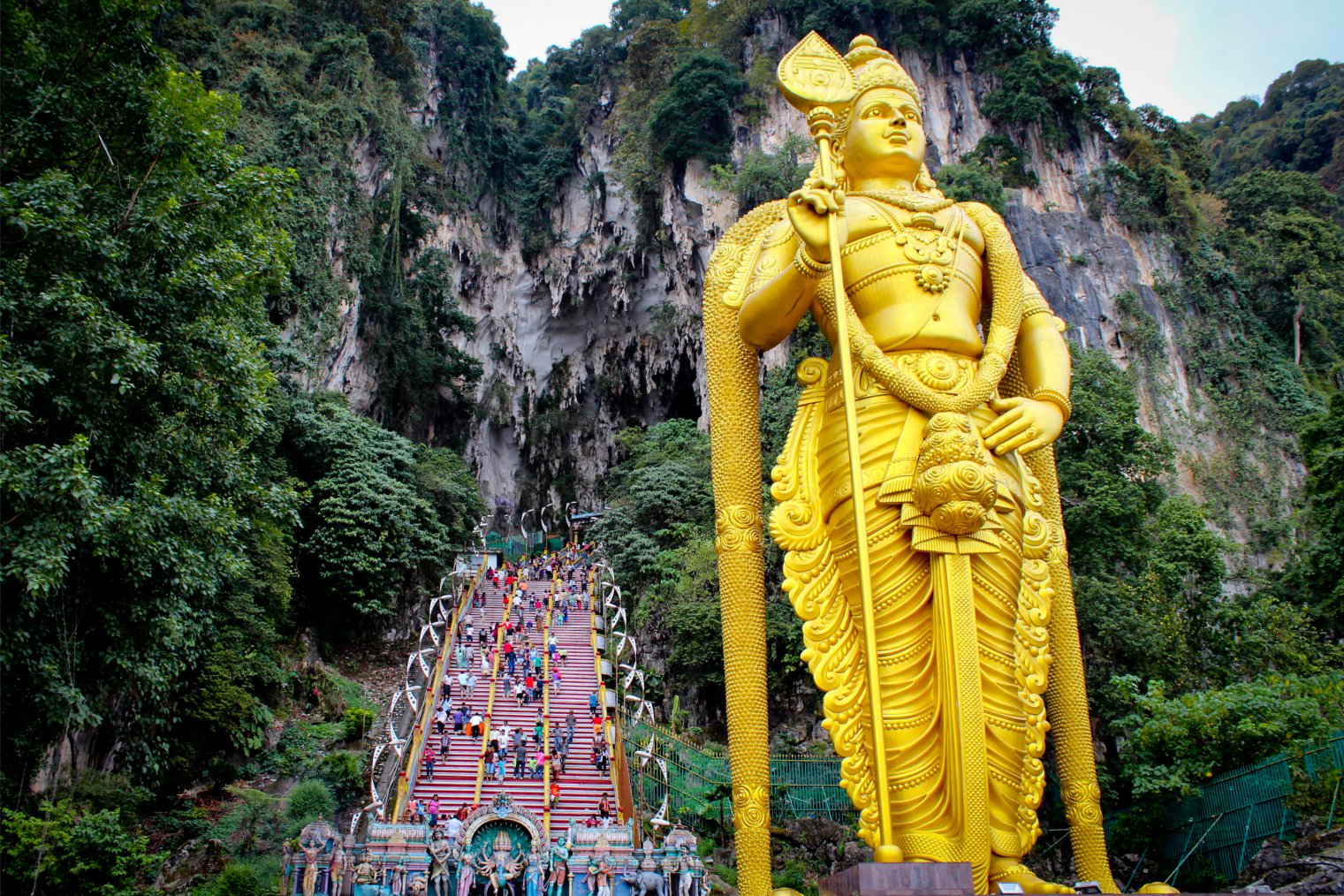 Malaysia is a country in Southeast Asia. Kuala Lumpur is the national capital and largest city while *Putrajaya (map) is the seat of the federal government. Malaysia is a mix of the modern world and a developing nation.

However, you will not find extreme rural poverty or gigantic urban slums as in other places in Southeast Asia.

*Batu Caves, KL (map) – The cave is one of the most popular Hindu shrines outside India, and is dedicated to Lord Murugan. It is the focal point of the Hindu festival of *Thaipusam in Malaysia.

AIRPORTS >   Most international flights land at Kuala Lumpur International Airport. Largely thanks to budget carrier AirAsia, Malaysia is crisscrossed by a web of affordable flights with advertised “promotional” prices.