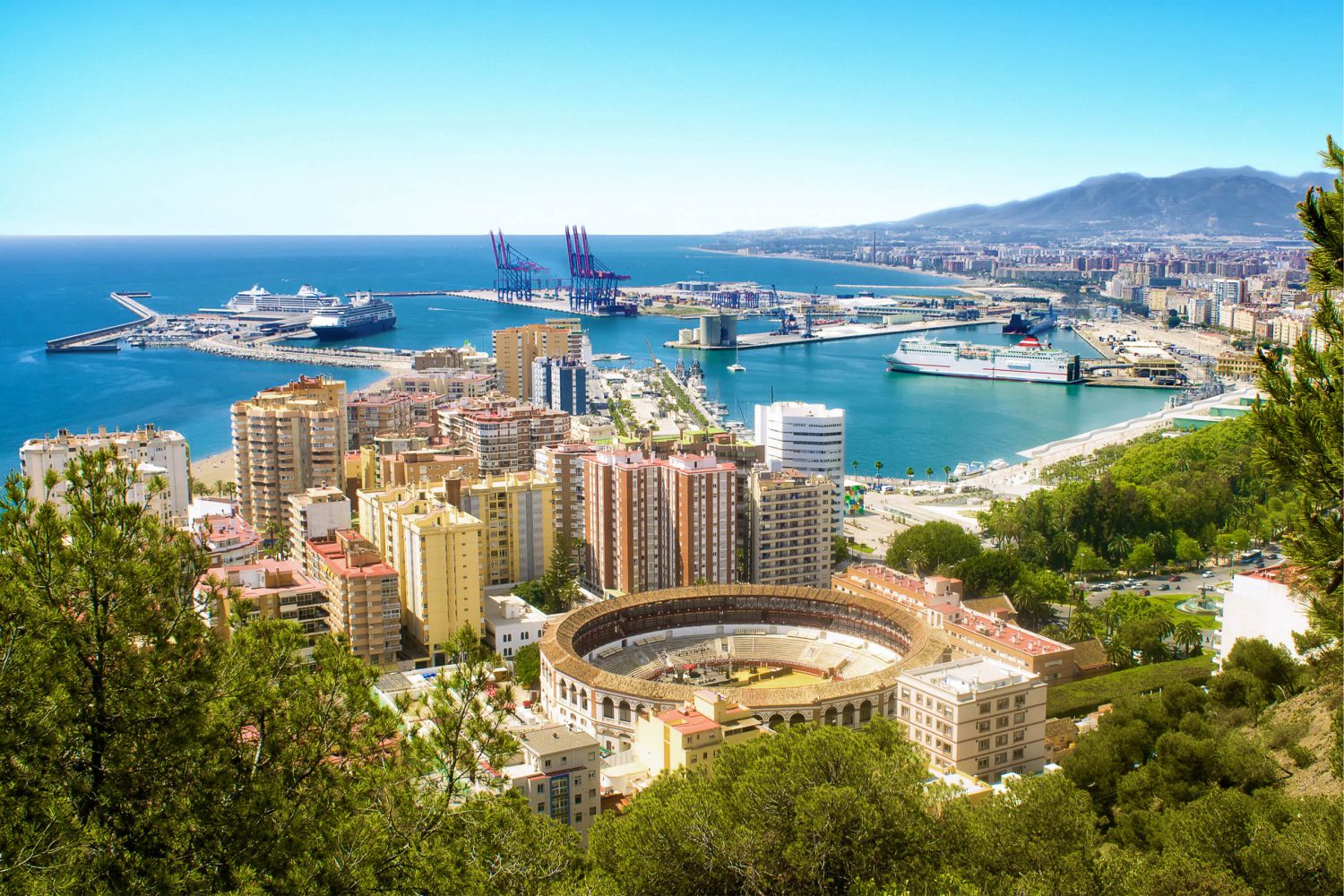 Málaga (map) is a city in the southern Spanish region of Andalucia, and is also known as the birthplace of the artist Picasso. Málaga’s history spans about 2,800 years, making it one of the oldest cities in Europe and one of the oldest continuously inhabited cities in the world.

The city offers beaches, hiking, architectural sites, art museums, and excellent shopping and cuisine. While more laid back than Madrid or Barcelona, Málaga is still the centre and transport hub for the hugely popular Costa del Sol region, which is flooded with tourists in the summer.

However, Málaga also offers some genuinely interesting historical and cultural attractions in its old city and its setting on the coast is still beautiful.

The best way to get an impression of Málaga is to discover the charming corners, stunning sights and lovely neighborhoods by wandering the streets and narrow roads by feet, take a stop for churros con chocolate, ice-cream, a coffee or some Tapas and enjoy the Andalusian atmosphere.

From the 6th century BC the city was under the hegemony of *Ancient Carthage, and from 218 BC, it was ruled by the Roman Republic and then empire as Malaca. After the fall of the empire and the end of Visigothic rule, it was under Islamic rule as Mālaqah (Arabic: مالقة) for 800 years, but in 1487, the Crown of Castille gained control in the midst of the *Granada War.

The Moors left posterity the dominating presence of the Castle of Gibralfaro (map), which is connected to the Alcazaba (map), the lower fortress and royal residence. The Alcazaba stands on a hill within the city. Originally, it defended the city from the incursions of pirates. Later, in the 11th century, it was completely rebuilt by the Hammudid dynasty.

The archaeological remains and monuments from the Phoenician, Roman, Arabic and Christian eras make the historic center of the city an “open museum”, displaying its history of nearly 3,000 years. >> *History of Málaga + *List of museums in Málaga

The oldest architectural remains in the city are the walls of the Phoenician city, which are visible in the cellar of the Museo Picasso Málaga (map). The Roman theatre of Málaga (map), which dates from the 1st century BC, was rediscovered in 1951.

The *Church of Santiago (Saint James, map) is an example of Gothic vernacular Mudéjar, the hybrid style that evolved after the Reconquista incorporating elements from both Christian and Islamic tradition.

The *Málaga Cathedral (map) and the *Palacio Episcopal (map) were planned with Renaissance architectural ideals but there was a shortfall of building funds and they were finished in Baroque style.

+ How to get around (malagaturismo.com) Getting around Spain (spain.info)

BUS >   The main bus station is right across the street from the train station, a km or so west of the city centre on Paseo de los Tilos (map). The station serves buses from all over Spain and is a major transfer point if you’re passing through the region. >> Málaga Metropolitan Transport Consortium.

Virtually all companies operating Intercity buses in France including Ouibus and even German players Flixbus offer buses to/from Spanish destinations. ALSA • Grupo Avanza • Socibus and Secorbus. You can also see what is all available on Movelia.es.

RAIL >   Madrid in 2½–3 hours (some with continuing service to Barcelona), Cordoba in 1 hour or Seville in 2 hours, with multiple trains running each line daily. >> The main train operator is RENFE, including AVE (Spanish high speed train) or Talgo intercity services. (*Rail travel in Europe)

WATERWAYS >   -There is a ferry route between Málaga and Melilla in North Africa with Transmediterranea. Book early.