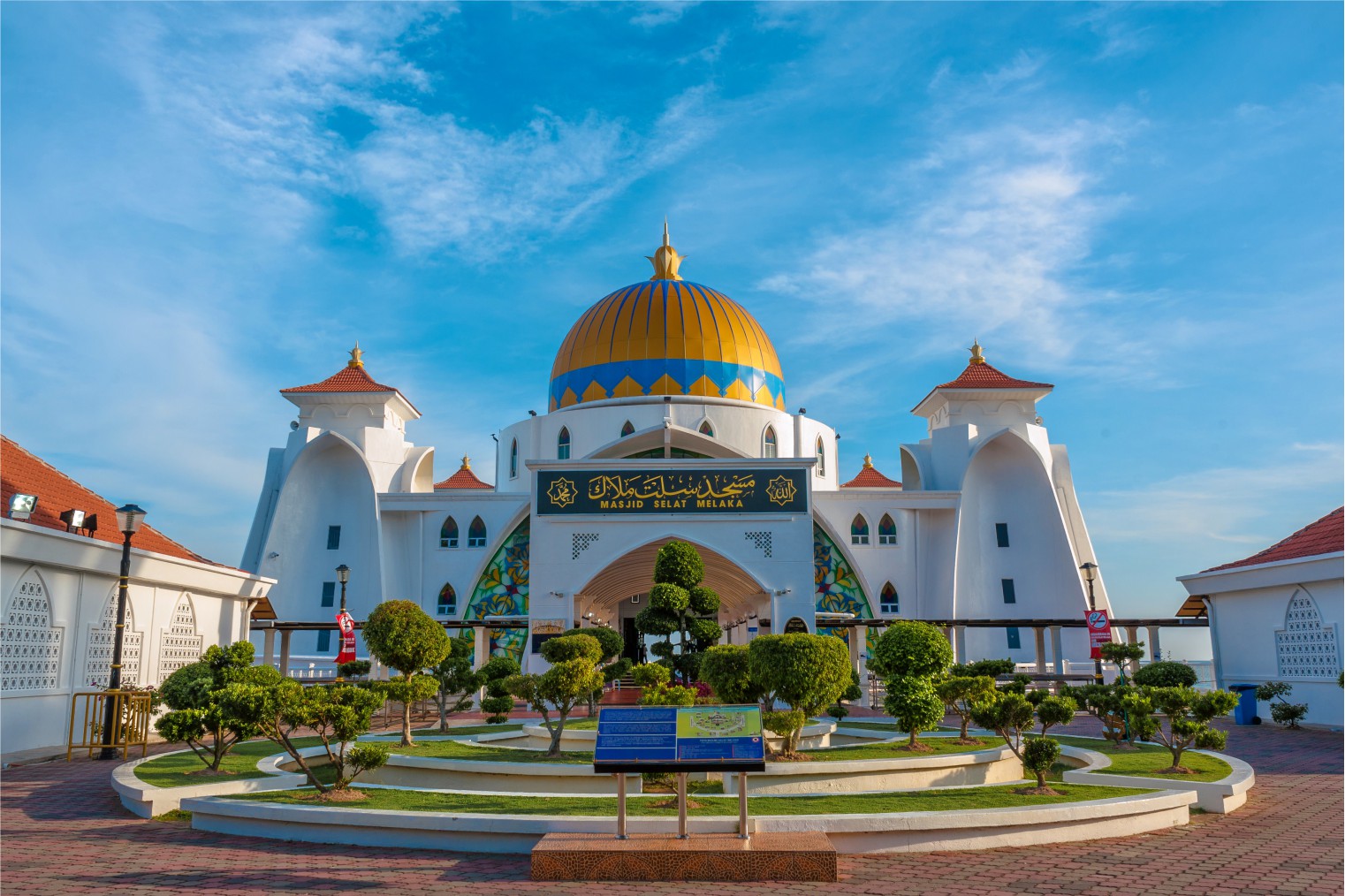 Malacca City (map) is the capital city of the Malaysian state of *Malacca.

Modern-day Malacca is a vibrant old city with a unique historical and cultural background from being the capital of a powerful Malay kingdom before the colonial era, as well as subsequent Portuguese, Dutch and British rule. The city centre was listed by UNESCO as a World Heritage Site in July 2008, along with Georgetown, Penang.

On Tuesdays, many museums, shops and restaurants are closed, especially in the Jonker Street area. If you have only one day to spend in Malacca, do not go on a Tuesday!

Chinatown (Jonker, Heeren and adjacent streets (map)). This is the residential heart of Old Malacca just west of the Malacca River, with its narrow winding streets, beautifully decorated houses, tiny shops, temples and mosques.The whole area is undergoing a renaissance with new shops, restaurants and hotels catering to tourists mushrooming everywhere. However, the area still has a lot of atmosphere and is worth having a look around.

One of the streets in this area is Harmony Street (officially Temple street or Jalan Tokong, map), so called because it contains the prayer houses of Malaysia’s three main faiths — the Cheng Hoon Teng Chinese temple (map), the Sri Poyatha Vinayagar Moorthi Hindu Temple (map), and the Kampung Kling Mosque (map).

Portuguese Settlement (map). Here is where the descendants of the Portuguese who conquered Malacca in 1511 live today. The settlement, just southeast of the city centre, consists of tidy rows of mostly wooden houses leading up to the Portuguese Square and Hotel Lisboa (sorry, unlike its Macau namesake, there is no casino here) on the waterfront.

The most interesting times to visit are during Intrudu – usually in February – when the you’ll get a Songkran-like drenching with buckets of water thrown at you; Festa San Pedro to commemorate the Feast of Saint Peter in June, when there are processions, cultural shows and general merry-making; and Christmas, when the whole settlement is decked in decorative lights.

Morten Village (Kampung Morten, map). A village of traditional houses, it is on the west bank of the Melaka River.

Melaka Straits Mosque (map) A newly-built mosque on the man-made island, Pulau Melaka, just off the coast the city. Spectacular at evening and night.

Malacca Sultanate Palace (map) was built to represent the Malay culture and Malaccan history during the sultanate era. The building was constructed without using any nails.

Dutch Square (map). Beautiful square around Christ Church and the Stadhuys. On this square you will find the Tang Beng Swee Clock Tower, it looks Dutch, but it is not. It was built in 1886.

Baba Nyonya Heritage Museum (map). Step back in time with a visit to this museum which is an actual Peranakan heritage town house and is a great example of Peranakan culture. Mandatory guide-led tour. Photography is forbidden.

Stadthuys (map). It is a reproduction of the former Stadhuis (town hall) of the Frisian town of Hoorn in the Netherlands which existed from 1420 until 1796. Nowadays, it houses the Museums of History and Ethnography. This is one of the oldest Dutch buildings in the east.

Bukit China (map) is the one of the largest Chinese cemetery outside of mainland China. Graves can be found here that go back to the late Ming dynasty (mid-17th century). The earliest grave found so far dates to 1622. When you climb on top of the hill, you will have a nice view of the town.

Melaka Raya (map) is where most of Malacca’s relatively limited nightlife is to be found, with many of the city’s pubs, discos and KTV located in that area.

A number of shopping malls and traditional art and craft shops are available around the city, with the most popular shopping malls being Dataran Pahlawan Malacca Megamall (map), The Shore (map), and the ÆON Bandaraya Melaka (map) shopping centres.

Generally the bus system in Malacca is worse than chaotic. Melaka Sentral (map) is the main bus and taxi terminal for the city, with services in and around the city as well as domestic services.

AIRPORTS >  Most international flights land at Kuala Lumpur International Airport. Largely thanks to budget carrier AirAsia, Malaysia is crisscrossed by a web of affordable flights with advertised “promotional” prices.

::: Source: Jump On My Shoulders