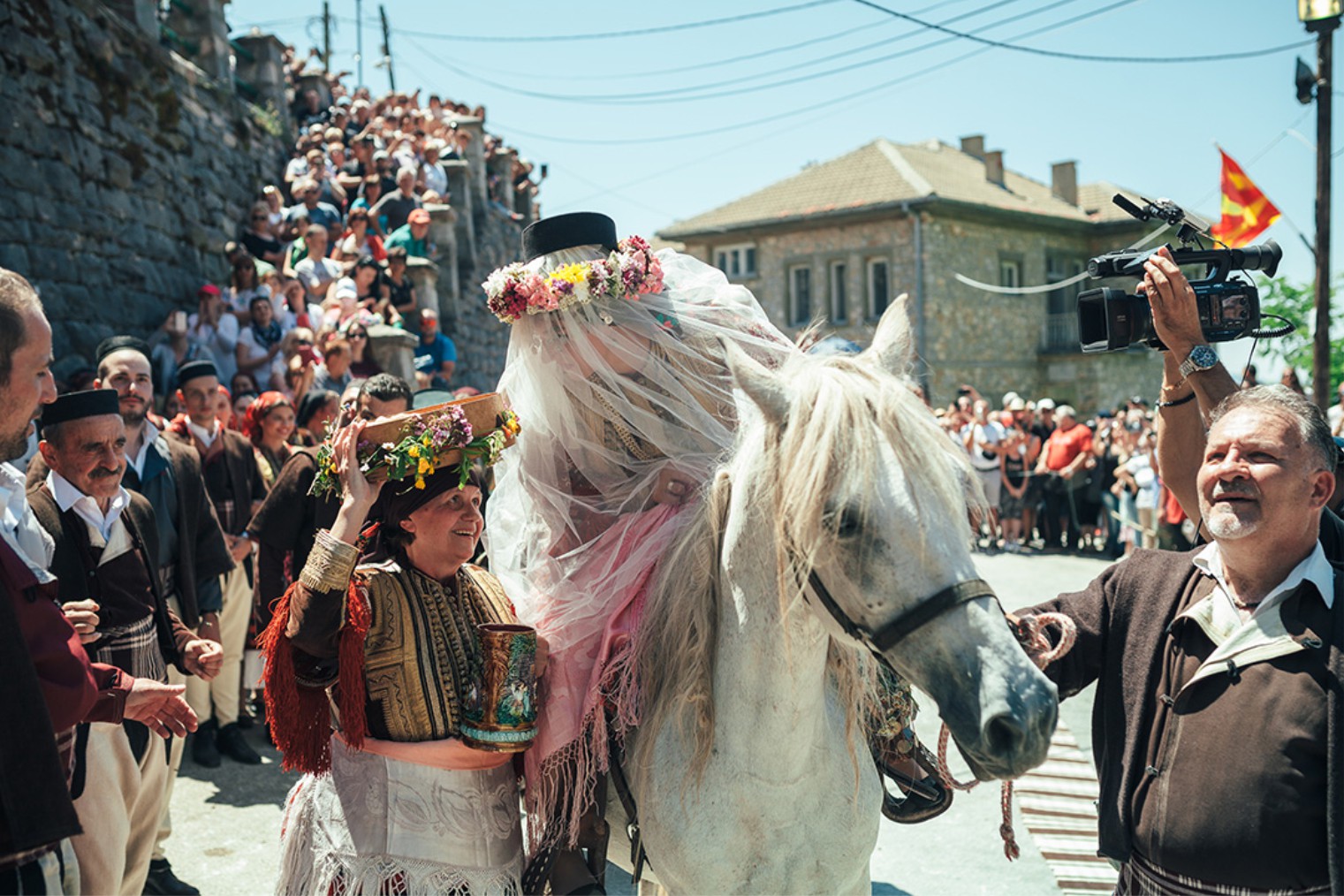 The 5th century Tvrdina Kale Fortress (map) is one of the main landsmarks, together with the beautiful Sveti Spas Church (map), the charming old Ottoman bazaar Čaršija (map) and the Kameni Most (map). This 600 year old Stone Bridge will take you right onto the city’s main square, where a gigantic statue of Alexander the Great awaits.

If you’re up for a hike, make your way up to the enormous Millennium Cross (map) on top of Vodno mountain, or take the rope railway to get the same views with less effort. If summer makes the city hard to bear, follow the locals to the cool shores of Lake Matka (map) just out of town, where you can explore the gorge and caves through hikes and kayak tours.

Smaller but a visitor’s favourite is the city of *Ohrid (map), famous for its countless Byzantine churches. Beautifully situated on Lake Ohrid, this place is listed by UNESCO as both a cultural and a natural monument.

Still, many will argue that North Macedonia’s best experiences can not be found in its cities, but rather in the stunningly beautiful mountain landscapes, remote monasteries and friendly rural villages. In any case, a tour of the countryside is a must-do for any visitor. Pelister National Park (map) is the oldest of the country’s three national parks and a popular destination for its typical Eastern European flora and fauna.

The larger Mavrovo National Park (map) offers great landscapes year round and is popular for winter sports in winter. It also holds the impressive Sveti Jovan Bigorski Monastery (map) and a relic of its namesake patron. There are dozens of other monasteries to see, of which the Monastery of Bogorodica and the Zrze Monastery are good picks.

North Macedonia has two international airports, the main airport in the capital Skopje International Airport and another in Ohrid St.Paul the Apostle Airport. There are around 150 flights a week from different European cities to Skopje.

Railway services into North Macedonia run from Serbia (Belgrade) and Kosovo (Pristina). National trains are slow, but they are nonetheless a nice alternative to hot, crowded buses in the summer. >> Bus travel in former Yugoslavia (wiki)

Eurobus is an international coach operator based in North Macedonia that has almost daily tours from Austria, Germany, Switzerland, Italy and Slovenia.