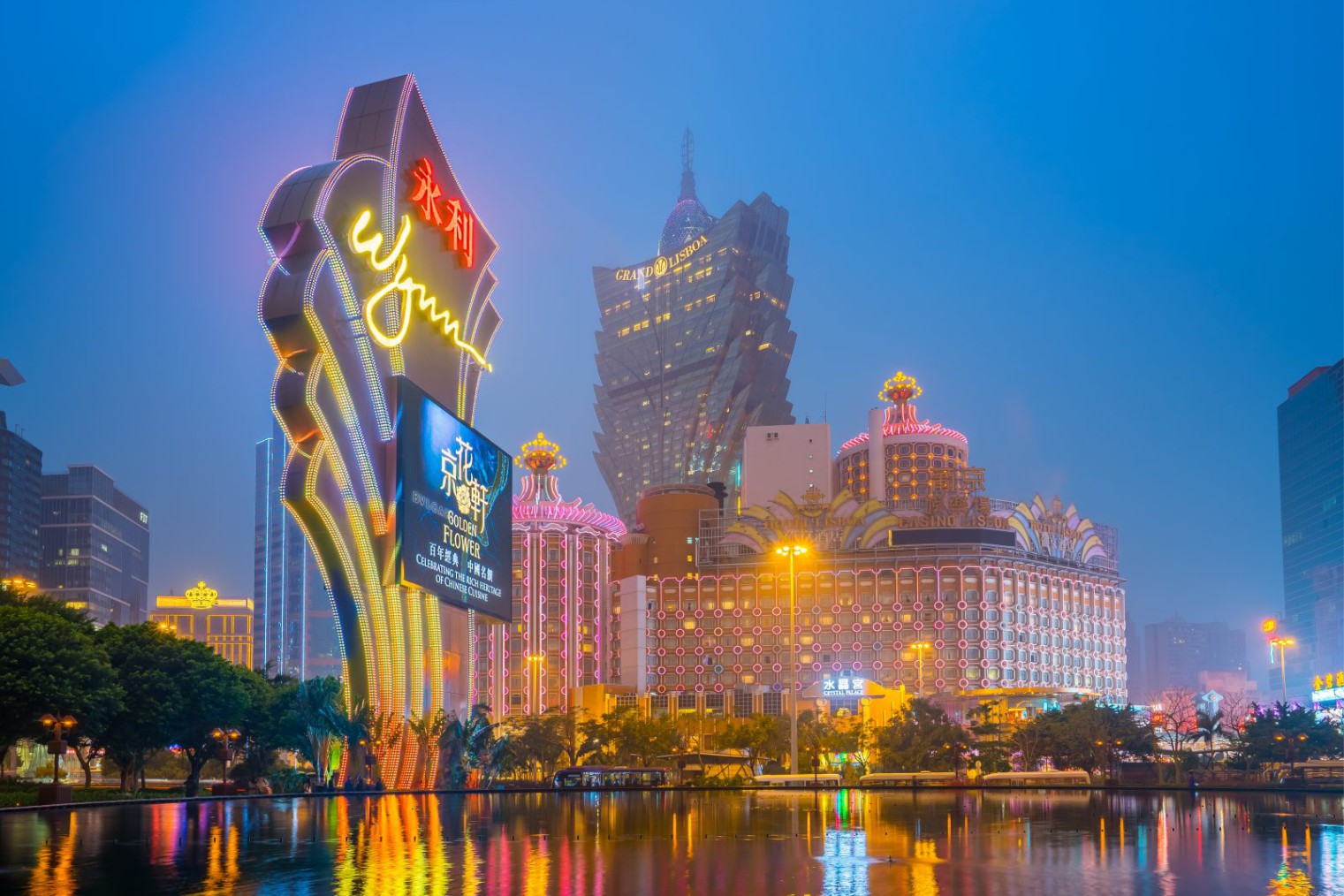 Macao or officially the Macao Special Administrative Region of the People’s Republic of China,  it is the most densely populated region in the world.

Formerly a colony of the Portuguese Empire. The colony remained under Portuguese rule until 1999, when it was transferred to China.

The unique blend of Portuguese and Cantonese architecture in the city’s historic center led to its inscription on the UNESCO World Heritage List in 2005. Macau is located on China’s southern coast, 60 km (37 mi) west of Hong Kong, on the western side of the Pearl River estuary.

As the first and last European colony in East Asia, Macau has more visible colonial history than Hong Kong. The buildings and cobblestone or patterned brick streets in many parts of the city, particularly the center of the old city and *Coloane (map), look much like somewhere in Mediterranean Europe.

Besides buildings, there are also hundreds of narrow alleyways forming a maze in the old part of Macau where the people of Macau carry out businesses and work. If the sheer density of humans gets to you, take a break and enjoy several pretty gardens or head to the islands.

As Macau was spared from the excesses of the Cultural Revolution, locals in Macau have retained many aspects of traditional Chinese culture that have been lost on the mainland.

Macau’s gaming industry is the largest in the world, generating over MOP195 billion (US$24 billion) in revenue and about seven times larger than that of Las Vegas.

The mixing of Cantonese culture and Portuguese culture and religious traditions for more than four centuries has left Macau with an inimitable collection of holidays, festivals and events. The biggest event of the year is the Macau Grand Prix each November, when the main streets of the Macau Peninsula are converted to a racetrack bearing similarities with the Monaco Grand Prix.

Food in Macau is mainly based on both Cantonese cuisine and Portuguese cuisine, drawing influences from Indian and Malay dishes as well, reflecting a unique cultural and culinary blend after centuries of colonial rule.

*Macau Peninsula (map) – is packed with old buildings left over from the colonial period. A large section has been designated a UNESCO World Heritage Site. The site contains 25 locations or buildings of cultural and historic significance, and the best way to cover them is to do the Macau Heritage Walk circuit. You’ll also most likely land in this district first if you enter the territory by sea or land as the main ferry terminal and the main land border crossing are located here.

*Taipa (map) – The island south of the peninsula, accessible via three bridges. It is a major residential center and is the location of Macau’s International Airport.

*Cotai (map) – it houses huge hotels and casinos, upscale shopping, sports facilities, golf courses and more. If you’ve been to Las Vegas it will seem very familiar, a playground for visitors from China and all over the world.

Macau’s two beaches, Hac Sa (黑沙, map) and Cheoc Van (竹灣, map), are on the southern side of Coloane island.

The greatest concentration of restaurants is in the Peninsula, where they are scattered throughout the district. Taipa is now a major destination for those going for Portuguese and Macanese food and there are many famous restaurants on the island.

There are a variety of bars and clubs along the Avenida Sun Yat Sen (map) close to the Kum Iam Statue (map) and the Cultural Centre (map) where you can have a good night out.