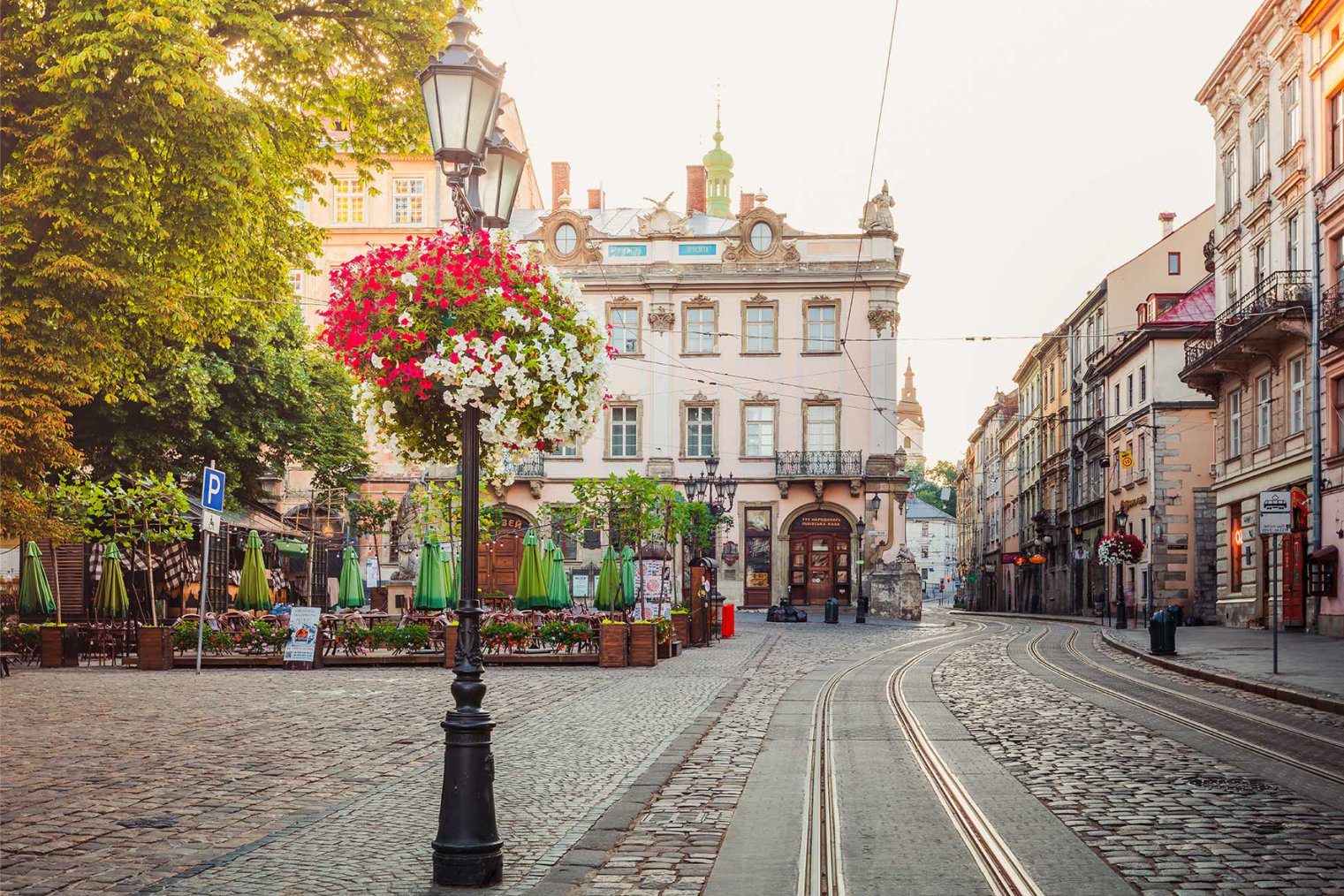 Lviv (map) is in Western Ukraine and used to be the capital of East Galicia. It’s the biggest city of the region and a major Ukrainian cultural centre on the UNESCO World Heritage List.

The city has a multicultural history but little of the evidence of this has survived until today. In its urban fabric and its architecture, Lviv is an outstanding example of the fusion of the architectural and artistic traditions of central and eastern Europe with those of Italy and Germany.

Lviv’s historic churches, buildings and relics date from the 13th century to the early 20th century (Polish and Austro-Hungarian rule). In recent centuries Lviv was spared some of the invasions and wars that destroyed other Ukrainian cities.

The buildings have many stone sculptures and carvings, particularly on large doors, which are hundreds of years old. The remains of old churches dot the central cityscape. Some three- to five-storey buildings have hidden inner courtyards and grottoes in various states of repair. Some cemeteries are of interest: for example, the Lychakivskiy Cemetery (map) where the Polish elite was buried for centuries.

The most notable of the museums are *Lviv National Museum (map) which houses the National Gallery. Its collection includes more than 140,000 unique items. The museum takes special pride in presenting the largest and most complete collection of medieval sacral art of the 12th to 18th centuries: icons, manuscripts, rare ancient books, decoratively carved pieces of art, metal and plastic artworks, and fabrics embroidered with gold and silver.

Ratusa (Town hall) (map), Market (Rynok) Square is a major tourist attraction in Lviv. You can climb the tower of the town hall: go in via the main entrance, wander about until you see a sign ‘вхид на вежу’, then follow those signs up 103 steps to a ticket-office and up 305 more steps to the top of the tower. There’s a great view of the Old Town, and this is clearly one of the romantic spots of the city.

The City Hall is made of brick, four-square plan, with patio, in 1830-1835, in the Viennese classicism style. Added the town hall a clock tower. Around the building on the square are three fountains in 1900s: first the Fountain Adonis (to Northeast) has an cup, which stands on the pavement, in the centre of a star, outlined in red and black stone.

BUS >   Lviv has an extensive tram and mini-bus network.

RAIL >   There are multiple daily trains, including several overnight options, from Kyiv, Odessa and many other Ukrainian cities with Ukrzaliznytsia.