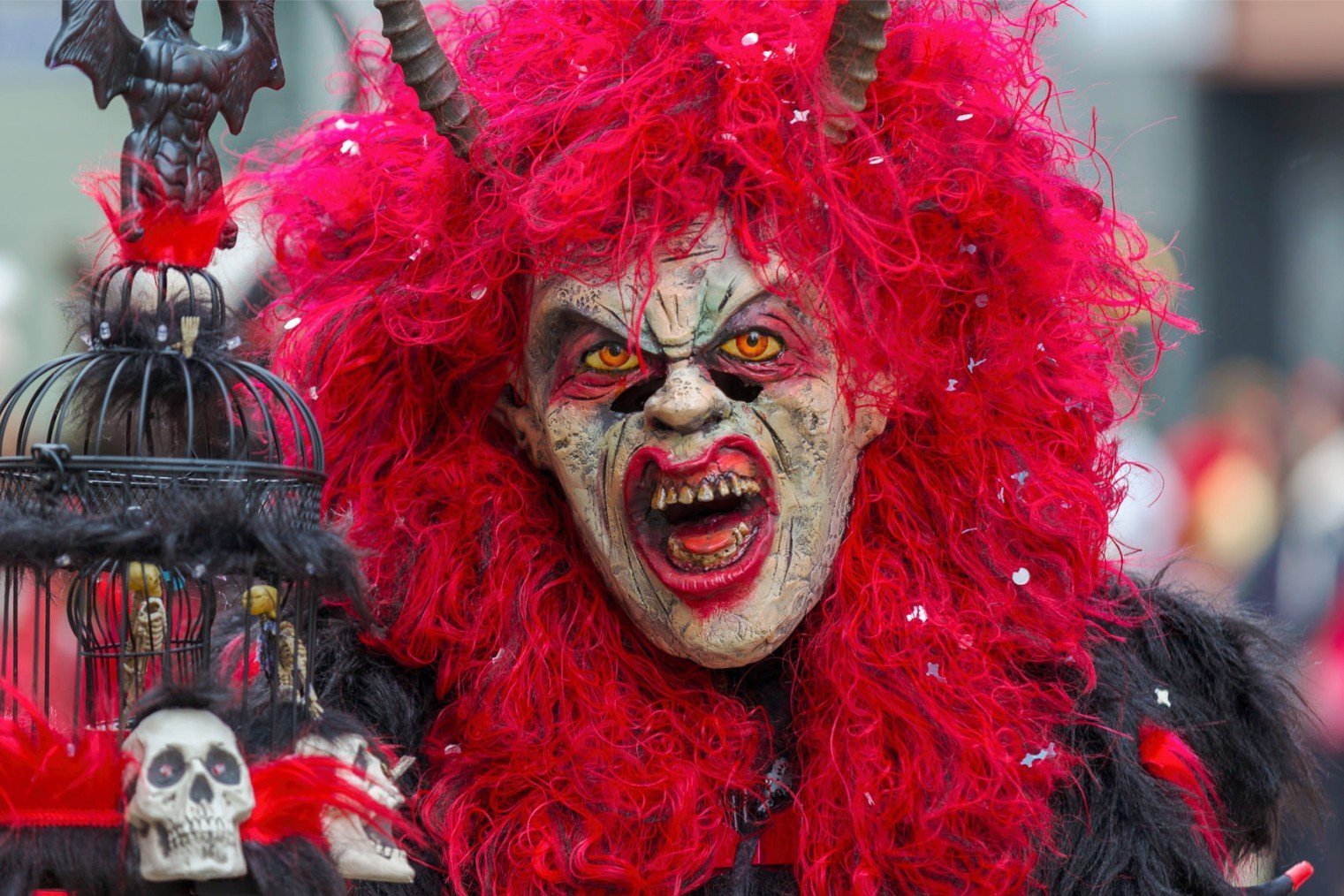 Every year, towards the end of winter, Fasnacht (Carnival) breaks out in the streets, alleyways and squares of the old town. This is a glittering outdoor party, where chaos and merriness reign and nothing is as it normally is.

Strange characters in fantastic masks and costumes make their way through the alleyways, while Guggenmusiken (carnival bands) blow their instruments in joyful cacophony and thousands of bizarrely clad people sing and dance away the winter.

Lucerne (map) is a beautiful small city in the heartland of Switzerland, where legend has it William Tell shot an apple off of his son’s head. Lucerne is a fine city to visit, and is a great base from which to explore famous Swiss sites such as the mountains Rigi, Pilatus, Titlis and the Rütli meadow.

The Lucerner Fasnacht, based on religious, Catholic backgrounds, starts every year on the Thursday before Aschermittwoch (Ash Wednesday) with a big bang at 5am called Morgenwacht (Morning Watch). There are big parades in the afternoon on Schmotzige Donnerstag (Lardy Thursday) and the following Monday, called Güdismontag (Paunch Monday), which attract tens of thousands of people.

Lucerne’s Carnival ends with a crowning finish on Güdisdienstag (Paunch Tuesday) evening with the Monstercorso, a tremendous parade of Guggenmusiken, lights and lanterns with even a larger audience.

Rather recently a fourth Fasnacht day has been introduced on the Saturday between the others Fasnacht days, the Rüüdige Samstag while mainly several indoor balls take place. From dusk till dawn on the evenings of Schmotzige Donnerstag, Güdismontag, and after the Monstercorso many bands wander through the historical part of the city playing typical Fasnacht tunes.

Until midnight, the historical part of the city usually is packed with people participating. A large part of the audience are also dressed up in costumes, even a majority in the evenings.

Being the cultural center of a rather rural region, Lucerne regularly holds different folklore festivals, such as Lucerne Cheese Festival, held annually.

Weekly Market (map). Every Thursday and Saturday from 06:00 to 13:00 along the Reuss river. The market has many local products and specialities.

Verkehrsbetriebe Luzern (VBL) – bus network. It covers the city and its suburbs.

RAIL >   There are hourly trains from Olten and Zürich Airport and half-hourly trains from Zürich, and a direct train every hour from Berne. The Swiss Travel System includes a rail network of 29 000 kilometres, including several popular rail lines. SBB-CFF-FFS. + TGV Lyria • InterCity Express (*Rail travel in Switzerland)