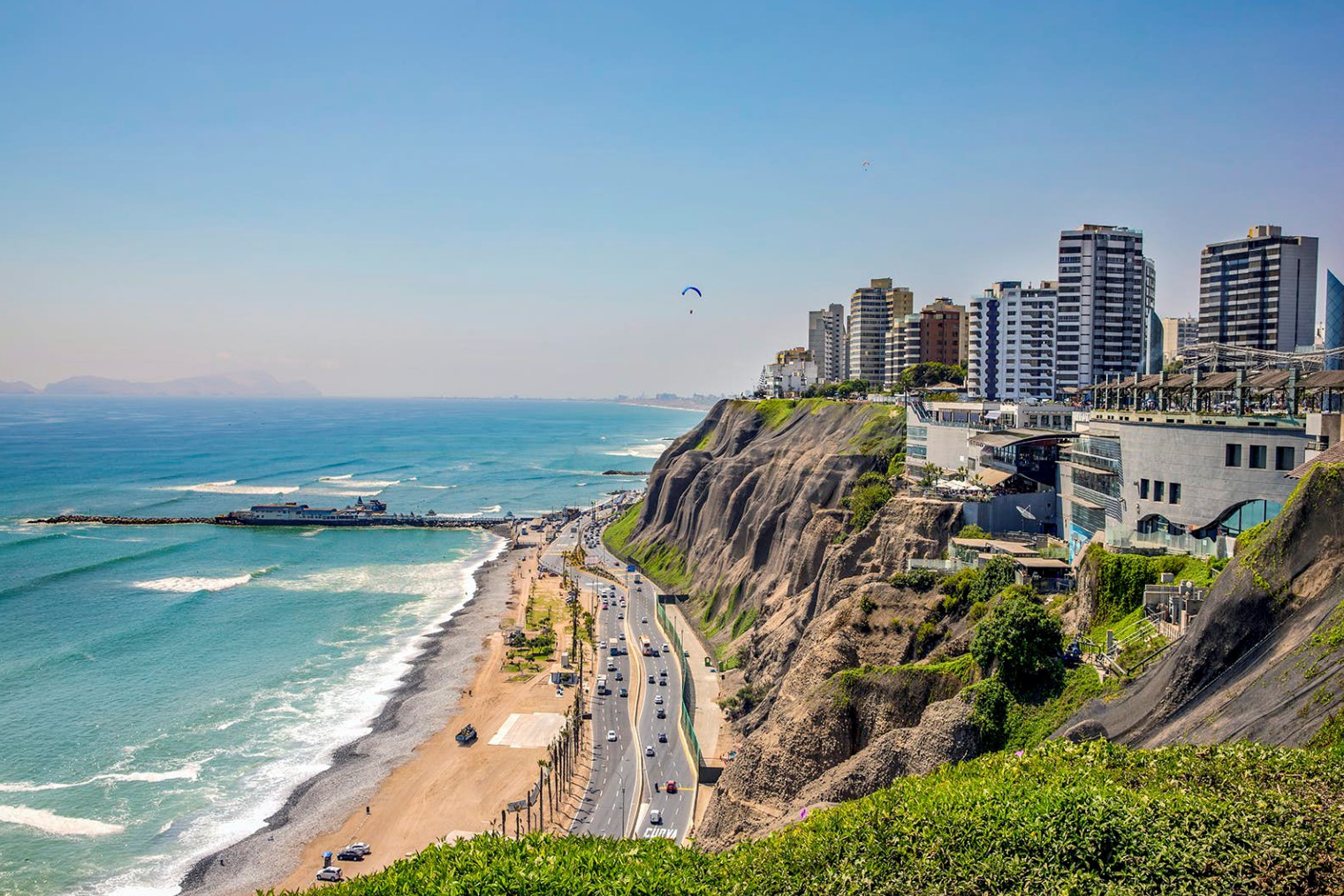 Lima (map) is the capital of Peru and its largest city. Founded in 1535 by the Spanish conquistador Francisco Pizarro. Lima was the seat of Spanish rule for 300 years, and as such it has wonderful churches, cloisters and monasteries.

Lima’s pre-Hispanic and colonial architecture is beautiful and the city has several museums (such as the Museo Larco, map) that tells the story of a country with a long history that produced a large number of coastal and Andean civilizations and many local cultures.

Lima is the best place to try Peruvian cuisine, which has a huge variety of ingredients from the coast, mountain and Amazon regions. The cold sea current that passes Peru’s long coast makes the sea very rich in fish and seafood.

Strongly influenced by European, Andean, African and Asian culture, Lima is a melting pot, due to colonization, immigration and indigenous influences. The Historic Centre (Centro Histórico) was declared a UNESCO World Heritage Site in 1988. Some examples of colonial architecture include the *Monastery of San Francisco (map), the Plaza Mayor, the *Cathedral Basilica of Lima (map), Convent of Santo Domingo (map) and the Palace of Torre Tagle (map).

Also notable is the Sanctuary of Las Nazarenas (map), the point of origin for the Lord of Miracles, whose festivities in the month of October constitute the city’s most important religious event.

Beaches are visited during the summer months, located along the Pan-American Highway, to the south of the city in districts such as Lurín (map), Punta Hermosa (map), Santa María del Mar (map), San Bartolo (map), Miraflores beach (map) and Asia (map).

The summers, December through April, are sunny, hot, and muggy. During winter, June through October, the weather is dramatically different. Grey skies, breezy conditions, higher humidity, and cooler temperatures prevail.

Lima is known as the Gastronomical Capital of the Americas. A center of immigration and the center of the Spanish Viceroyalty, chefs incorporated dishes brought by the conquistadors and waves of immigrants: African, European, Chinese and Japanese.

Despite the wide range of choice in Lima’s many restaurants, ceviche is surely number one on the list of dishes you must get to know, not only because it happens to be the Peruvian national dish, but because of its unparalleled delicious taste.

The Metropolitan Transport System or El Metropolitano is a new, integrated system, consisting of a network of buses that run in exclusive corridors under the Bus Rapid Transit system (BST)

The city has one big bus terminal next to the mall Plaza Norte (map). This bus station is the point of departure and arrival point for national and international destinations.

AIRPORTS >   The capital city of Lima has Jorge Chávez International Airport with frequent flights to/from all over the world. Airport Express Lima