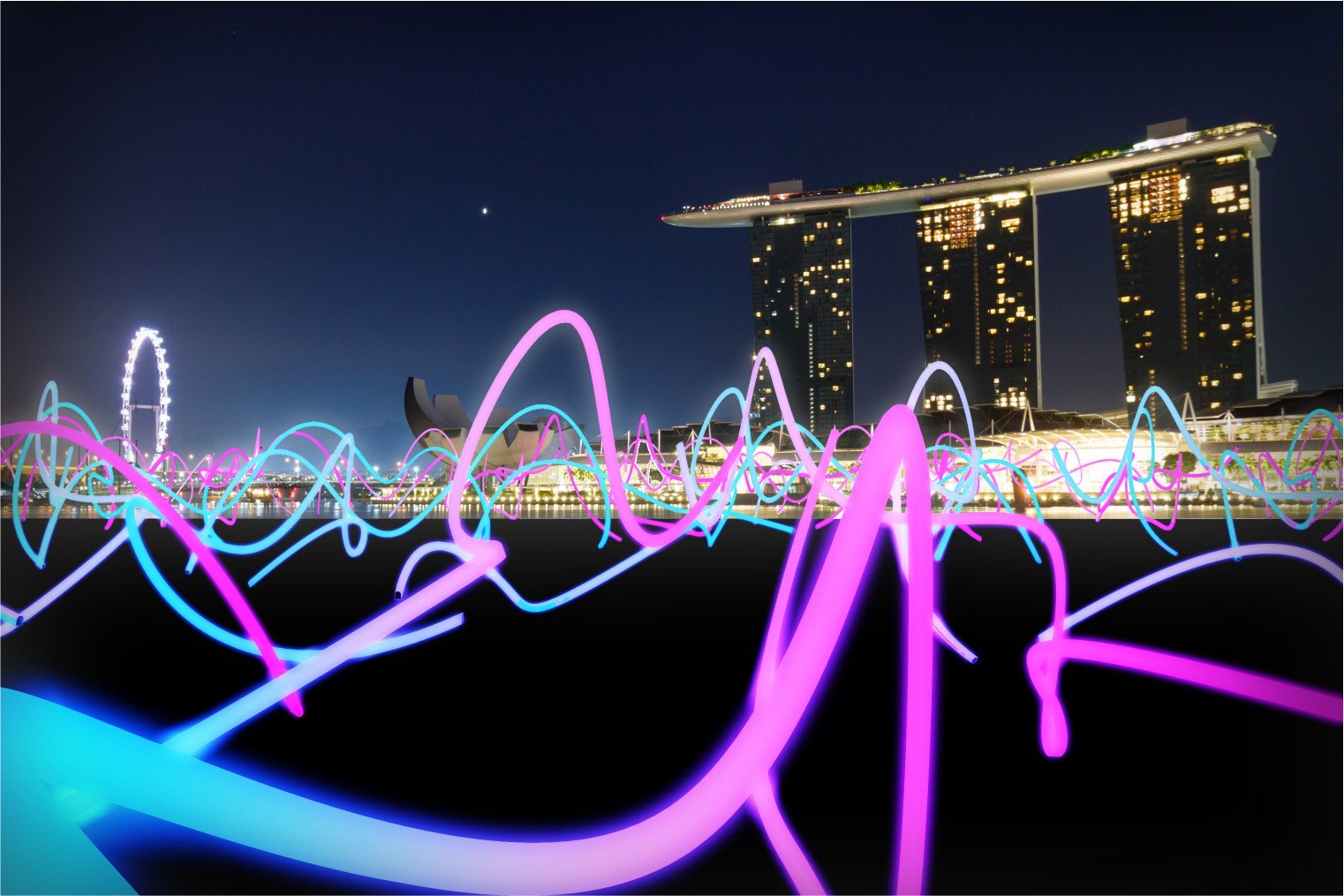 i Light Singapore, previously known as i Light Marina Bay, is a sustainable light art festival held in the *Marina Bay. The festival is organised and presented by the Urban Redevelopment Authority (URA).

The inaugural edition of the festival was held from 15 October to 7 November in 2010 and was originally part of Marina Bay Invitations 2010, a series of events planned to promote Marina Bay as a venue and destination. The festival showcased about 25 dynamic light art installations and sculptures as well as interactive and performance-based art displays by 14 artists from Singapore and 20 international artists. The artworks were arranged in a line around the Marina Bay waterfront promenade to form a Light Walk.

2019’s festival marked a special occasion for the nation, with the Singapore Bicentennial commemoration looking back on seven centuries of heritage, from its 14th-century status as an ancient port of call named Temasek to the turning point of 1819, which marked the arrival of *Sir Stamford Raffles on Singapore’s shores.

While i Light Singapore is traditionally held in Marina Bay, the special bicentennial edition saw an expanded presence across the city, with art installations lighting up the Civic District, the Singapore River and Raffles Terrace in Fort Canning Park.

Visitors were treated to a visual extravaganza at the festival, which recorded 249 art proposal submissions from 36 countries across the globe. Highlights included City Gazing Singapore, an installation by Dutch artists Mingus Vogel and Justin Bruns that suspended a breathtaking map of Singapore over The Lawn@Marina Bay.

Admission to the festival is free for all. The installations will be lit up every day from 7:30pm to 11pm, and during Fridays and Saturdays, festival hours are extended to midnight.