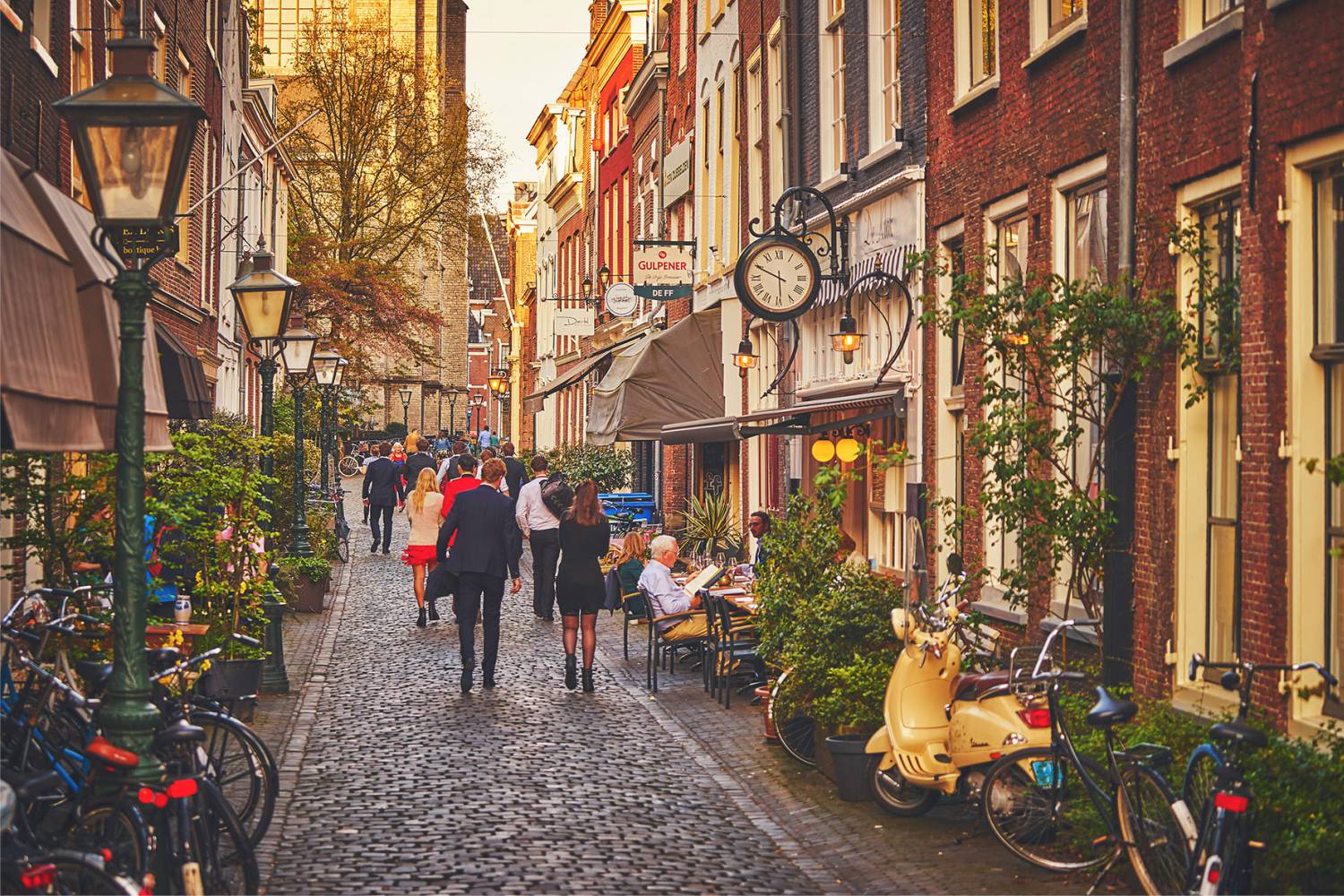 Leiden (historically known as Leyden, map) is easily one of the most enchanting cities in the Netherlands. It’s home to the oldest university (Leiden University) in the country, the birthplace of Rembrandt and breeding ground for ground-breaking science and Nobel laureates since centuries.

It’s a charmingly compact fortified city, packed with well-preserved historic heritage but with a young and lively atmosphere due to its large student population.

The large majority of sights are within the old city fortifications. It’s a compact area, easy to navigate on foot. Leiden at a distance of some 20 kilometres (12 miles) from The Hague to its south and some 40 km (25 mi) from Amsterdam to its north.

For faster exploring or to visit places further out, renting a bicycle is an excellent idea. Like all Dutch cities, Leiden is very bike-friendly and you’ll find it’s an extremely widely used means of transport where-ever you go.

Burcht van Leiden (Fort of Leiden, map). An old shell keep dated back to 11th century. This elevated borough is freely accessible and right in the heart of Leiden. After climbing the stairways you can walk around and enjoy the magnificent views of Leiden from above.

The area between the Oude Rijn and Nieuwe Rijn (map) is one of the most undisturbed bits of Leiden – go here if you like walking along canals without getting run over by shoppers. On the other side of the city centre (Weddesteeg, Galgewater) is the place where the canals recombine – this is one of the most beautiful spots in Leiden, with a windmill, the old city gate, a small park, and a wooden bridge over the river.

Haarlemmerstraat (map) and Breestraat (map) are the main shopping streets at the heart of the city center. They are both reachable within 10-15 min. walking from the central station.