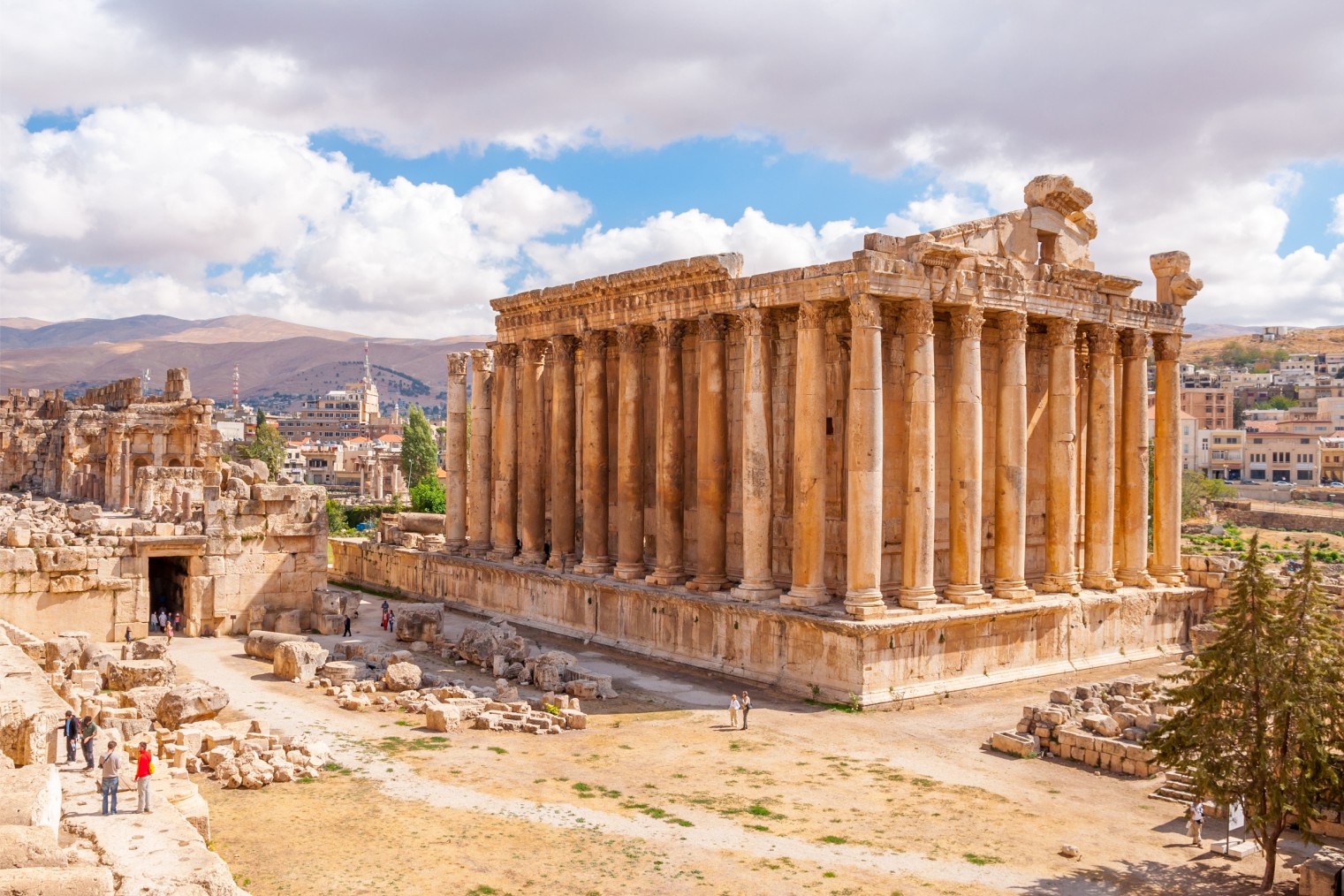 It is the smallest recognized sovereign state on the mainland Asian continent. The earliest evidence of civilization in Lebanon dates back more than seven thousand years, predating recorded history. Evidence dating back to an early settlement in Lebanon was found in *Byblos (map), considered one of the oldest continuously inhabited cities in the world. The evidence dates back to earlier than 5000 BC.

*Beirut – Lebanon’s capital, was widely regarded as “The Paris of the Middle East” or also “The Pearl of the Middle East”. *Tripoli (map) the second largest city which has seen many empires, with a famous souk, the 5,000-year-old Tripoli Castle, and one of the oldest ports in the world in its neighboring city El Mina (map).

*Baalbek (map) – a Phoenician and Roman archaeological site. *Sidon (map) a 6,000-year-old city on the southern coast of Lebanon. *Jeita Grotto (map) recognized as one of the most magnificent limestone caves in the world. *Batroun (map) a small city in north Lebanon which has the famous *Mousaylaha citadel built by the Crusaders.

City link bus routes are available and cheap. Most buses for north Lebanon depart from the Charles Helou Station (map, east of downtown), while most buses to regions south or southeast of Beirut (including Damascus and Baalbek) depart from the Cola “Station” (map).

::: Source: Tolt around the world