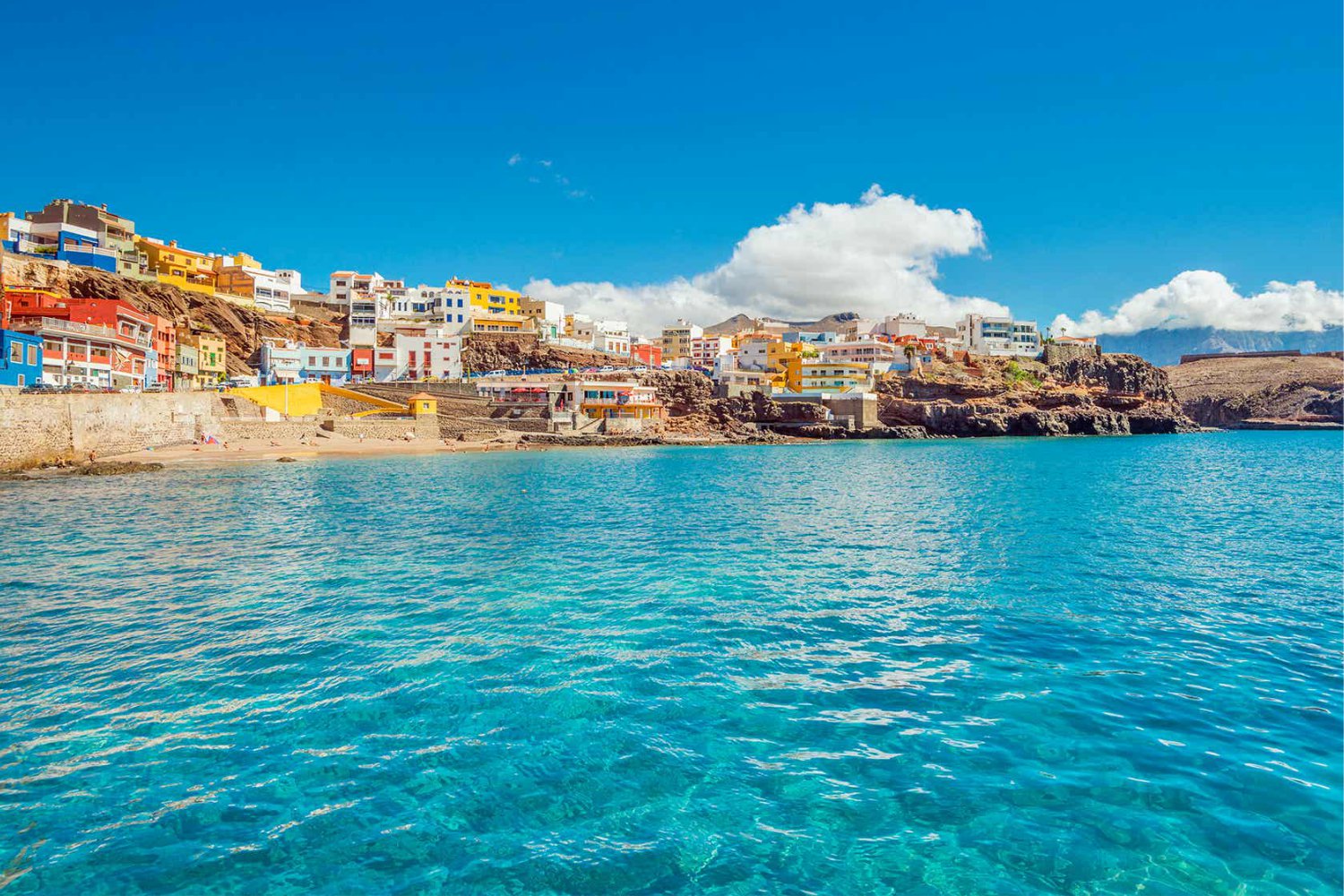 Las Palmas de Gran Canaria (map) is the capital (jointly with *Santa Cruz de Tenerife), the most populous city in the autonomous community of the Canary Islands.

Las Palmas is located in the northeastern part of the island of Gran Canaria, about 150 km (93 mi) off the Moroccan coast in the Atlantic Ocean.

Playa de Las Canteras (map). Almost 4 km in length, this beach is the very symbol of the city and its citizens.*Church of San Juan Bautista (map) built entirely in Arucas stone by local master masons, and it dates from 1909 (Initial Configuration from the 17th century).

There is no actual city centre. The nucleus is the picturesque old town Vegueta. The city has several districts:

Bandama Caldera (*Bandama Natural Monument, map) in Santa Brígida, Las Palmas is part of the Tafira Protected Landscape. It is considered a point of geological interest because of the Caldera de Bandama: this volcanic caldera reaches 569 m (1,867 ft) above sea level at the highest point on its rim, Pico de Bandama, and is about 1,000 m (3,300 ft) wide and 200 m (660 ft) deep.

Archaeological sites in Telde (map). Telde has 101 archaeological sites and 709 listed assets of ethnographic interest. In regard to the aboriginal time deposits, each year it expands its number or discover new aspects of old fields, but most are in disrepair and many are disappearing.

Some of the most prominent are the coastal town of Tufia (map), in good condition and extensively excavated by archaeologists; *Four Doors cave site, Telde, a large cave with four doors located on top of a mountain and overlooking the teldense plain

In 1492, Christopher Columbus anchored in the port of Las Palmas for a repair of the rudder of his ship Pinta and spent some time on the neighbour island on his first trip to the Americas. He also stopped there on the way back to Spain. The Colón House (map) – a museum in the Vegueta district of the city – is named after him.

Las Palmas has the best quality bus system in the archipelago and one of the best in Spain >> guaguas.com