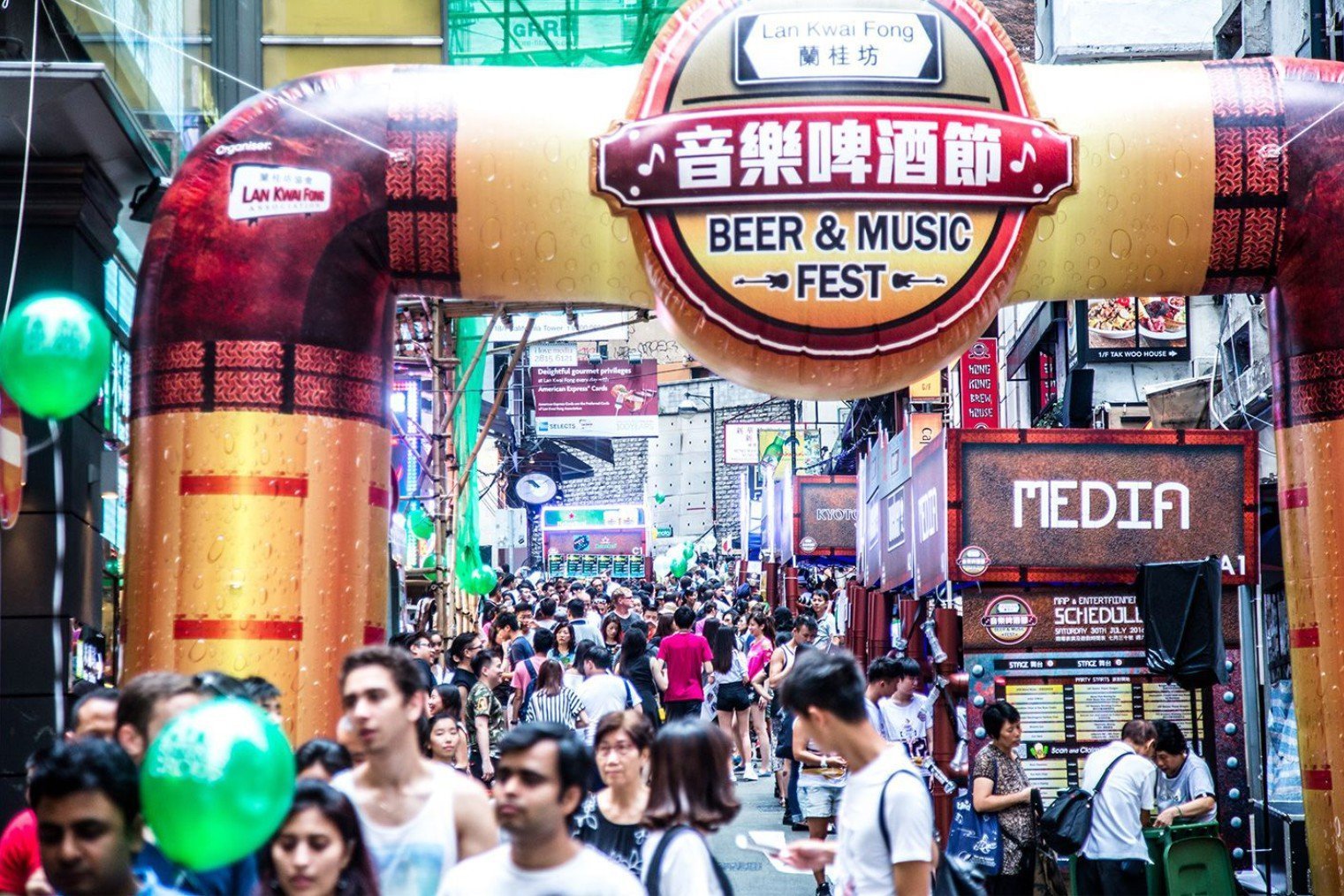 Lan Kwai Fong (LKF, map) is a small square of streets in *Central, Hong Kong. The area was dedicated to hawkers before the Second World War, but underwent a renaissance in the mid-1980s. It is now a popular expatriate haunt in Hong Kong for drinking, clubbing and dining. The street Lan Kwai Fong is L-shaped with two ends joining with D’Aguilar Street.

From the west side of the rectangle, Wo On Lane (map) and Wing Wah Lane (map) extend to host several more spots for drinks and food. The area arguably extends to Wellington Street and Wyndham Street, through to the Hong Kong Fringe Club (map). It is also home to a small number of art galleries.

Back in the 1870s, the street began its urban life as an area of prostitution. By the early 1900s it was popular with hawkers, or street traders.

On the doorstep of the Central business district, Lan Kwai Fong is favoured by the city’s young elite, as well as tourists, who wine, dine and party at an eclectic array of venues, from American to French, Chinese to Thai. It is centred around the small lane of Lan Kwai Fong itself and surrounding streets; festivals are staged here, such as the annual LKF Beer & Music Fest and the LKF Carnival, while holidays are celebrated in style – the Halloween night revelries are legendary!

The SoHo (map). Like much of Hong Kong, this district treads a precarious balance between preserving the Chinese and colonial culture that shaped it, and recent modern developments. The escalator is a quintessential symbol of modernity which has encroached on the residential neighbourhood, bringing with it expats and the bars, cafes and boutiques which help cocoon some from Cantonese traditions.

CityMapper – Hong Kong | The ultimate transport app and technology for mobility in cities.