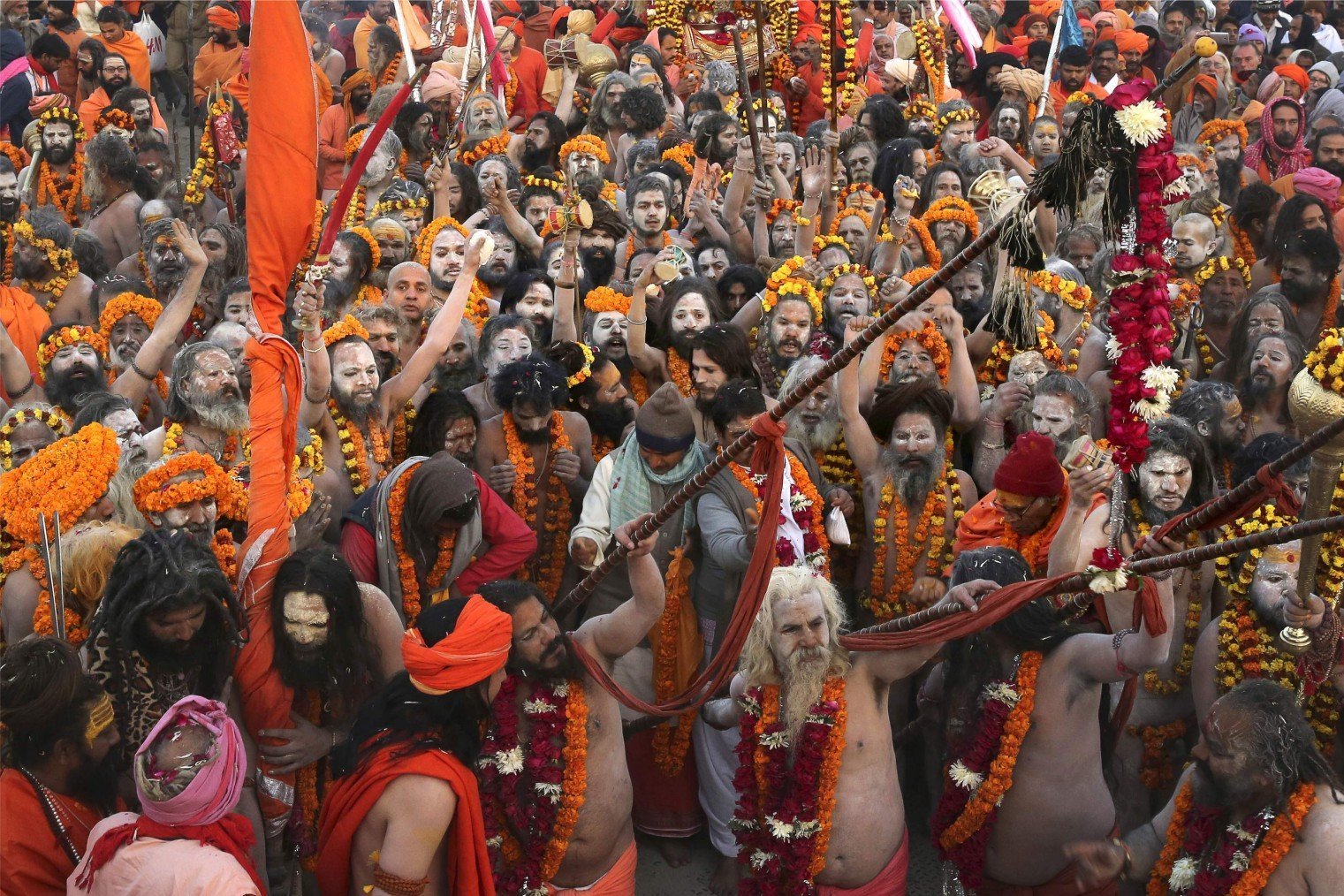 Kumbh Mela or Kumbha Mela is a major pilgrimage and festival in Hinduism. It is celebrated in a cycle of approximately 12 years, to celebrate every revolution Brihaspati (Jupiter) completes, at four river-bank pilgrimage sites: the Allahabad (*Prayagraj Kumbh Mela), Haridwar (*Haridwar Kumbh Mela), Nashik (*Trimbakeshwar Simhastha), and Ujjain (*Ujjain Simhastha).

The festival is marked by a ritual dip in the waters, but it is also a celebration of community commerce with numerous fairs, education, religious discourses by saints, mass feedings of monks or the poor, and entertainment spectacle.

Each festival attracts millions, with the largest gathering at the Prayag Kumbh Mela and the second largest at Haridwar. According to the Encyclopaedia Britannica, 60 million Hindus gathered for the Kumbh Mela in 2001. The festival is one of the largest peaceful gatherings in the world, and considered as the “world’s largest congregation of religious pilgrims”.

It has been inscribed on the UNESCO’s Representative List of Intangible Cultural Heritage of Humanity. The festival is observed over many days, with the day of Amavasya attracting the largest number on a single day. The Kumbh Mela authorities said that the largest one-day attendance at the Kumbh Mela was 30 million on 10 February 2013, and 50 million on 4 February 2019.

Bathing, or a dip in the river waters, with a prayer, is the central ritual of the Kumbh Melas for all pilgrims. Traditionally, on amavasya – the most cherished day for bathing – the Hindu pilgrims welcome and wait for the thirteen sadhu akharas to bathe first.

Darshan, or viewing, is an important part of the Kumbh Mela. People make the pilgrimage to the Kumbh Mela specifically to observe and experience both the religious and secular aspects of the event. Two major groups that participate in the Kumbh Mela include the Sadhus (Hindu holy men) and pilgrims.

Darshan focuses on the visual exchange, where there is interaction with a religious deity and the worshiper is able to visually “‘drink’ divine power.”

*Allahabad (map), now known as Prayagraj, is one of the holiest cities in India, is in Uttar Pradesh. About 80 million people are expected to visit the Kumbh Mela – a Hindu pilgrimage in Allahabad.

Deadly stampedes during Kumbh are commonplace: the enormous crowds frequently panic and defy police. Be aware of your surroundings, especially around the train station, bridges and rivers’ edge.

Basic sanitation is lacking in many areas. Pilgrims not using toilets, flooding, and lack of drainage make diarrhea outbreaks common. Drink and use only bottled water and bring anti-diarrhea medication.