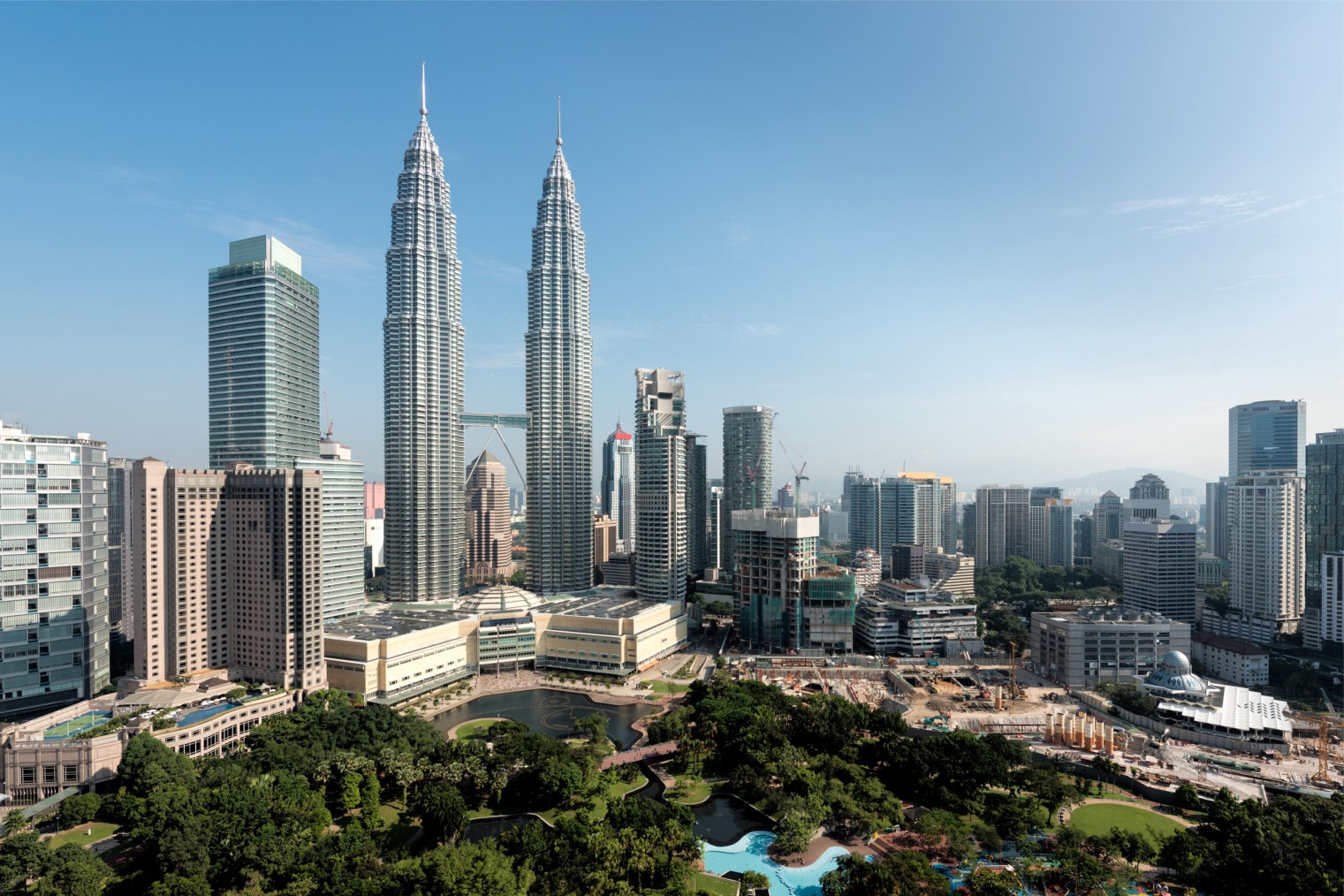 Officially the Federal Territory of Kuala Lumpur (map) and colloquially referred to as KL.  Kuala Lumpur is a cultural melting pot with some of the world’s cheapest 5-star hotels, impressive shopping districts, food from all parts of the world, and natural wonders within day-trip distance.

Founded in 1857 under British rule as a tin mining outpost, Kuala Lumpur is fairly new as far as Malaysian cities go and lacks the rich history of Georgetown or Malacca.

KL Sightseeing Walk (+gpsmycity.com). This 12 km (7.5 mi) walk across central Kuala Lumpur covers some of the main sights in the city centre.

Kuala Lumpur plays host to many cultural festivals such as the Thaipusam (worldtravelfamily.com) procession at the Sri Mahamariamman Temple (map).

Chinatown (especially Jalan Sultan, Jalan Hang Lekir and Jalan Petaling, map) in the city centre and Jalan Alor in the Golden Triangle have some of the greatest concentrations of coffee shops and stalls. They mostly open only at night.

busonlineticket.com • catchthatbus.com. The cheapest way to travel in Malaysia is by bus. All towns of any size have a bus terminal offering connections to other parts of the country. There are many companies of varying degrees of dependability, but two of the largest and more reliable are Transnasional and NICE/Plusliner. >> Bus Online Ticket

Transportation in the Klang Valley (wiki)