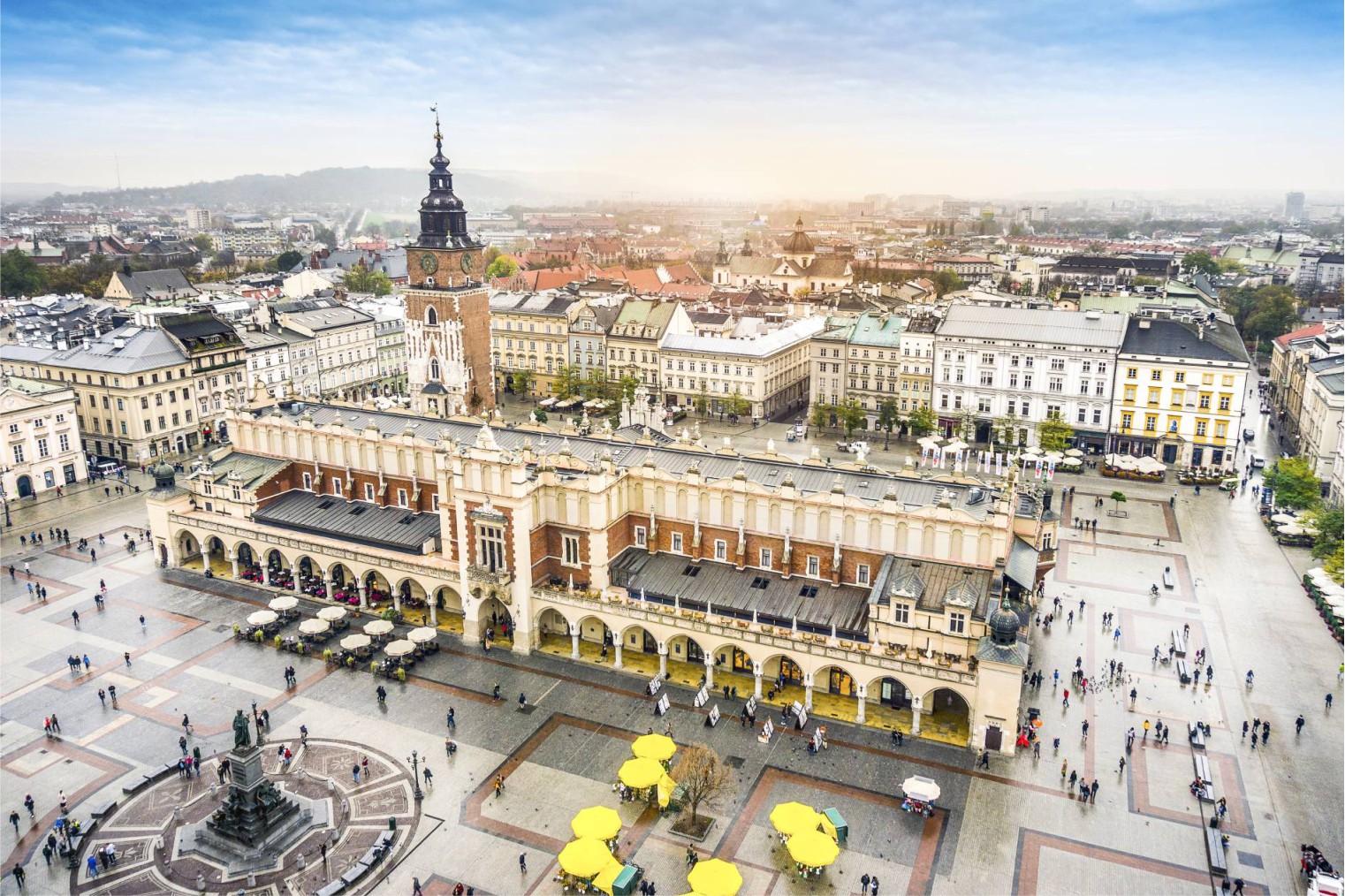 Kraków (map) is the chief city of Małopolskie Province, is the second-largest and one of the oldest cities in Poland. At its core is a beautifully-preserved medieval town on the banks of the River Wisła or Vistula, and it’s Poland’s top tourist draw.

The 16th century was Kraków’s golden age. Under the influence of the joint Polish-Lithuanian Jagiellonian dynasty, Kraków became a centre of science and the arts.

Even though the words Stare Miasto mean ‘old town’, it should not be confused with the historic old town of Kraków (map) itself, as the medieval old town is only a small central part of District I Stare Miasto.

*Old Town (map). Consists of the historic Kraków Old Town, as well as the Wawel castle hill (map). This district was included as a UNESCO World Heritage Site in 1978. These are the most popular tourist destinations, and if your time is limited, you would be best sticking to these. The Old Town district of Kraków is home to about 6,000 historic sites, and more than 2,000,000 works of art.

*Kazimierz (map). An area located really close to the Old Town. An independent city in medieval times with a Christian quarter in the West and a former largely Jewish quarter in the east. Also included on the UNESCO list.

Depending on your level of fitness, you can see the whole of the city centre without needing any transport. There are some beautiful walking routes, try the Royal Way or the Planty park that surrounds the old city all the way from Florian’s Gate to Wawel castle. It is very relaxing.

Royal Castle (map). The earliest parts of the present castle are medieval but most of it was built from the 16th C in Renaissance style, with baroque additions, surrounding an Italianate courtyard.

Wawel Cathedral (map) is known in full as Królewska Bazylika Archikatedralna śś. Stanisława i Wacława na Wawelu, or the “Royal Archcathedral Basilica of Saints Stanislaus and Wenceslaus on Wawel Hill”. The building is Gothic, built from 14th C. Several crypts and chapels house the remains of Poland’s monarchs, nobility, heroes and poets.

Palace of the Bishops of Krakow (Pałac Biskupow Krakowskich, map). Renaissance palace with a beautiful yard. It is world famous as the home of Pope John Paul II. Starting in 1963, he lived there as the bishop/cardinal of Kraków.

AIRPORTS >   Kraków Airport – The city’s airport is in Balice, 12 km west of the centre. Trains run between the airport (Kraków Lotnisko) upstairs hall and the main railway station (Kraków Główny).