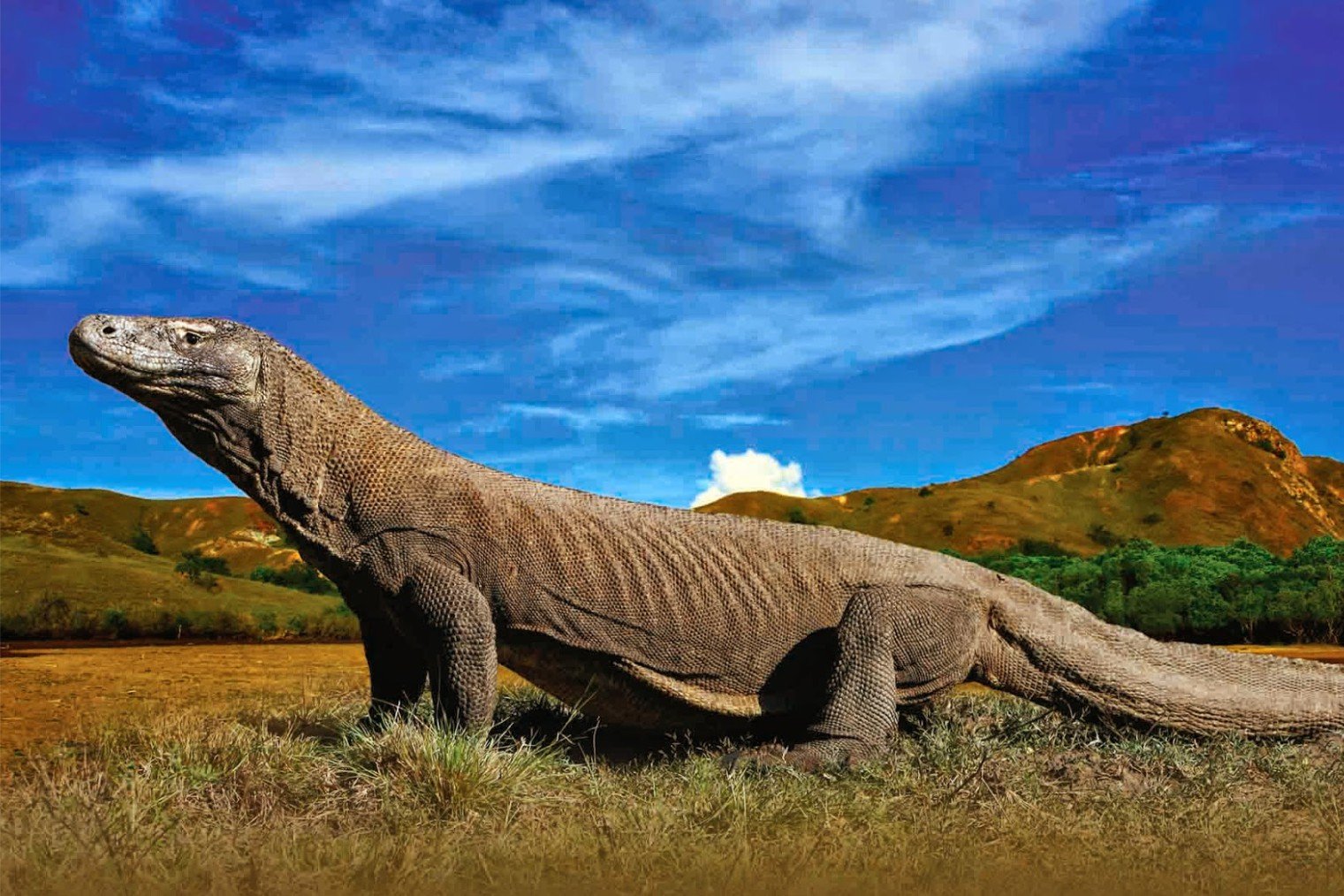 The main reasons to travel to Komodo National Park are the Komodo Dragons, the superb beaches and the unspoilt corals. The park was established to conserve the unique Komodo Dragon and its habitat. The boundaries include part of the island of *Flores (map), where there are actually even more dragons than on Komodo itself.

As far as the marine fauna is concerned, Komodo National Park includes one of the world’s richest marine environments. You need to buy the appropriate fees and permits at one of the park headquarters when you arrive on Rinca island or Komodo island.

The Komodo Dragon has a history of attacking humans. Beware of getting too close, and if you are visiting via the park’s office (which you should), ask for a guide and stick close to him. Do not wander off or do anything without his consent.

There are also wild pigs, monkeys and horses on Pulau Rinca (map), one of the two largest islands in the park. Komodo National Park has been selected as one of the New7Wonders of Nature. The waters surrounding Komodo island contain rich marine biodiversity. Komodo islands is also a part of the *Coral Triangle, which contains some of the richest marine biodiversity on Earth.

Many of the islands in the chain are either inaccessible to large boats or difficult to access. However with a sea kayak, you can travel anywhere you like, such as into small grottos and bays, around rocky points and slowly above shallow reefs brimming with fish.

For foreign visitors, the entrance fee will be IDR 315,000 for weekdays or IDR 390,000 for weekends and public holiday (as of Nov 2018). Tickets are purchased in the islands itself, and you will be receiving different tickets:

The ferry service (to and from the cities of Sape, on the eastern tip of *Sumbawa, and *Labuanbajo, on *Flores) drops off passengers on Komodo once or twice every week. There is no port on the island, so passengers are unloaded onto small vessels which take them into the island’s only village. (Some departures do not provide this service – check beforehand.)