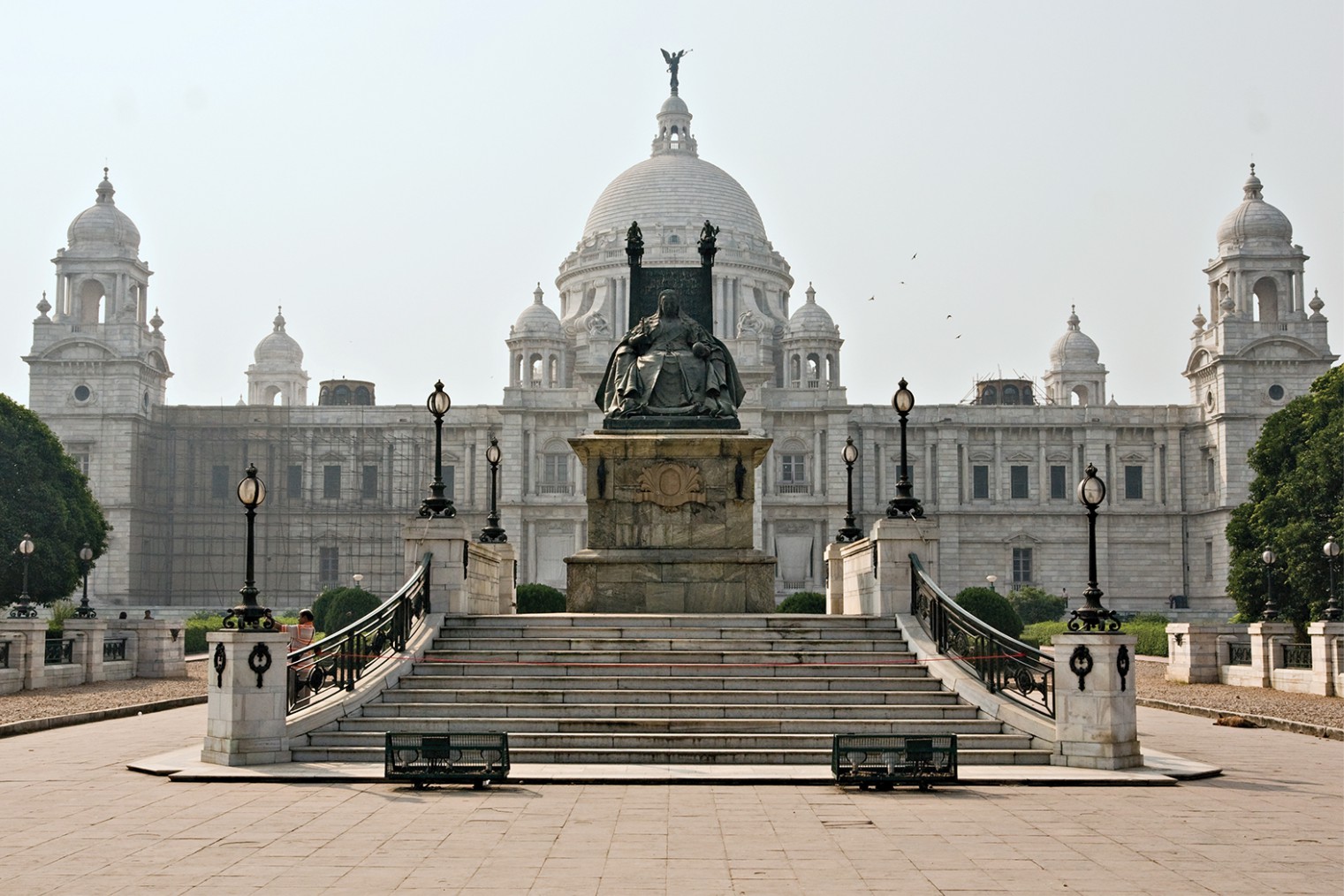 Kolkata (map); previously Calcutta, the official name until 2001, is the capital of the Indian state of West Bengal. Kolkata is an ‘in your face’ city that shocks and charms the unsuspecting visitor.

If your trip only allows for a visit of one or two of India’s metropolitan cities, then definitely consider placing Kolkata on your itinerary. Love it or hate it, you definitely won’t forget the ‘City of Joy’.

Calcutta was once nicknamed the City of Palaces. This comes from the numerous palatial mansions built all over the city. During the British colonial era from 1700–1912, Calcutta witnessed a spate of frenzied construction activity of buildings largely influenced by the conscious intermingling of Gothic, Baroque, Roman, Oriental and Islamic schools of design.

Kolkata’s history is intimately related to the British East India Company, which arrived in 1690, and to British India, of which Calcutta became the capital in 1772.

*North Kolkata (map). The older area of the city, a fascinating district dominated by narrow little lanes and hundreds of century-old buildings. Also here is the Kolkata station (map).

A walk along Chowringhee Road (map) sets the pace as you set out to unravel the rare beauty of this city. Across the road sweeps a huge, lush green, open parkland called the Maidan (map), centering around Fort William (map), the massive and impregnable British Citadel built in 1773. The fort is still in use and retains its well guarded grandeur. Visitors are allowed in with special permission only.

Kolkata is also the home of Indian Chinese food. Chinese restaurants are everywhere so try the Indian variant of hot and sour soup and the famous Indian Chinese dish of chilli chicken. The best place to have Chinese is to visit China Town near Tangra: EM Bypass.

Kolkata has long had a concentration of budget backpacker hotels in the Sudder Street (map) area and many of these are colonial era gems, albeit decaying ones. Sudder Street is centrally located and is well connected by public transport.

Kolkata Metro – It is the fastest, cleanest, most reliable, least crowded (though still rather crowded) and most efficient of all the transportation Kolkata has to offer.

calcuttatramways.com – is the only tram service in all of India, and the oldest surviving electric tram network of Asia.

RAIL >   South Eastern Railway / Eastern Railway | irctc.co.in >> Railways were introduced in India in 1853, more than one and half a century ago by the British, and today India boasts of the biggest network of railway lines in the world, and the rail system is very efficient, if rarely on schedule. It is one of the safest ways of travel in India. *Rail travel in India