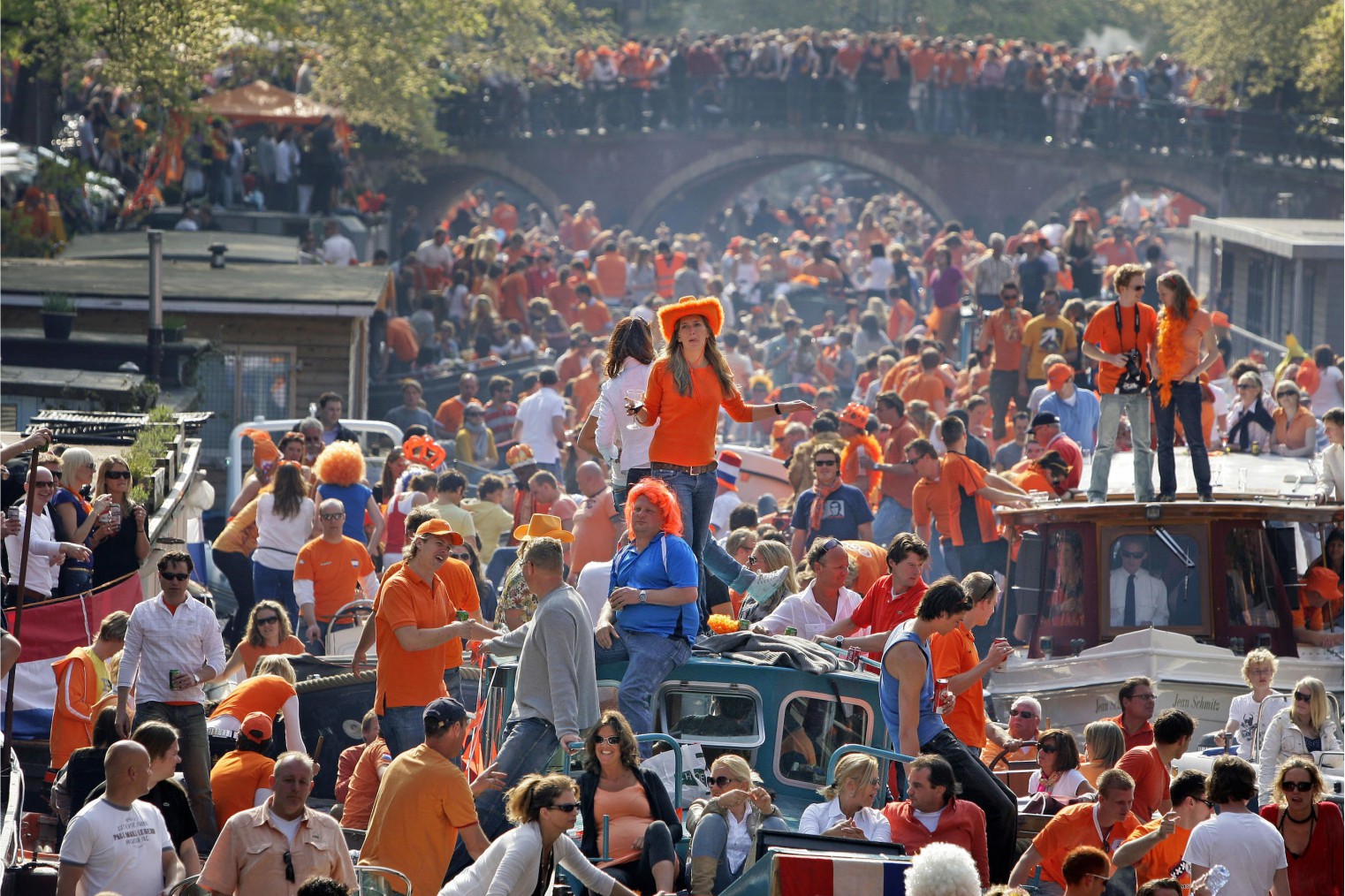 Koningsdag or King’s Day is a national holiday in the Kingdom of the Netherlands. Celebrated on 27 April (26 April if the 27th is a Sunday), the date marks the birth of King Willem-Alexander.

Until the abdication of Queen Beatrix in 2013, the holiday was known as Koninginnedag or Queen’s Day and was celebrated on 30 April.

Koningsdag is known for its nationwide vrijmarkt (“free market”), at which the Dutch sell their used items. It is also an opportunity for “orange madness” or oranjegekte, a kind of frenzy named for the national colour.

Koningsdag now sees large-scale celebrations, with many concerts and special events in public spaces, particularly in Amsterdam. An outdoor concert is held on Amsterdam’s Museumplein (map), where as many as 800,000 people may gather.

Many young people celebrate in the streets and squares (and in Amsterdam, the canals as well) throughout the night, and after all-night partying join the crowds at the vrijmarkt.

Those taking part in Koningsdag commonly dye their hair orange or wear orange clothing in honour of the *House of Orange-Nassau, which rules over the Netherlands. Orange-coloured drinks are also popular. This colour choice is sometimes dubbed “orange madness”, or in Dutch, oranjegekte.

The vrijmarkt (literally ‘free market’) is a nationwide flea market, at which many people sell their used goods. Koningsdag is the one day of the year that the Dutch government permits sales on the street without a permit and without the payment of value added tax.

Queen Beatrix has been known to buy at the vrijmarkt; in 1995 she purchased a floor lamp.

Among the most popular areas for the vrijmarkt in Amsterdam is the Jordaan quarter (map), but the wide Apollolaan in front of the Hilton hotel (map) in southern Amsterdam is gaining in popularity.

::: Source: Survival Guide to the Dutch