Kasbah of the Udayas. Rabat 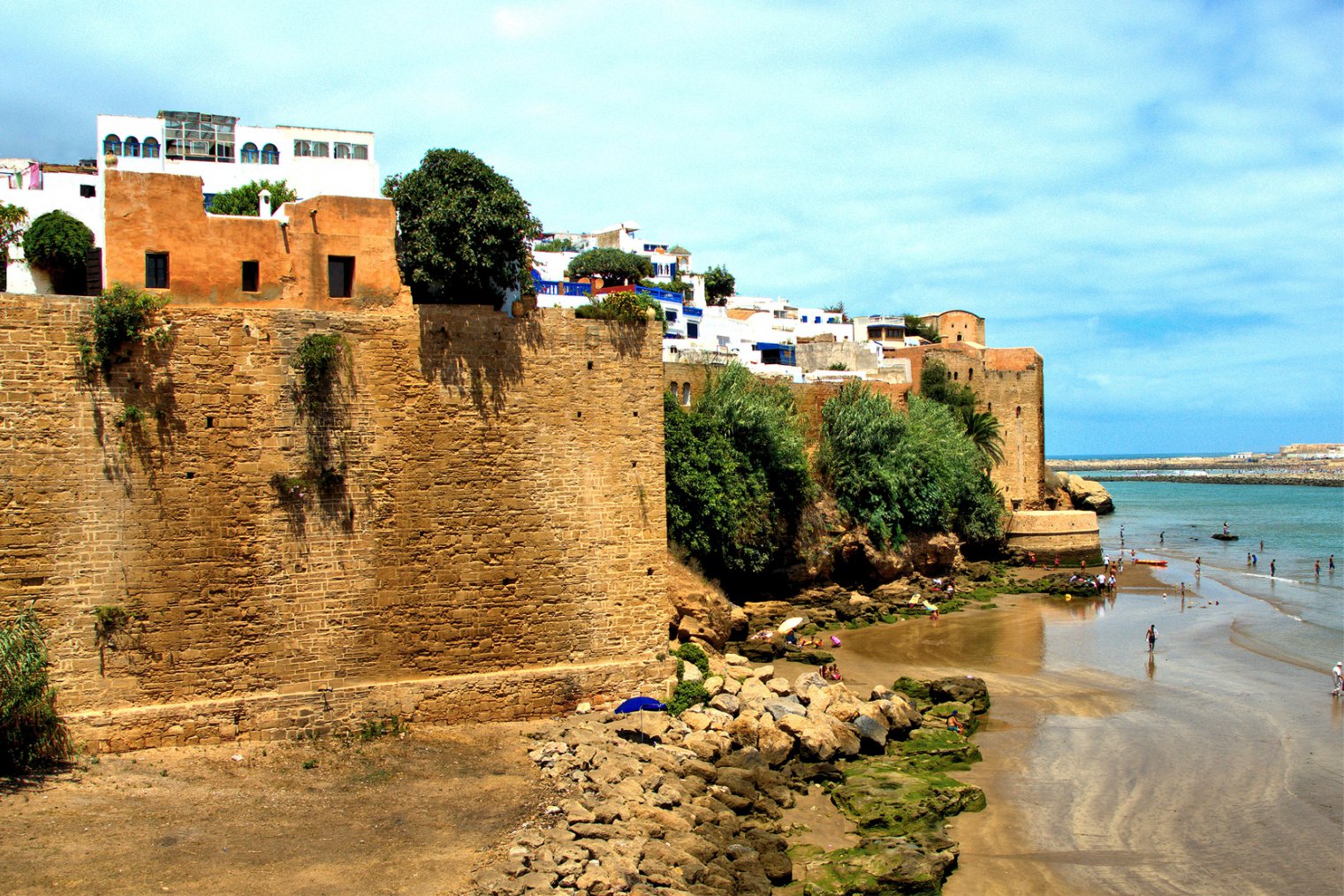 Kasbah of the Oudaias (map). It has narrow streets with cute white and blue houses, the Andalucian Gardens, and the Oudaias Museum housed in a 17th century palace. And a great view of the Atlantic Ocean. It is listed, along with other sites in Rabat, as a UNESCO World Heritage Site.

The Kasbah is the oldest part of *Rabat, literally “Fortified Place”, is the capital city of Morocco. There are many things to do here, as with most Moroccan cities it is enough just to wander around and adventure where something takes your fancy.

The monumental gate of the kasbah, located uphill and overlooking Rabat below, is considered one of most beautiful gates of Almohad and Moroccan architecture. The oldest current structure at the site of the Kasbah is its main mosque, the Jama’ al-‘Atiqa (“Old Mosque”). Dating from Abd al-Mu’min’s construction in 1150, it was largely restored in the 18th century.

Today, the Kasbah remains a popular free tourist attraction within Rabat, offering scenic views of the Plage of Rabat, the Bou Regreg river. It is mostly occupied by a residential neighborhood, known for its distinct blue and white walls.

The southern part of the kasbah includes a former pavilion (Museum of Oudayas, map) or palace residence built by Sultan Moulay Ismail (ruled 1672-1727) at the end of the 17th century. The museum’s collection expanded to include jewellery, musical instruments, ceramics, Qur’ans and manuscripts (some as old as the 12th century), costumes, silks, and carpets, all from different parts of the country. In 2006, following a restoration, it became the National Jewellery Museum, devoted to the history of Moroccan jewellery, along with some other objects.

BUS >   The bus companies mostly used by tourists are CTM, Pullman du sud and Supratours. Other companies do exist, though these three companies are usually the safest options, but mostly not the cheapest ones. It’s possible to get a bus from almost any town in the country to Rabat, but the buses often do not stop at the centre, but instead go through the city. It may be a good idea to use GPS, to ask someone which is the correct stop.

RAIL >   Rabat is well served by train and you can get frequent connections to most places. Marrakesh is a pleasant 4 hr journey, Fez 2½ hr (if you take one of the new express trains, and 3½ hr on other trains) and Casablanca 1 hr.