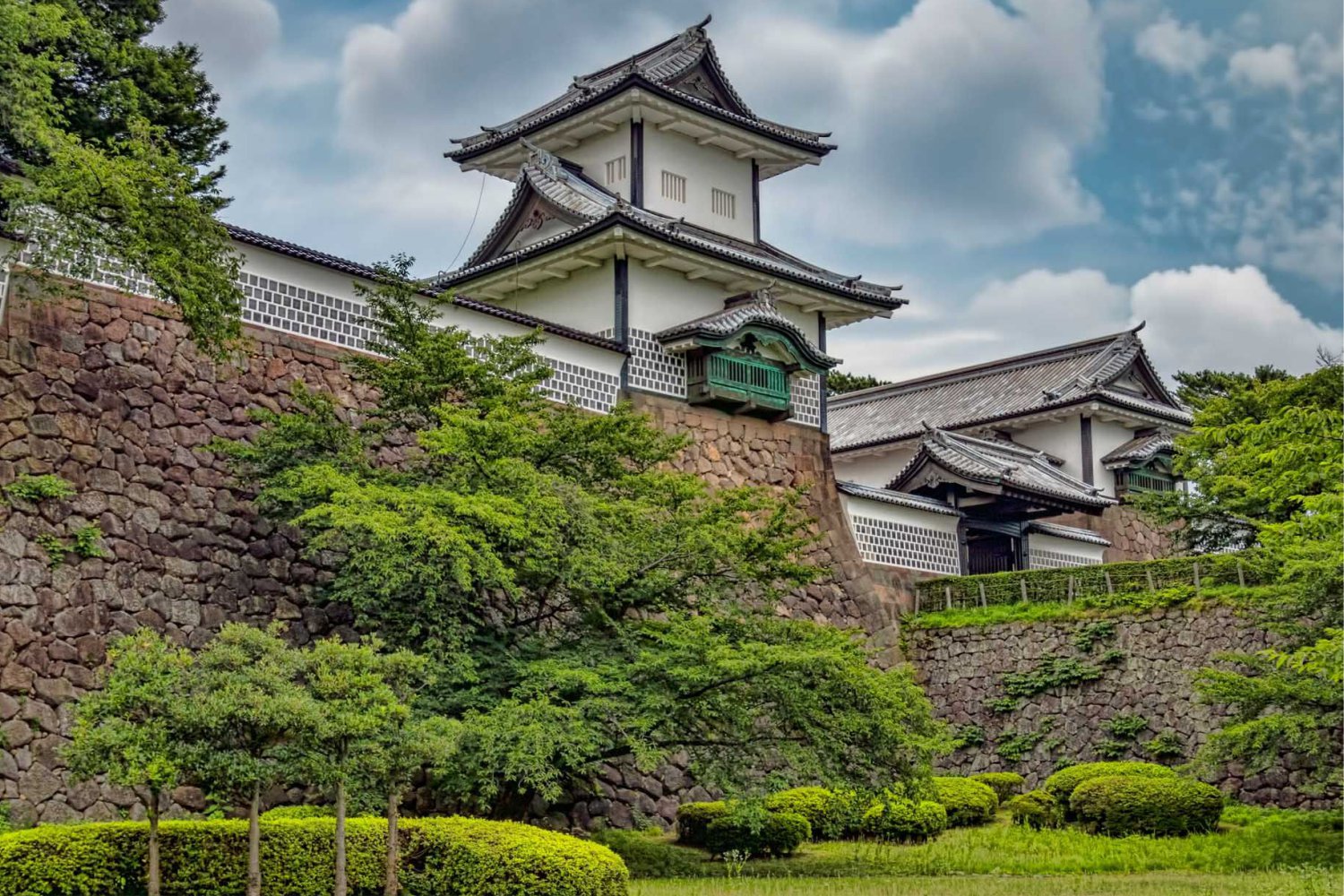 Kanazawa (map) is a historic city in Ishikawa prefecture, Japan. For travelers who want to see one of the best-preserved major Edo-period cities in the country, it’s hard to beat.

Its relatively remote location, on the “wrong” side of the island from the usual Tokyo > Kyoto > Osaka tourist trail, has perhaps unfairly contributed to it attracting so few foreign tourists.

The samurai, the merchants, the geisha, and the lords have all left their mark on Kanazawa in a compact, easily navigable central area. Kanazawa is part of the UNESCO Creative Cities Network as a City of Crafts and Folk Art.

Kanazawa is not a very large city and the main attractions for visitors tend to be concentrated around five neighborhoods.

1 – The area stretching between Kanazawa Station (map) and the Omicho market (map) has many modern hotels and stores, but also a plethora of smaller local traditional eateries and craft shops (which tend to be concentrated around Omicho market).

2 – Higashi-Chayagai (map). Located north of the Asano river, the area encompasses the famous geisha district of the same name as well as nice views over the river. The name “Higashi-Chayagai” means “the Eastern tea houses district”. There are several nice drinking and eating places, traditional inns and teahouses as well as shops selling local crafts.

3 – Tera machi (map). Located south of the Sai river, the area (whose name means “temple district”) houses many Buddhist temples (including the most famous, the Ninja temple, map) as well as the other main geisha district, the Nishi-Chayagai (map). The name “Nishi-Chayagai” means “the Western tea houses district”.

4 – Castle, Kenroku-en Garden and museums (map). Admittedly a large area, it stretches from the Castle grounds (map) to the north-west to the museum district to the south-east, and has the Kenroku-en Garden in its middle. Most of the city’s museums are within this area, including the 21st Century Museum of Contemporary Art (map), the various prefectural museums, and the D.T. Suzuki Museum (map).

5 – Kohrinbo (map) and Katamachi (map). This area is perhaps the liveliest in the evening, as it comprises many shops and many drinking and eating places. The western part of the area houses the Nagamachi Samurai District (map), with its old houses and lovely local craft shops.

From east (Higashiyama) to west (Teramachi) would take about an hour at a leisurely pace, though to see everything between them properly would take days.

Kanazawa can get a lot of rain, local proverb says “even if you forget your lunchbox, don’t forget your umbrella“.

AIRPORTS >   The nearest airport serving Kanazawa is in the city of Komatsu (komatsuairport.jp).