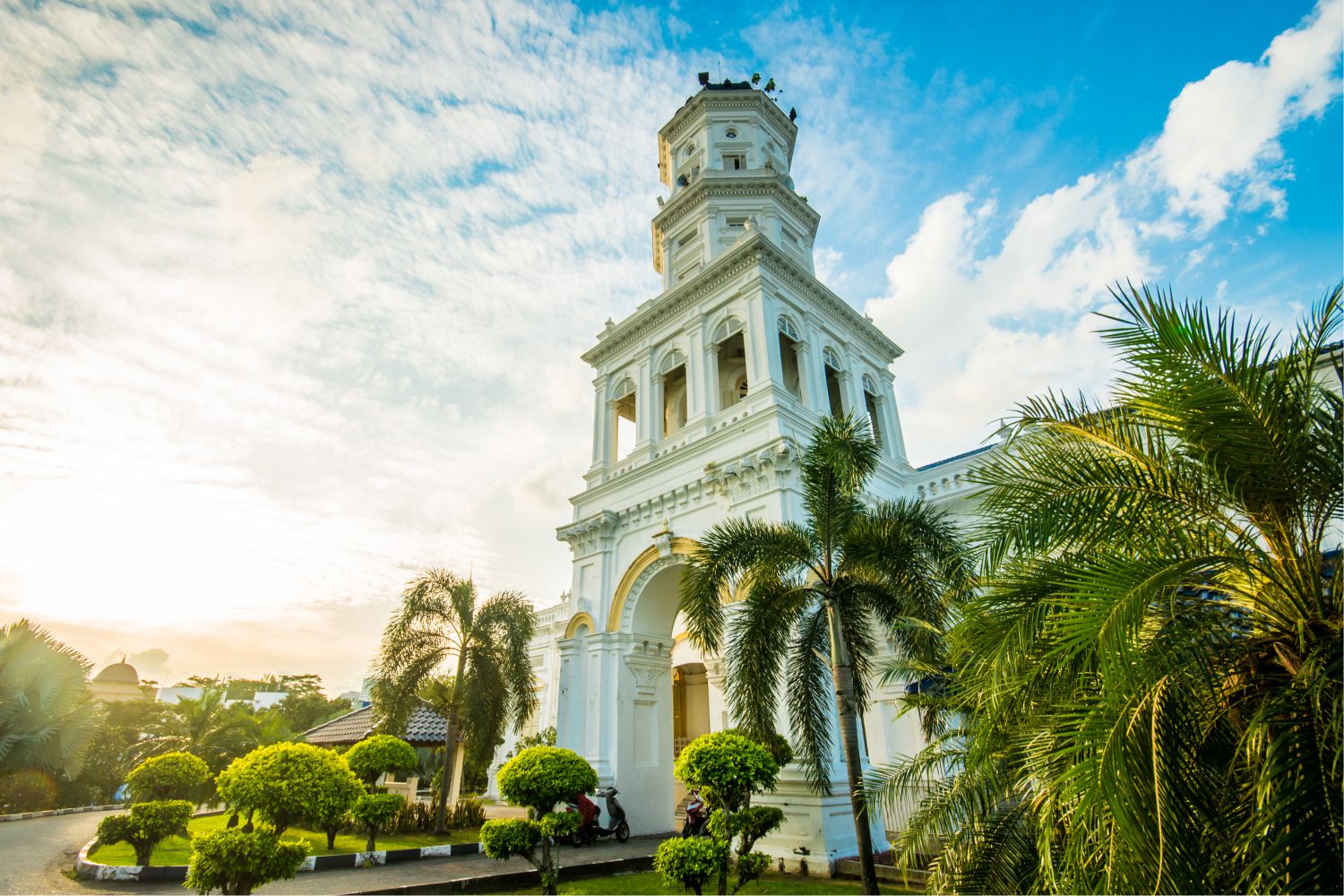 Johor Bahru (informally called JB, map) is a city and the state capital of Johor in Malaysia. Johor Bahru has a good mix of Malay, Chinese and Indian cultures, with racial and religious harmony actively promoted by the Sultan of Johor.

It is the third largest city of the country and the financial centre of the state of Johor. Johor Bahru together with Iskandar Puteri and Pasir Gudang cities and Kukup, Kulai, Pekan Nanas and Senai towns form the megaregion Iskandar Malaysia.

Shopping and eating in the city can be a real adventure, with many shopping complexes, restaurants, cafes and a wide variety of local, Asian and Western food establishments offering from street food to fine dining.

Johor Bahru has a well-mixed balance of things to see from historic, traditional and modern landmarks. >> *Johor Bahru landmarks

Arulmigu Rajamariamman Devasthanam Temple (map). Free admission for visitors. Everyone has their shoes in the racks beside the gate entrance. The temple also features the Indian Heritage Centre cultural centre.

Church of the Immaculate Conception (map). Built in 1883 in the British colonial style, it is one of the oldest structures still standing in Johor Bahru. Try to get here for the Tamil feast of Pongal in mid-January, when an intriguingly colorful harvest festival service is held within the church.

Johor Bahru Old Chinese Temple (柔佛古廟, map). There is a small museum behind the prayer hall which have illustrated descriptions of the five deities and the history of the temple, as well as giant photos showing *Chingay Parade. Photography is forbidden in the museum and captions are mostly in Chinese only. The temple organizes an annual 4-day Chingay Parade. The climax of the parade occurs on the night of the 3rd day when the deities are paraded around the city centre.

Sultan Abu Bakar State Mosque (map). Located on top of a small hill and overlooking the Straits of Johor, this state mosque took eight years to construct (1892-1900). It has four minarets that resemble British clock towers. It was inaugurated by Sultan Ibrahim. It is made of white marble and is a combination of Moorish and Victorian architecture.

B5 Johor Street Market (map). Pedestrian zone with container as theme. It consists of eateries, shops, supermarket and a performance stage for regular entertainment and art-related performances.

BUS >   Direct buses between Johor Bahru and many cities and towns in West Malaysia as well as Hat Yai in Thailand arrive at Larkin Sentral Terminal (map).

busonlineticket.com • catchthatbus.com. The cheapest way to travel in Malaysia is by bus. All towns of any size have a bus terminal offering connections to other parts of the country. There are many companies of varying degrees of dependability, but two of the largest and more reliable are Transnasional and NICE/Plusliner. >> Bus Online Ticket

Singapore Changi Airport (map) across the border in Singapore is commonly used by locals due to its better connections.