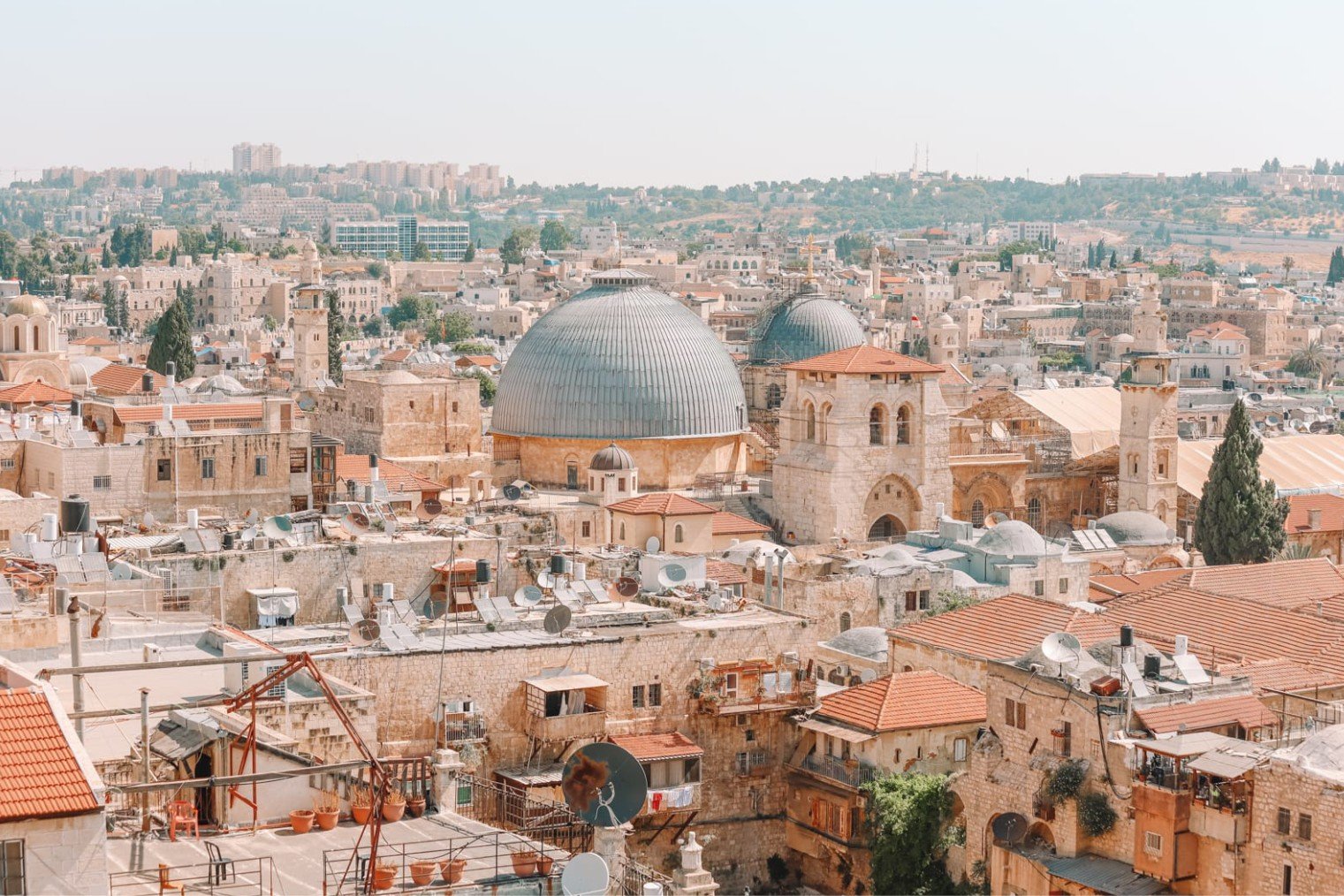 Jerusalem (map) is the capital and largest city of Israel, though most other countries and the United Nations do not recognize it as Israel’s capital.

The ancient city in the Judean Hills has a fascinating history spanning thousands of years. The city is holy to the three monotheistic religions – Judaism, Christianity and Islam, and serves as a spiritual, religious, and cultural center. Due to the religious significance of the city, and in particular the many sites of the Old City area, Jerusalem is one of the main tourist destinations in Israel.

Jerusalem of Gold, as it has come to be known in Hebrew, is a fascinatingly unique place where the first century rubs shoulders with the twenty-first century.

*Old City (map) is that part of Jerusalem surrounded by the impressive 16th-century Ottoman city walls and representing the heart of the city both historically and spiritually. In a city already divided, the Old City is further divided culturally and historically into four residential Quarters: (clockwise from the southeast) the Jewish (map), Armenian (map), Christian (map), and Muslim Quarters (map).

A fifth area, the Temple Mount/Haram esh-Sharif (map), contains the Dome of the Rock (map), Al-Aqsa Mosque (map), and other Muslim religious sites, and was once the site of the Jewish Temple. The whole Old City is a UNESCO World Heritage site.

Getting around Jerusalem used to be tricky time consuming and frustrating as the terrain and age of the city left clogged roads unable to handle modern population numbers. The building of the light rail line has mitigated this but where the light rail doesn’t go the going may still be slow.

The light rail runs past many areas of interest to tourists. Listed from east to west:

The light rail runs from about 05:30 to midnight. Its frequency is every 6 minutes during the day and less often at night. Like buses, it does not run on the Sabbath.