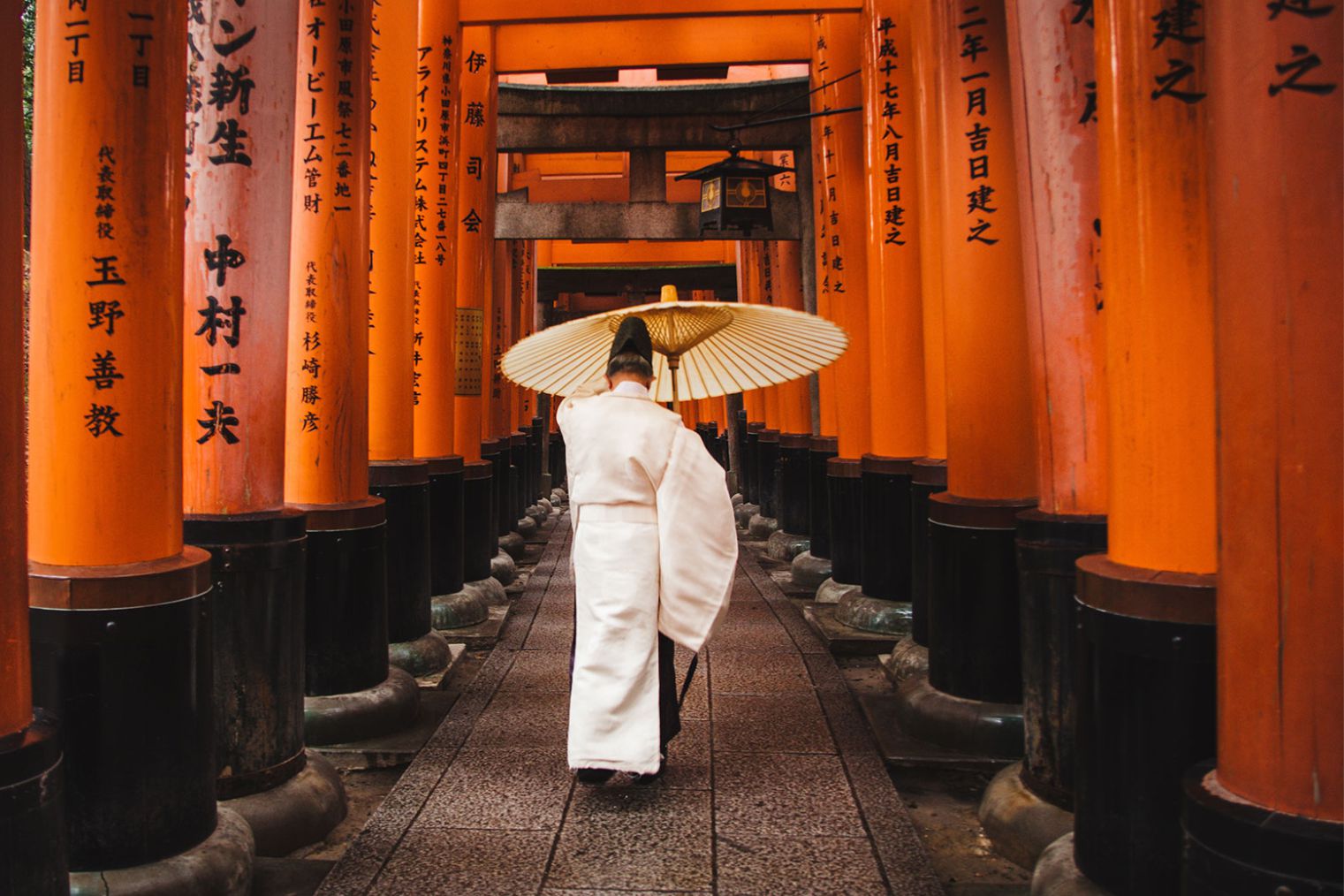 Japan is a study in contrasts and contradictions. Cities are as modern and high tech as anywhere else, but tumbledown wooden shacks can still be spotted next to glass fronted designer condominiums. In the middle of a modern skyscraper you might discover a sliding wooden door which leads to a traditional chamber with tatami mats. These juxtapositions mean you may often be surprised and rarely bored by your travels in Japan.

Its insular character has allowed it to develop a unique and very intricate culture, while its closeness to other ancient Far Eastern cultures, in particular China, has left lasting influence.

Like the English, the French and the Germans, the Japanese were also a nation of castle-builders. Only twelve of Japan’s castles are considered to be originals, which have keeps or donjons (天守閣 tenshukaku) that date back to the days when they were still used. (*Japanese castles)

*Japan’s Top 3 —  is the canonical list of Japan’s three most celebrated scenic sights, attributed to 1643 and scholar Hayashi Gahō.

It shouldn’t be surprising that in a country where more than 70% of the terrain is forests and mountains, outdoor activities abound. Hiking is very traditional and popular in Japan. You can find many small trails across the country, as well as plenty of rugged terrain in Japan’s many national parks. Hikes can also be part of a spiritual experience, such as climbing the 2446 stone steps of the holy Haguro mountain through an amazing primeval forest.

Japan’s longest holiday is Golden Week (29 April to 5 May), when there are four public holidays within a week and people go on an extended vacation. Trains become crowded and flight and hotel prices are jacked up to multiples of normal prices, making this a bad time to travel in Japan, but the weeks immediately before or after Golden Week are excellent choices.

Spring is one of the best times of year to be in Japan. The temperatures are warm but not hot, there’s not too much rain, and March–April brings the justly famous cherry blossoms (sakura) and is a time of revelry and festivals.

As a nation made of volcanic islands, it’s not surprising that in Japan hot springs (温泉 onsen) are commonplace. Japanese have pondered for centuries what the best hot springs in the country are, and they’ve come up with quite a few. Japan Association of Secluded Hot Spring Inns (*Public baths in Japan)

Camping wild is illegal in most of Japan, although you can always try asking for permission, or simply pitch your tent late and leave early. The National Camping Association of Japan helps maintain Campjo.com, a Japanese-only database of nearly all campsites in Japan.

Okinawa – semi-tropical southern island chain reaching out toward Taiwan, its traditional customs and architecture are significantly different from the rest of Japan.

Hokkaido – home to Japan’s native Ainu people, Hokkaido continues to represent the untamed wilderness with many great national parks. Hokkaido is cooler than the rest of Japan, and the merciful lack of Japan’s muggy summers and rainy season makes it a very popular domestic destination between May and August.

Tohoku – the Snow Country (Yukiguni) of the western Japan Sea coast racks up some of the highest snowfall figures in the world, which also means great skiing and lots of hot springs to warm up in. Tohoku also has many castles and samurai residences, making it a good place to take in some history.

Kanto – with the megalopolis of Tokyo and its suburbs. In feudal times, Kanto was the home of the Tokugawa shogunate and Edo (modern Tokyo) the military seat of power, while the western region of Kansai represented commerce (Osaka) and culture (Kyoto).