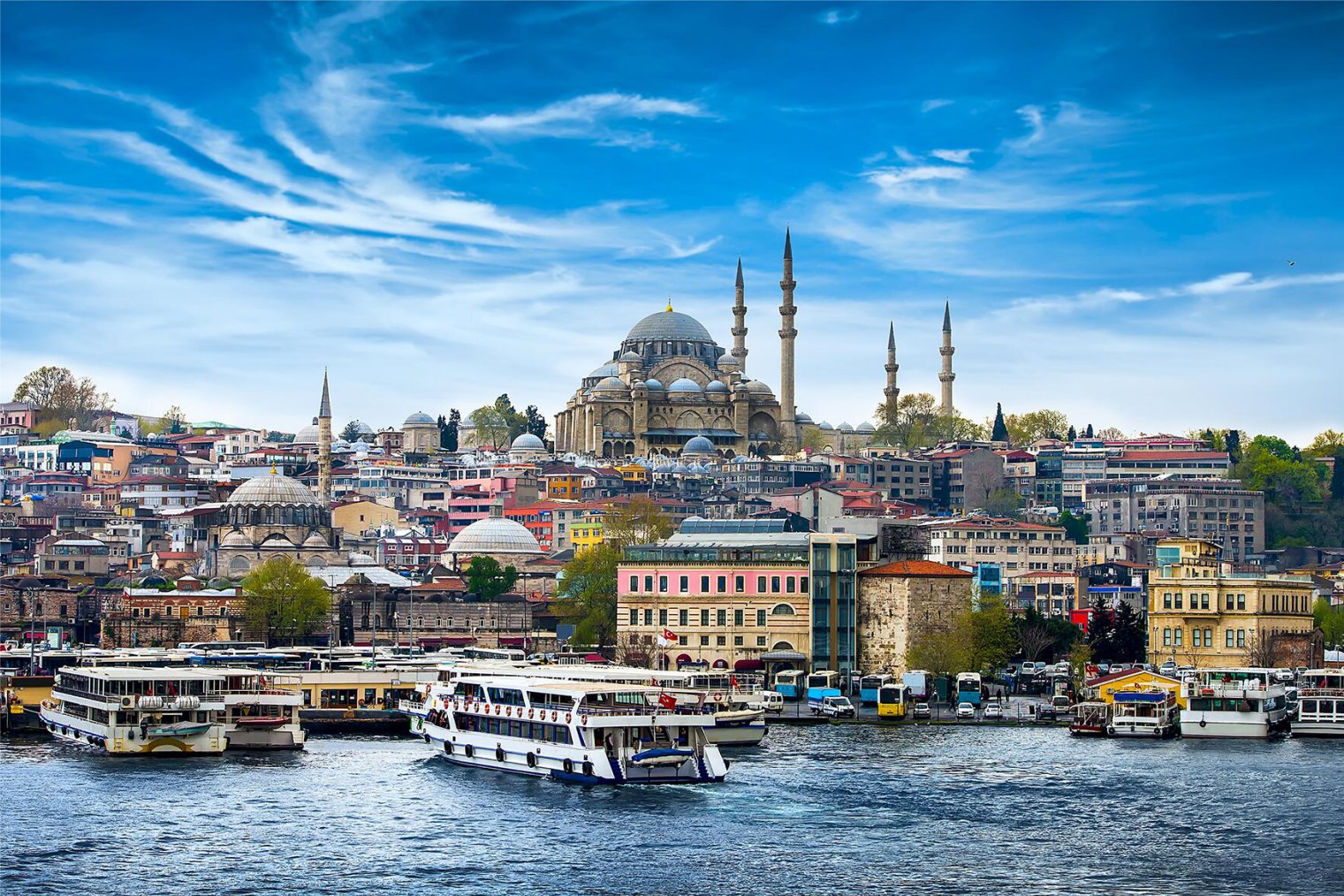 Istanbul (map) is a city of fantastic history, culture and beauty. Called Byzantium in ancient times, the city’s name was changed to Constantinople in 324 CE when it was rebuilt by the first Christian Roman Emperor, Constantine.

The most populous city in Europe, Istanbul forms the financial and cultural center of Turkey and confidently straddles the borders between Asia and Europe as it has for millennia: this is the result when you mix ancient Christendom, a medieval metropolis and the modern Middle East.

Lauded in antiquity as “the second Rome”, this is a city where you most certainly should roam — culture and excitement lie around every corner and more than 2,000 years of history await you.

The Old City of Istanbul is the oldest part of the city, and the location of most of its historic sights. Many of Istanbul’s historical gems, mostly consisting of Byzantine and Ottoman-built monuments are within the Old City. Most are located a short walk away from, if not immediately on the edges of, Sultanahmet Square (map). Some other sights are dispersed throughout the peninsula.

*Galata (map) and Beyoğlu further north with its main thoroughfare, the pedestrianized Istiklal Street, and the adjoining Taksim Square is the district of Istanbul north of Sultanahmet/Old City, across the Golden Horn.

The *Bosphorus is the neighbourhoods of Istanbul that lie along the banks of the channel of the same name that connects the Black Sea to the Sea of Marmara, and separates Europe from Asia. European bank of Bosphorus that is dotted by numerous palaces, parks, water-front mansions, and bohemian neighborhoods.

*Golden Horn. Banks of Golden Horn, the estuary that separates European side into distinctive districts. Eyüpsultan with an Ottoman ambience is located here.

Grand Bazaar (Kapalı Çarşı, map). Istanbul’s grand old bazaar with an estimated 4,400 shops lined along covered walkways. It is said to be the world’s oldest shopping mall, covers several blocks and features a labyrinth of side streets to keep you lost for the better part of a day.

Egyptian Bazaar / Spice Market (Mısır Çarşısı, map). It is also a covered bazaar, which is a lot smaller than Grand Bazaar, and as its name implies, houses herbalist and spice shops. It is very touristy. Good for taking some nice pictures, but shopping should be only be done elsewhere, prices are up to twice as high as in the rest of the city.

Accommodation in the peninsula is mostly around Sultanahmet. Budget hotels and hostels are clustered in Cankurtaran, the neighbourhood just south of Sultanahmet Square towards the coastal strip of Kennedy Cd.

Hagia Sophia (Aya Sofya, map). Dating from the 6th century, it was built as a basilica for the Eastern Roman Emperor Justinian I. A masterwork of Roman engineering, the huge 30-m diameter dome covers what was for over 1000 years the largest enclosed space in the world.

Topkapı Palace (map). The imperial enclave of the Ottoman emperors for four centuries. Contains exhibitions of fine craftmanship. Lavishly decorated, with four courts of increasing grandeur. In the second court of the entrance to the Harem (admission extra) and the State Treasury, housing a weaponry display. The third court has the Imperial Treasury. Islamic and Christian relics, rugs, china. The views from the Fourth Court over the Bosphorus are spectacular.

Sultanahmet Mosque (Blue Mosque, map). With its six minarets and sweeping architecture the Sultanahmet or ‘Blue’ Mosque impresses from the outside. Unlike Haghia Sophia, this is still a working mosque, entry is through the courtyard on the SW side which is back side of mosque.

Basilica Cistern (map). A giant underground cistern built by Justinian in 532 to provide water to the city in cases of siege. A wooden walkway winds between the 336 columns, most of which were re-used from other sites and are highly decorated.

Soğukçeşme Street (Soğukçeşme Sokağı, map) (between Hagia Sophia, Topkapı Palace, and the gate of Gülhane Park). A car-free downhill cobbled street just behind Hagia Sophia, with renovated (or totally rebuilt) traditional wooden houses two- or three-storeys tall typical of Ottoman era, leaning against the outer wall of Topkapı Palace grounds/Gülhane Park. Worth a look to see what typical streetscape of Istanbul was like before the concrete came over.

Fethiye Mosque (Pammakaristos Church, map). It was built as the Church of Theotokos Pammakaristos (“All-Blessed Mother of God”), between the 11th and the 12th centuries.

For budget meals it is advisable to avoid the restaurants along the tram line and to the West and South from the Blue Mosque. For really budget places, where locals eat, one should go to the Gedik Paşa street (map) and look in the side streets. But if you search some normal prices, it easy to find some place on Peykhane street (map).