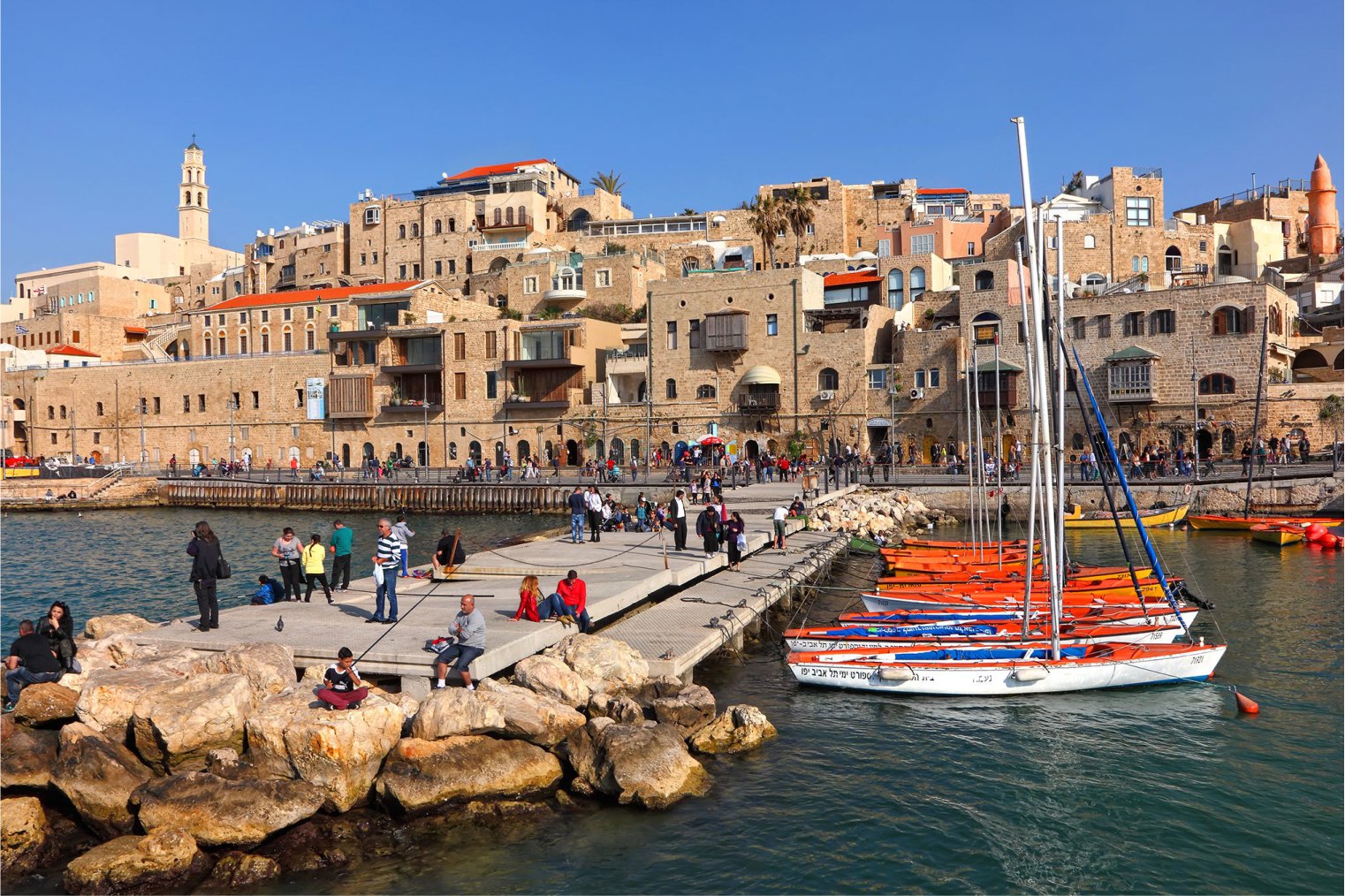 The area is also known as the *Holy Land, being holy for all Abrahamic religions including Judaism, Christianity, Islam and the Bahá’í Faith. Israel’s diverse culture stems from the diversity of its population. Jews from diaspora communities around the world brought their cultural and religious traditions back with them, creating a melting pot of Jewish customs and beliefs. Arab influences are present in many cultural spheres.

Unfortunately it is still in conflict with the Palestinians and some of its other Arab neighbors, and sometimes you will see signs of these tensions, but you will almost never be in danger (though there are places you should be more cautious like the West Bank).

Jerusalem is the most-visited city. One of the oldest cities in the world. It is a holy city to the three major Abrahamic religions and hosts many historical, archaeological, religious and other attractions. The *Old City of Jerusalem (map), traditionally divided into four quarters: the Armenian Quarter (map), Christian Quarter (map), Muslim Quarter (map) and Jewish Quarter (map).

Tel Aviv is called the “city that never sleeps” by the locals because of its vibrant nightlife scene. The nearby historical city of Jaffa is experiencing a touristic boom. Eilat, Israel’s southernmost city, located on the Red Sea coast, is a hot, sunny year-round travel destination. *Safed (Tzfat) – a fascinating mountaintop city filled with artists and mystics, home to ARI school of Kabbalah.

*Dead sea (map) – The lowest point on the Earth’s surface and the deepest hypersaline lake in the world, famous for its buoyancy and medicinal qualities.

Israel has the highest number of museums per capita in the world. The Israel Museum (map) in Jerusalem is one of Israel’s most important cultural institutions and houses the *Dead Sea Scrolls, along with an extensive collection of Judaica and European art. + *List of Israel museums

Israel National Trail – a hiking path that crosses the entire country of Israel. Its northern end is at Dan, near the international Syrian and Lebanese borders in the far north of the country, and it extends to Eilat at the southernmost tip of Israel on the Red Sea, a length of approximately 940 km (580 mi). The trail takes about 30–70 days to finish if hiked continuously. >> israeltrail.net + *Hiking in Israel + *Hiking and backpacking in Israel

Tap water is potable and perfectly safe for drinking all throughout Israel, big cities and rural parts alike. However, avoid taps that you might find within cultivated fields (e.g. while hiking); they may use recycled water which is only good for irrigation.

Archaeological digs – given how much history took place here, archaeology has been a national pastime of modern Israel (though less now than a generation ago). In the early years of the state, archaeologists like Yigael Yadin became political leaders, while leaders like Moshe Dayan tried their hand as amateur archaeologists. There are also many organized archaeological digs where you can volunteer for a period of weeks or a semester >> BIBLICAL ARCHAEOLOGY SOCIETY.