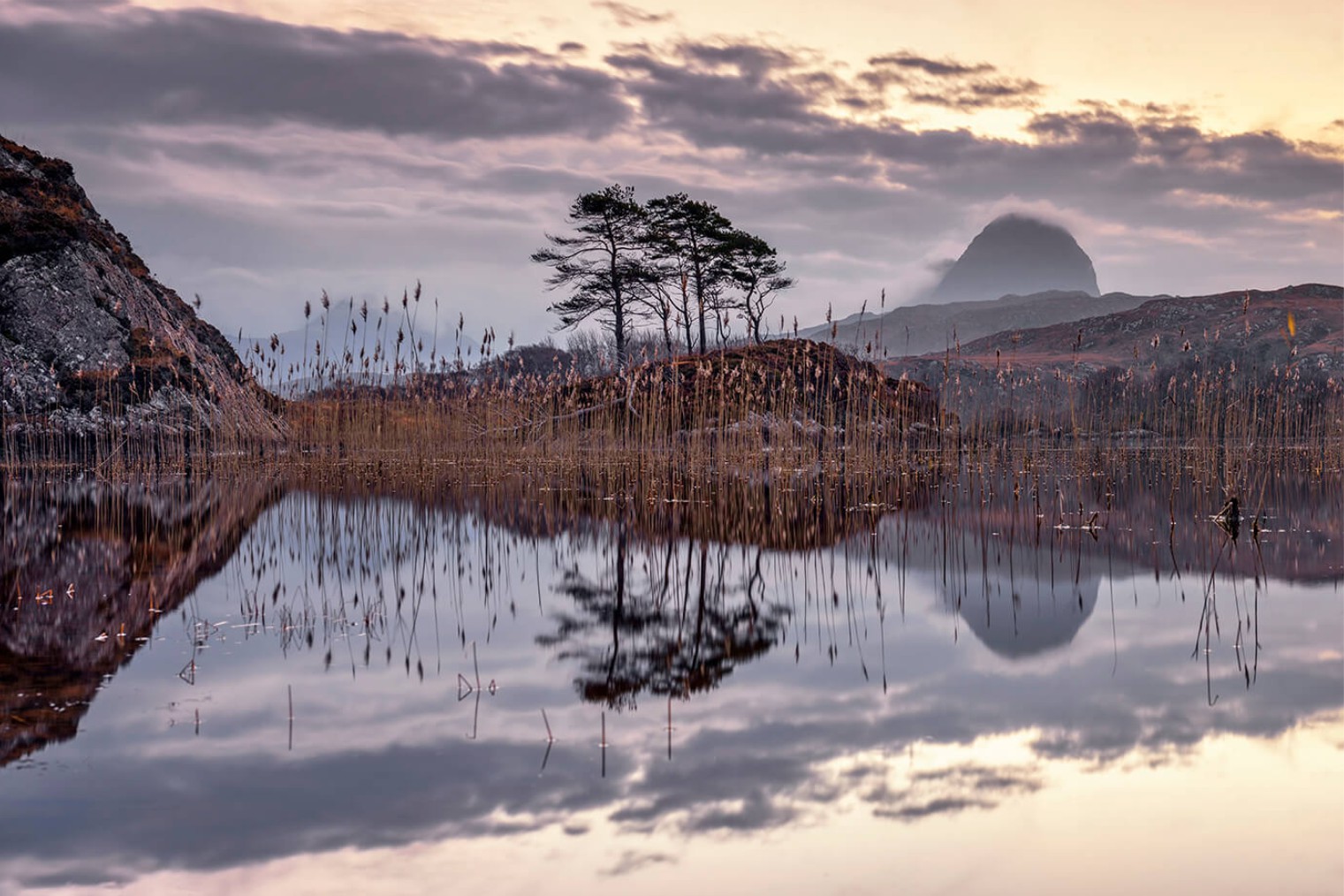 Inverpolly is the name given to a large area of northern *Wester Ross in the Northwest Highlands of Scotland, north of Ullapool (map). The area contains several prominent hills, rising up from a rough landscape of bogs and lochans. For many years the area was designated national nature reserve but since 2004, the designation has been limited to the area of *Knockan Crag.

North West Highlands Geopark (map) is a UNESCO Geopark situated in the north west of the *Scottish Highlands.

The North West Highlands Geopark is between 20 and 50 km north of Ullapool (map). Ullapool can be reached by car or bus from Inverness. Inverness can be easily reached by train, car or plane. There are buses from Ullapool into the Geopark, but these are infrequent.

A car (or motorbike) is probably the best way of exploring the park. The scenic North Coast 500 route passes through the park, going between Ullapool and Durness.

There are local trekking companies that organise walking holidays in and around the geopark: North West Frontiers. The “Nor’ West Trek” organised by North West frontiers crosses the entire Geopark in a six-day trek.

The main risk is being caught out in the open in bad weather and not being suitably equipped. The weather can change rapidly.

For walks of any length take the following:

BUS >   Durness Bus have several routes in the park, although most services only run once (or maybe twice) per day. National Express | UK Stop finder