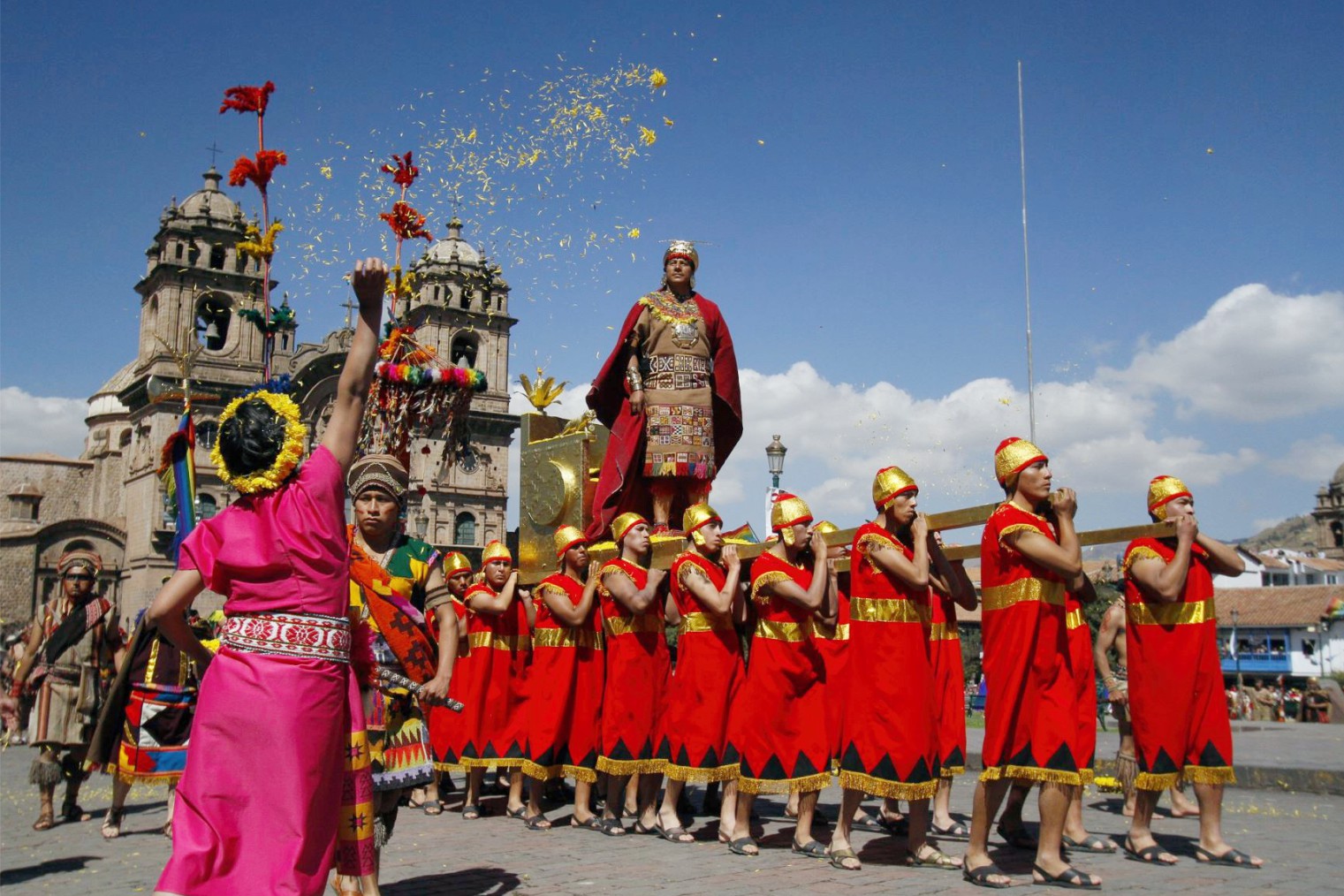 The Inti Raymi’rata (Quechua for “Inti festival”) is a traditional religious ceremony of the Inca Empire in honor of the god Inti (Quechua for “sun”), the most venerated deity in Inca religion.

It was the celebration of the winter solstice – the shortest day of the year in terms of the time between sunrise and sunset – and the Inca New Year, when the hours of light would begin to lengthen again.

During the Inca Empire, the Inti Raymi was the most important of four ceremonies celebrated in Cusco (map). The celebration took place in the Haukaypata (map) or the main plaza in the city.

Because of its antiquity and importance, the city center retains many buildings, plazas, streets and churches from colonial times, and even some pre-Columbian structures, which led to its declaration as a World Heritage Site by UNESCO in 1983.

Barrio de San Blas. This neighborhood houses artisans, workshops and craft shops. It is one of the most picturesque sites in the city. Its streets are steep and narrow with old houses built by the Spanish over important Inca foundations.

Hatun Rumiyuq (map). This street is the most visited by tourists. On the street Hatun Rumiyoq (“the one with the big stone”) was the palace of Inca Roca, which was converted to the Archbishop’s residence.

Along this street that runs from the Plaza de Armas (map) to the Barrio de San Blas, one can see the Stone of Twelve Angles, which is viewed as a marvel of ancient stonework and has become emblematic of the city’s history.

The major nearby Inca sites are Pachacuti’s presumed winter home, Machu Picchu, which can be reached on foot by the Inca Trail to Machu Picchu or by train; and the “fortress” at Ollantaytambo (map).