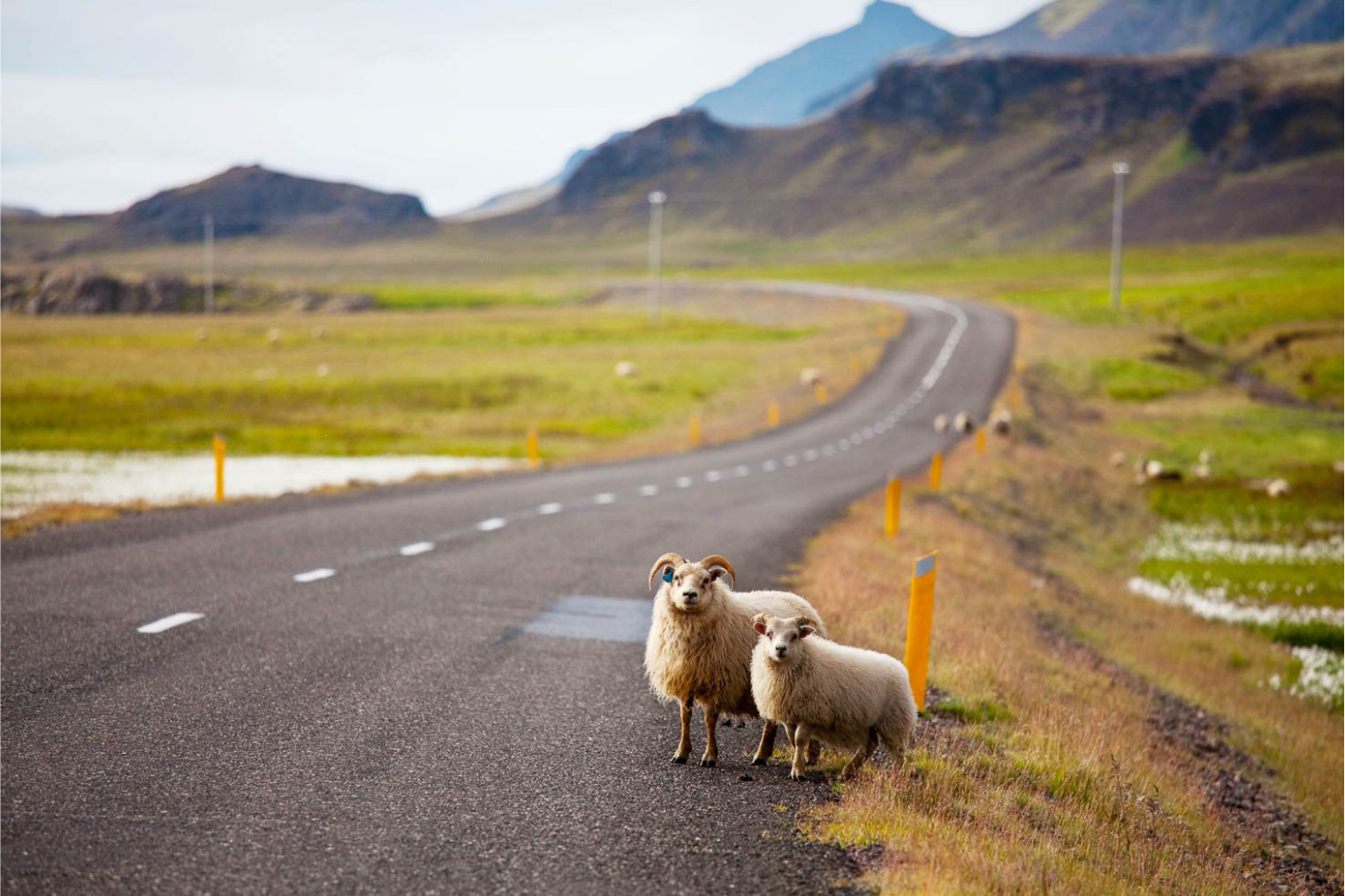 It is known as the Land of Fire and Ice. Icelandic culture is founded upon the nation’s Scandinavian heritage. Most Icelanders are descendants of Norse and Gaelic settlers.

In the March and September equinoxes, days and nights are of about equal length, as elsewhere in the world. If you go in December, it’s almost 20 hours of darkness. Summer is definitely the best time to go, and even then the tourist traffic is still mild. The midnight sun is a beautiful sight and one definitely not to be missed. It is easy to lose track of time when the sun is still high in the sky at 23:00. Early or late winter, however, can be surprisingly good times to visit.

+ ferdamalastofa.is • Getting around • Regions • Brochure

Should you choose to walk outside of walking paths, strong walking boots which support your ankles are recommended as the terrain is usually craggy lava rock or springy moss with hidden holes!

Tap water is safe to drink in Iceland and it is one of the countries with the cleanest water in the world. Coffee is easy to find and is comparable to what is found throughout Europe.

Despite its name, Iceland has mild winters for a country at its latitude. Iceland enjoys a maritime temperate climate; its winters are often compared to those of the Pacific Northwest, although the winter winds can be bitter. However, Iceland’s rapidly changing weather has given rise to the local saying: ‘If you don’t like the weather, wait five minutes!’ It’s the kind of place where it’s not unusual to get rained on and sunburned at the same time.

*Route 1, or the Ring Road is a main road that runs around Iceland and connects all the inhabited parts of the island, with the interior of the island being uninhabited. This paved road is 1,332 km (828 mi) long with one lane in each direction, except near larger towns and cities and in the Hvalfjörður Tunnel where it has more lanes.

Smyril Line sail once or twice a week from Hirtshals (map) in Denmark, via Torshavn in the Faeroe Islands.

Cycling is a good way to experience Iceland, and provides a very different experience to other means of transport. You should bring your own touring bike, it is strongly advisable to have a previous touring experience. More information and routes can be found on Cycling Iceland.