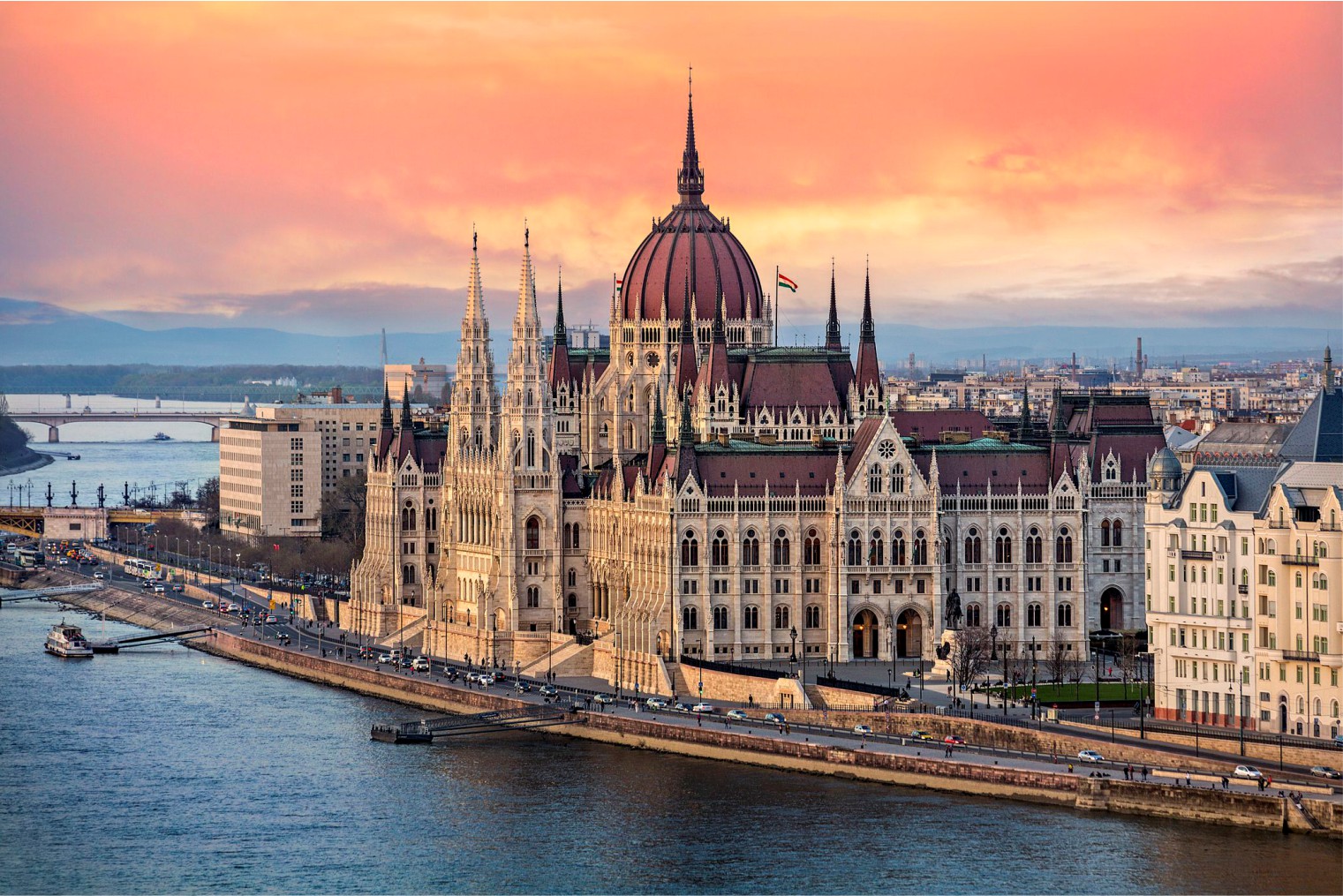 Hungary’s tourist season is from April through October. July and August are the best tourist months. Budapest is the country’s most popular tourist destination. Hungary is a land of thermal water. A passion for spa culture and Hungarian history have been connected from the very beginning.

There are two hundred known caves under Budapest, some of which can be visited by tourists. The Pálvölgy Stalactite Cave (map) is a large and spectacular labyrinth. Caves of Aggtelek National Park (map) — beautiful caves with dripstones and stalagmites. *Lake Balaton (map) in western Hungary is the largest freshwater lake in Central Europe. *Győr (map) – there are many cafés, restaurants, boutiques, and night clubs in its lovely baroque city center.

Around in Hungary • Hungary for explorers

The Hungarian National Railway is MÁV and GYSEV (some lines in the west of the country).

There are several scheduled riverboat and hydrofoil lines operated by MAHART PassNave Ltd. from the capital city Budapest to towns in the Danubebend.