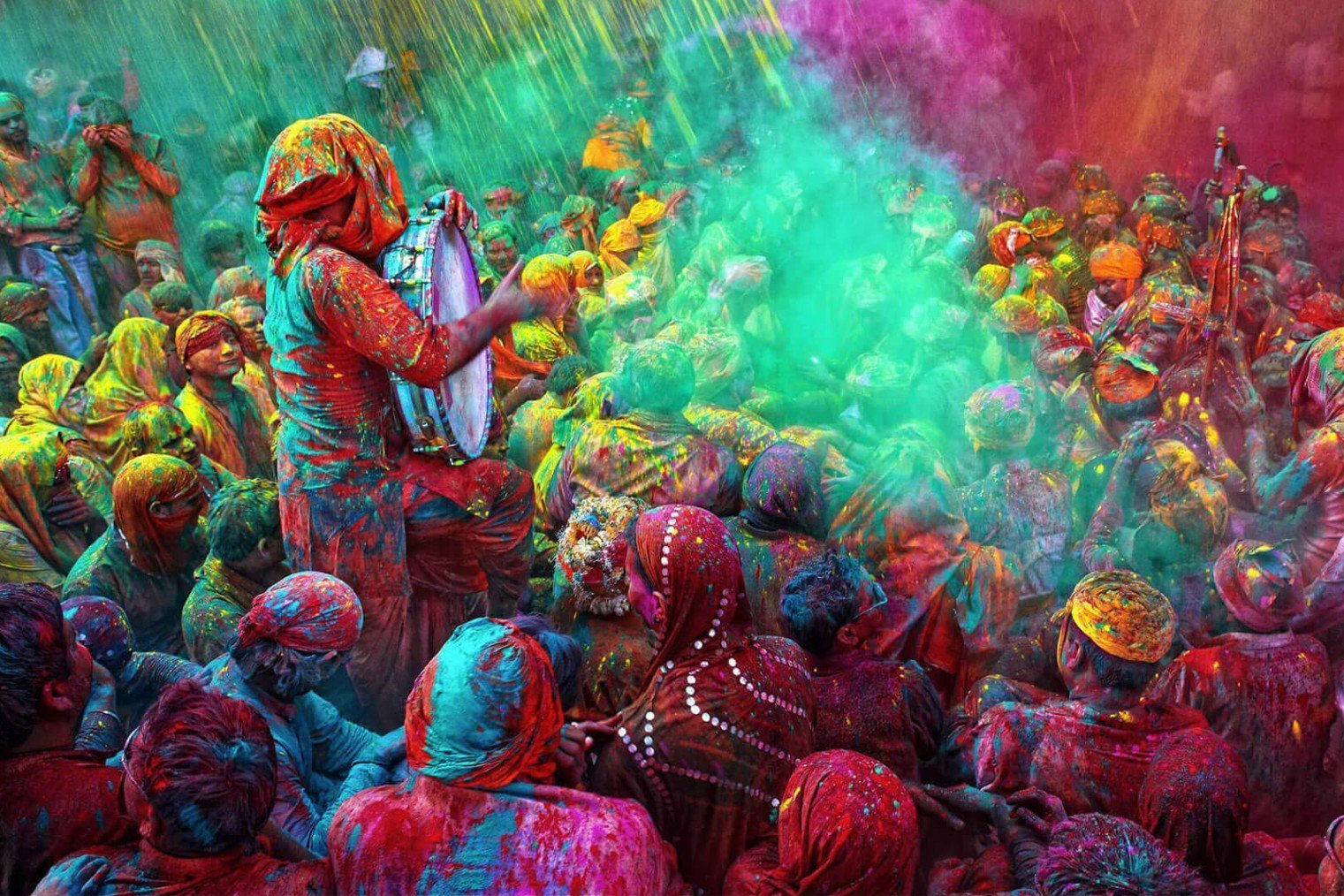 Holi celebrates the arrival of spring, the end of winter, the blossoming of love and for many, it is a festive day to meet others, play and laugh, forget and forgive, and repair broken relationships.

It lasts for a night and a day, starting on the evening of the Purnima (Full Moon Day) falling in the Hindu calendar month of Phalguna, which falls around the middle of March in the Gregorian calendar.

Holi is an ancient Indian religious festival that has also become popular outside of India. Holi celebrations start on the night before Holi with a *Holika Dahan where people gather, perform religious rituals in front of the bonfire, and pray that their internal evil be destroyed the way Holika, the sister of the demon king Hiranyakashipu, was killed in the fire.

The next morning is celebrated as Rangwali Holi (Dhuleti) – a free-for-all festival of colours, where people smear each other with colours and drench each other. Water guns and water-filled balloons are also used to play and colour each other. Anyone and everyone is fair game, friend or stranger, rich or poor, man or woman, children, and elders.

The date falls typically in March, but sometimes late February of the Gregorian calendar.

In the Braj region around *Mathura (map), in north India, the festivities may last more than a week. The rituals go beyond playing with colours, and include a day where men go around with shields and women have the right to playfully beat them on their shields with sticks. It is known as Latthmaar Holi, traditionally celebrated in the Barsana village (map). Barsana is the village of Radha and women assume the role of gopikas (Radha’s friends) and men as gopas (Krishna’s friends).