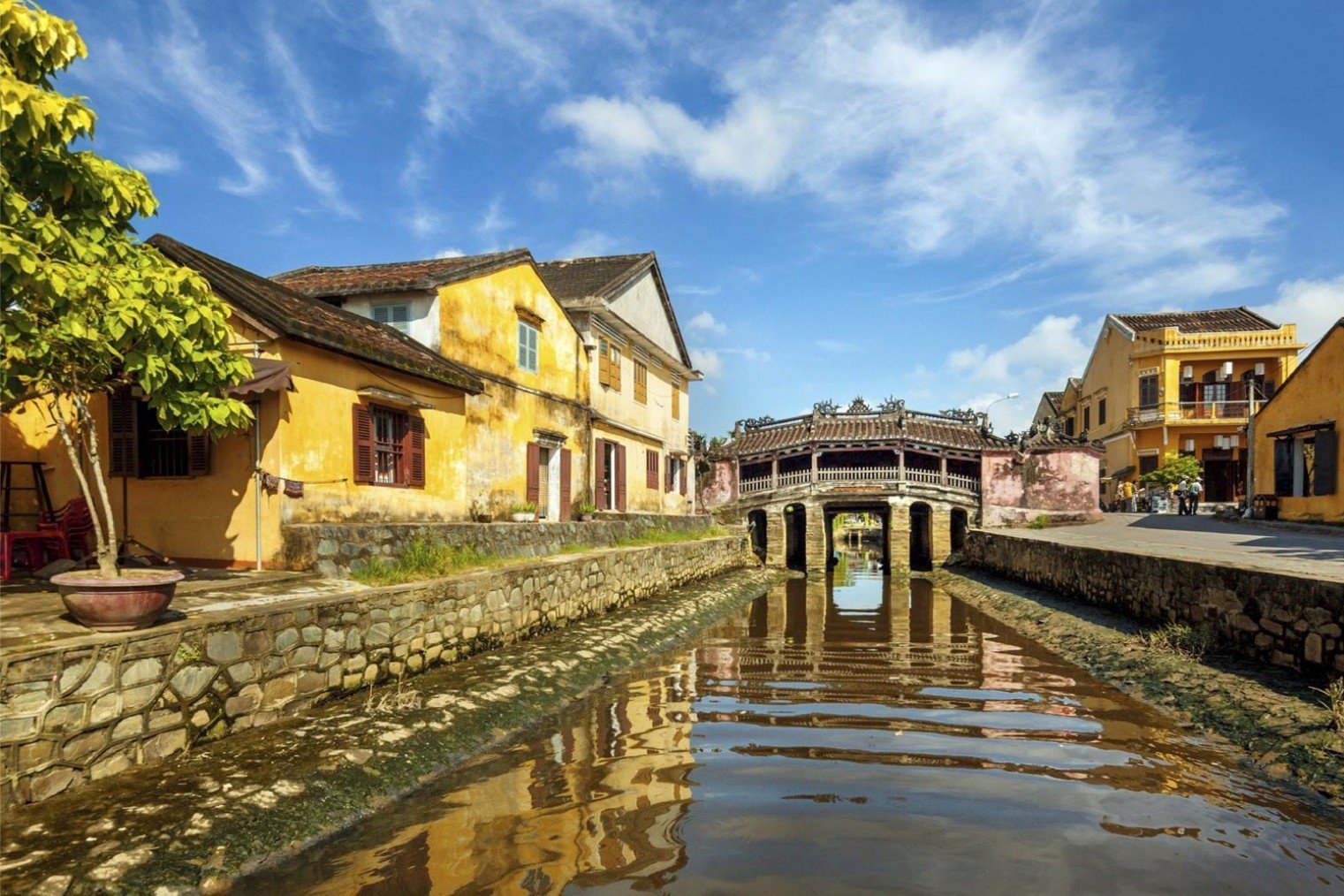 Hoi An (map) is a beautiful city in Vietnam about 30 km to the south of Da Nang. The Old Town of Hoi An is listed as a UNESCO World Heritage Site.

Hoi An, once known as Faifo, with more than 2,000 years of history, was the principal port of the Cham Kingdom, which controlled the strategic spice trade with Indonesia from the 7th-10th centuries and was a major international port in the 16th and 17th centuries.

The second major influence was Chinese, first by traders, then by escaping Ming Dynasty armies, who after settling in Hoi An for some years, moved further south and created Saigon as a major trading port.

While the serious shipping business has long since moved to Da Nang, the heart of the city is still the Old Town, full of winding lanes and Chinese-styled shophouses, which is particularly atmospheric in the evening as the sun goes down. While almost all shops now cater to the tourist trade, the area has been largely preserved as is, which is unusual in Vietnam, and renovation has proceeded slowly and carefully. It’s mercifully absent of towering concrete blocks and karaoke parlours.

The centre of Hoi An is very small and pedestrian-friendly, so you will be walking around most of the time. The Old Town, with its historical architecture and very walkable streets filled with shops and restaurants, is arguably at its best at night, when the activity along the river front is lit by the soft light of silk lanterns.

Japanese Covered Bridge (map). The bridge was constructed in the early 1600s by the Japanese community, roughly 40 years before they left the city to return to Japan under the strict policy of sakoku enforced by the Tokugawa Shogunate, and renovated in 1986.

Quan Cong Temple (map). Founded in the 15th century, this temple is dedicated to Quan Cong, a Chinese general who is remembered and worshipped for his qualities of loyalty, integrity and justice.

Hoi An regularly floods during November. Visitors who plan to arrive during one of their floods should book ahead.

BUS >   There is a public bus #01 from Da Nang’s bus station to Hoi An’s bus station. The bus runs roughly every 20 minutes from around 05:30 to 17:50, and the trip takes slightly less than an hour > danangbus.vn. Every major city will have a centralised bus station, and most of the major companies will have ticket offices at the stations. Some reputable companies include Mai Linh Express and Sinh Tourist. (*Buses in Hanoi)

AIRPORTS >   Da Nang International Airport. Flights are the fastest way to traverse this long country. The flight from Hanoi to HCMC is only about 2 hours. >> vietnamairport.vn