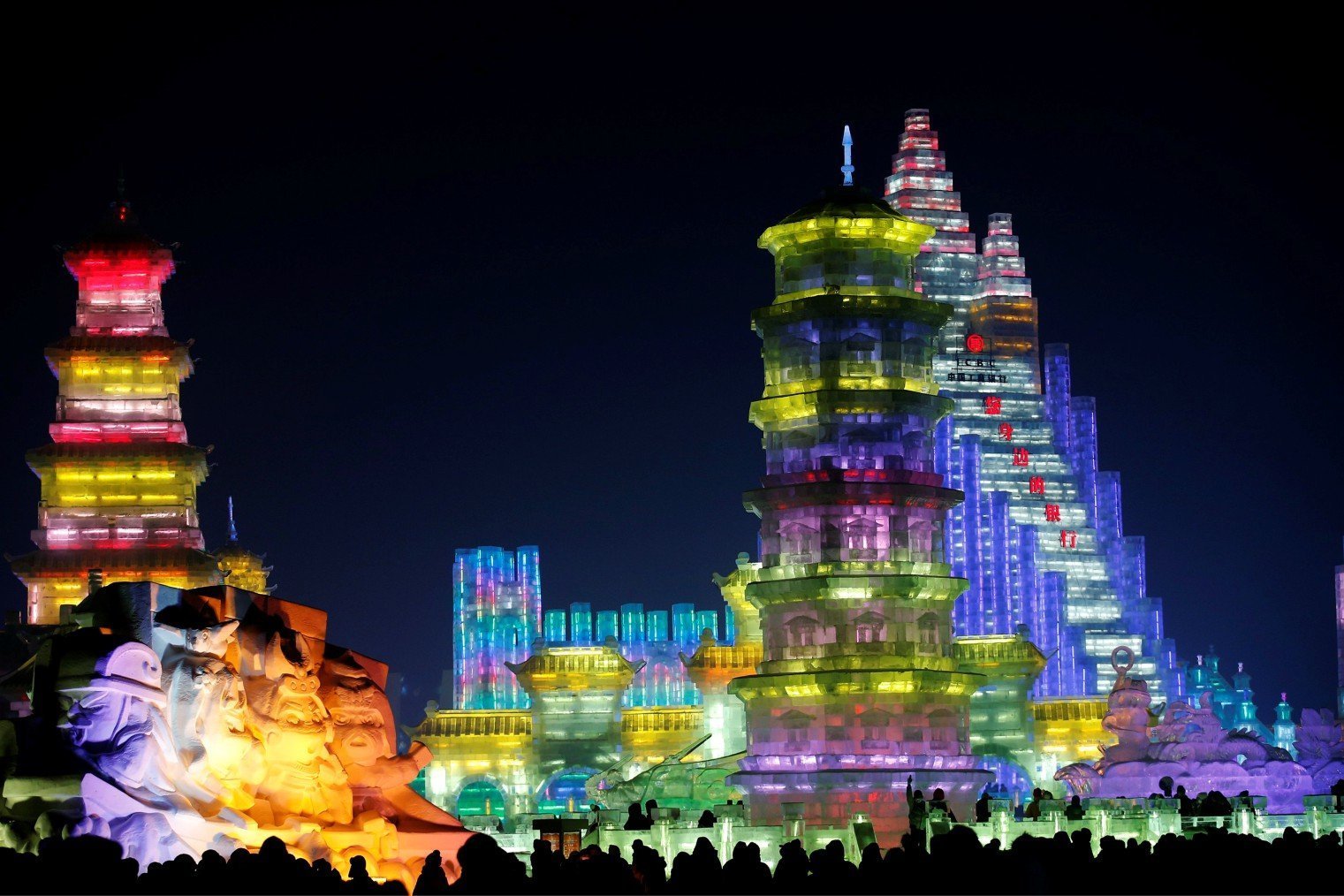 The Harbin International Ice and Snow festival is the largest ice and snow festival in the world, that takes place with a theme in Harbin, *Heilongjiang.

Officially, the festival starts on January 5 and lasts till late February. However, exhibits often open earlier and stay longer, weather permitting. During the festival, there are ice lantern park touring activities held in many parks in the city.

Winter activities during the festival include Yabuli alpine skiing (Yabuli ski Resort, map), winter-swimming in the Songhua River, and the ice-lantern exhibition in Zhaolin Garden (map).

While ice sculptures are erected throughout the city, there are two main exhibition areas:

At the 35th annual festival held in 2019, the festival’s most popular attraction, the Harbin Ice and Snow World, took up over 600,000 square meters and included more than 100 landmarks. It was made from 110,000 cubic meters of ice and 120,000 cubic meters of snow. The festival also included ice sculptures by artists from 12 different countries competing in the annual competition.

Sub-Zero Clothing: In Harbin in winter, the temperature is from -25°C (-13°F) to -10°C (14°F), and that’s without wind chill! Hence thermal underwear, gloves, (scarves, earmuffs), hats, (face masks), and thick arctic clothing and boots are necessary. If you have ski boots, they would be ideal.

Protect your camera batteries and mobile phones: The average January high in Harbin is -13°C (8°F). The cold saps battery life and could make your mobile phone shutdown.

RAIL >   Being a major Chinese city, Harbin is well connected by train and is a convenient way to travel. The city is served by several train stations, so the station you arrive or depart from will depend on the train you take. Be sure to confirm which station your train calls at beforehand.