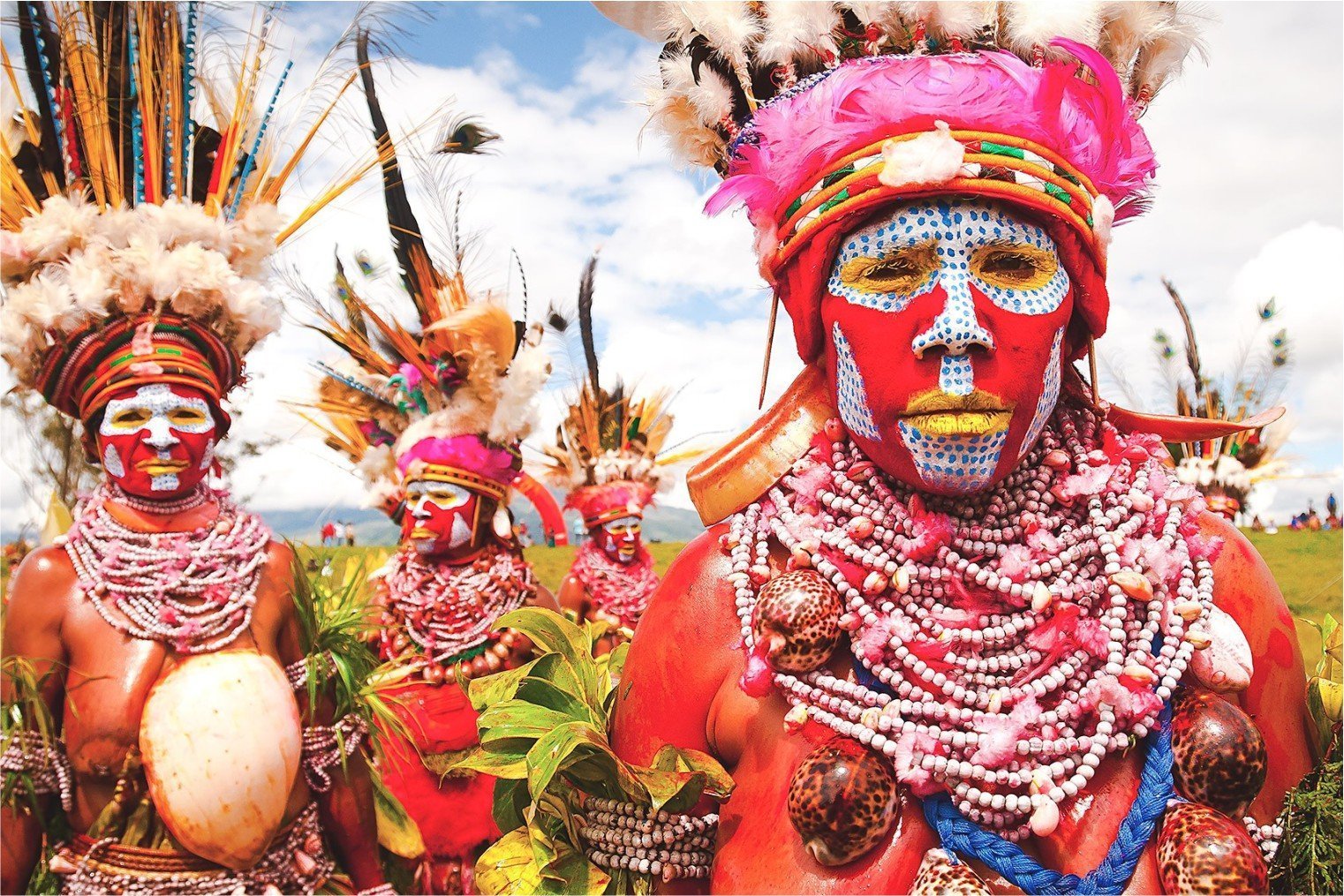 The Hagen Show is an exciting ‘singsing’ involving cultural groups from across the Western Highlands and other parts of the country perform traditional dances, ritual performances and feasting.

Being a major tourist attraction, scores of people enjoy the shows that are presented in the spirit of peaceful gathering. Bright colors in the form of decorations, costumes and body paint extend across the grounds, and the event becomes a competition for bragging rights featuring elaborate costumes, headdresses and displays of cultural identity.

Everything about Papua New Guinea / PNG is diverse. The country is one of the world’s least explored, culturally and geographically. From the multitudes of rare animal species to the 841 documented languages, from the lush rainforests to the Technicolor coral reefs, PNG is big on disparities. Despite all its exotic trappings, PNG is not a destination for the thin-skinned, inexperienced traveler. If you prefer big box resorts and umbrella-festooned cocktails, then this may not be your spirit destination.

Each year during the third weekend in August, *Mount Hagen hosts Mount Hagen Cultural Show, one of the largest singsings (tribal gatherings) in Papua New Guinea. Upwards of 100 tribes attend this event where they peacefully share their cultural traditions through costume, dancing and music.

Transport in Papua New Guinea is heavily limited by the country’s mountainous terrain. As a result, air travel is the single most important form of transport for human and high density/value freight. Aeroplanes made it possible to open up the country during its early colonial period. Even today the two largest cities, *Port Moresby and *Lae, are only directly connected by planes. Port Moresby is not linked by road to any of the other major towns, and many remote villages can only be reached by light aircraft or on foot.