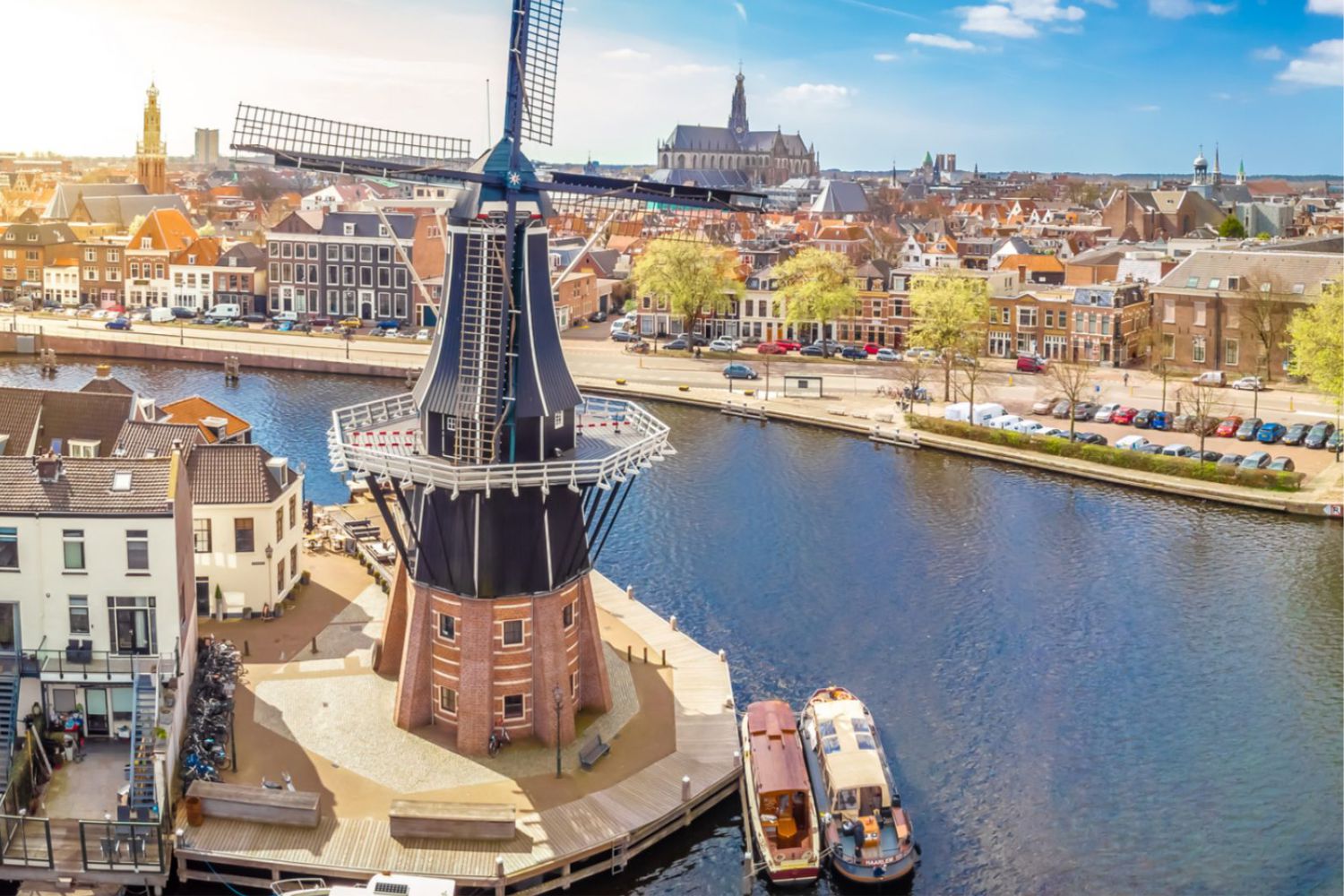 Haarlem (map) is a lovely historical city on the river Spaarne 20 km from Amsterdam. Haarlem boasts a magnificent old centre with plenty of monumental buildings. As the city was home to several first class Dutch painters, including Frans Hals, there’s a lot of art to go around.

Haarlem’s main sights are its lovely historic centre and its fine art museums. You’ll get a good idea of what the city has to offer by just wandering the streets in the centre for a while, as many monumental buildings and the most prominent museums are all there.

Grote Markt square (map), with the huge Saint Bavo church (map), is the heart of the old city. Not only the church, but several monumental buildings can be found on different sides of the square and when the weather allows, it’s lined with outdoor café terraces.

Haarlem is best seen on foot: it’s a 10- to 15-minute walk from the train station to the city centre. If you don’t want to walk, bus will take you from the central train and bus station to busstop “Centrum/Verwulft” (map) in about 5 minutes.

There are several museums in Haarlem. The Teylers Museum (map) lies on the Spaarne river and is the oldest museum of the Netherlands. Its main subjects are art, science and natural history, and it owns a number of works by Michelangelo and Rembrandt. Another museum is the Frans Hals Museum (map) of fine arts, with its main location housing Dutch master paintings, and its exhibition halls on the Grote Markt housing a gallery for modern art called De Hallen (map).

Molen De Adriaan (map)  this beautiful windmill on the benches of the river Spaarne was of the main landmarks of Haarlem for centuries, until it was destroyed in a 1932 fire. Several plans to rebuild it failed due to lack of funds, but in 2002 the windmill was finally fully restored to former glory. It’s functional, for tourist purposes, and holds a small museum.

The Grote Houtstraat (map), the main shopping street, has most of the obvious shops. The surrounding streets (Kleine Houtstraat (map) and Gierstraat) house smaller shops, where you can browse or buy everything from high-end bicycles to teapots.

*Alkmaar (map) – famous for its cheese market, has canals and a nice historic centre too. The direct train takes about 30 min.