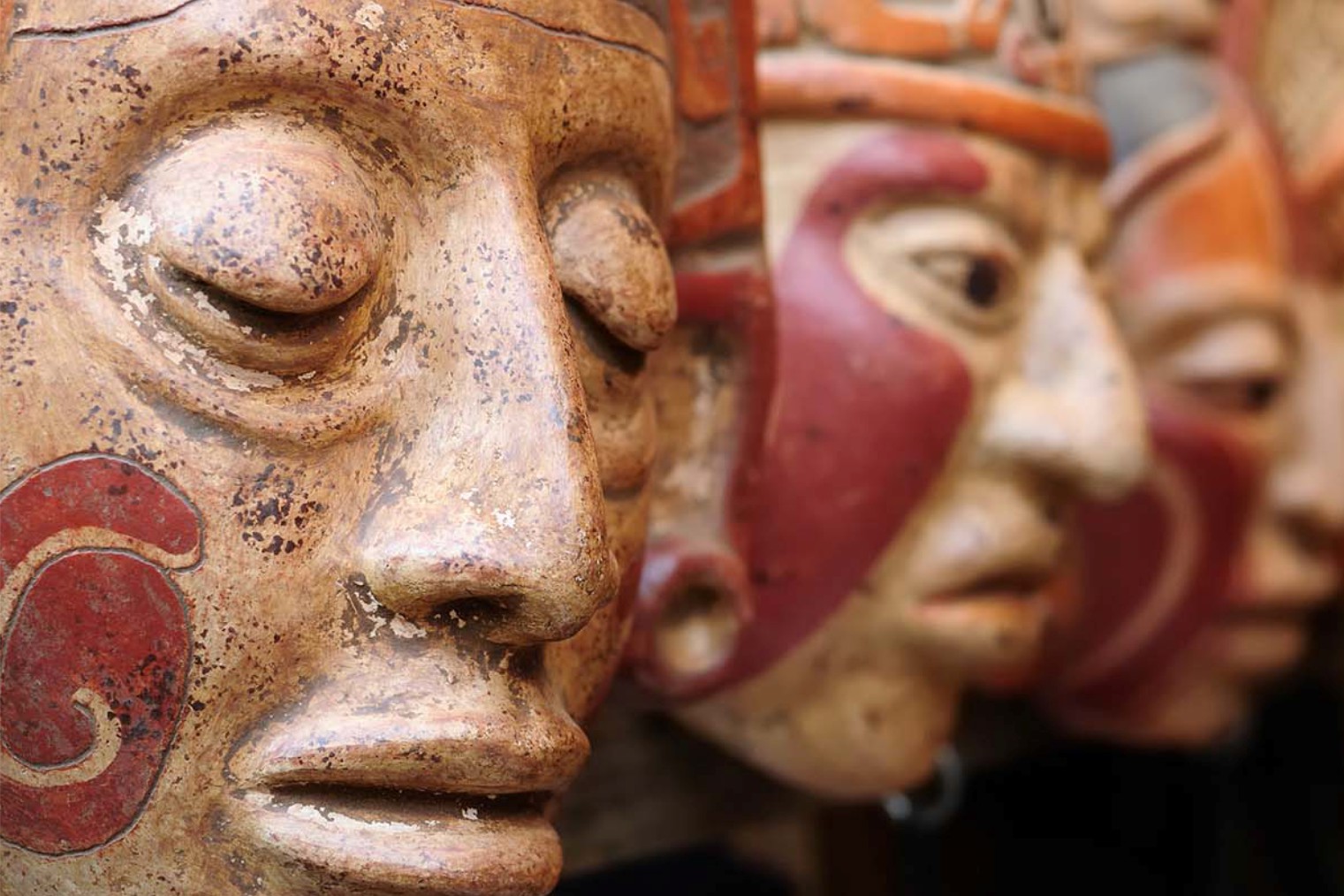 The core of the Maya civilization, which extended across Mesoamerica, was historically based in the territory of modern Guatemala. Maya ruins are the key attractions in the country and the most notable are *El Mirador, perhaps the cradle of Maya civilisation, and *Tikal. *Western Highlands – by far the most beautiful part of Guatemala, this region includes many indigenous Mayan villages.

*La Antigua Guatemala (map) was the colonial Spanish capital of Central America. It is a World Heritage Site, and is perhaps the most popular tourist destination in Guatemala. *Lake Atitlán (map) A volcano-rimmed lake with plenty of backpacker hostels and Mayan villages that dot the shores. Renowned as one of the most beautiful lakes in the world, and is one of Guatemala’s most important national and international tourist attractions.

*Flores (map) is a tourist friendly island in the middle of Lake Petén Itzá. From here you can take a bus ride to Tikal. Howler monkeys and dense jungle make walking around the ruins an adventure.

Guatemala’s main airport, La Aurora International Airport. Robberies of the buses are frequent along the highway in the countryside and in the capital itself.

Travellers should take some extra precautions when in Guatemala. If you are mugged, carjacked, or approached by armed individuals, cooperate. Do not make any sudden movements, and give whatever belongings or money that are demanded.

Tourists have been shot and killed for resisting muggers. Do not use buses in Guatemala City, as they are frequently robbed by gangs. Never take photos of children without permission.It is dangerous to travel between cities after dark.