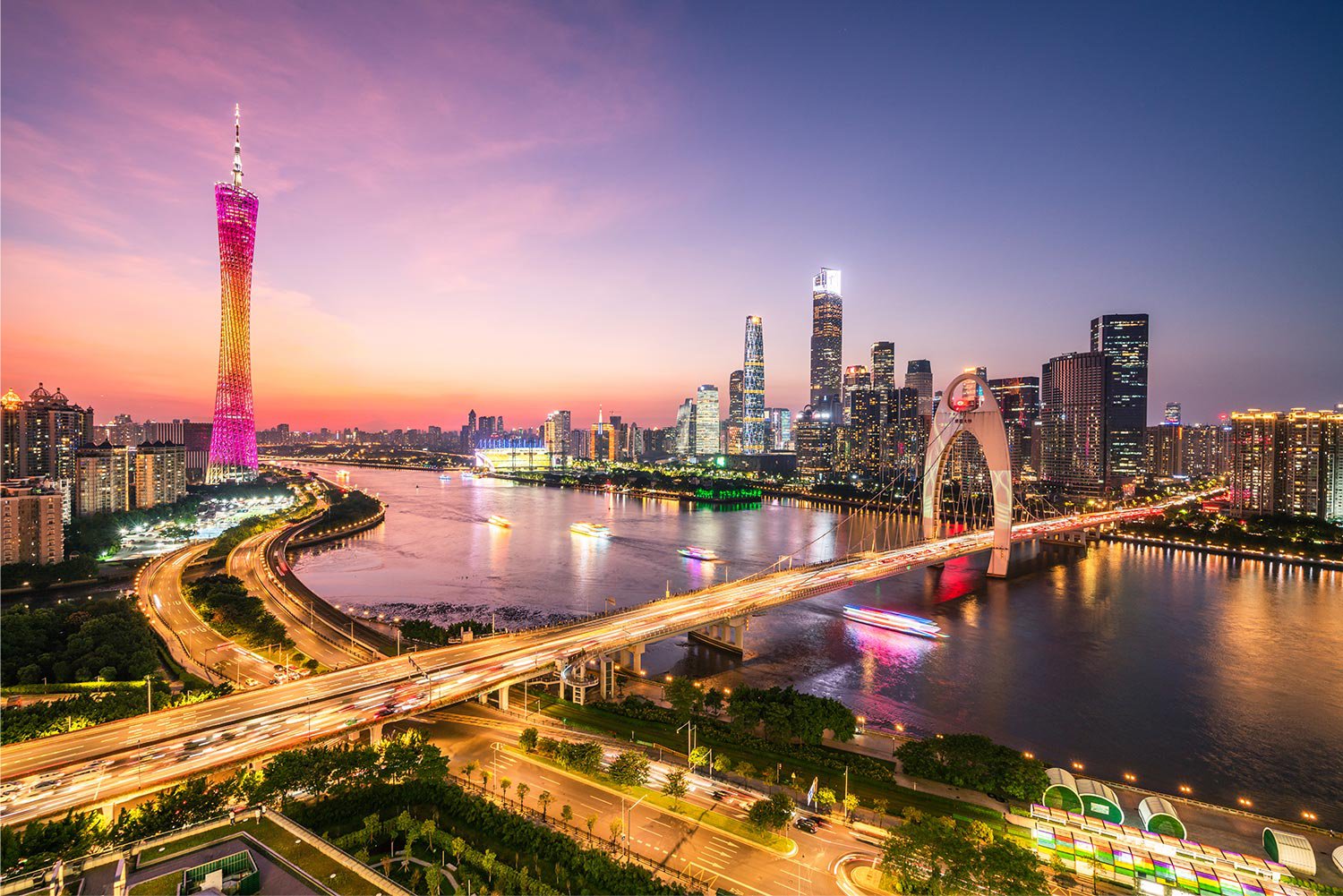 Guangzhou (map) is the capital of Guangdong Province in southern China. Formerly known as Canton to the West, the city of Guangzhou has a history dating back roughly 2,200 years.

Like many Chinese cities, Guangzhou municipality includes a vast rural area in addition to the urban core. There are 11 districts in Guangzhou. Among them, *Liwan, *Yuexiu, *Tianhe and *Haizhu are the city’s core, of most interest to tourists.

While in modern times it is mostly known for its skyscrapers and shopping malls, the city is not bereft of culture, and Guangzhou boasts a large number of cultural and religious sites.

The popular pedestrian streets are:

Baiyun Mountain (map), located just north of the city center, is a large mountain park with forests, streams, and long hiking paths, as well as a cable car to the top for the less adventurous.

Qingping Market (清平市场, map) (North from Shamian Island. Metro 1 Huangsha Exit D). Cantonese are known to eat just about any animal, and the market is world famous for its wild animal trades, although it has been tamer since the SARS outbreak. It is still a great place to go for exotic goods.

Visitors will find the best weather between October and November, and April and May are also good months.

If you intend to stay in Guangzhou for a long time, buy a multi-purpose Lingnan Pass – Yang Cheng Tong (岭南通-羊城通) stored value card, similar to the Octopus Card in Hong Kong.

A coach or bus in rural China is a different experience. City buses vary from city to city. However, if you can understand the bus routes then they are cheap and go almost everywhere. (*List of bus routes in Guangzhou)

RAIL >   Guangzhou Railway Station has mostly normal-speed trains in service to Beijing, Nanjing, Chengdu, Chongqing, Xi’an, Lhasa, and some other cities in China. There are also intercity trains to Shenzhen.

Guangzhou South Railway Station has bullet trains and high-speed trains in service to Chinese cities including Hong Kong, Guilin, and Chengdu, among others. There are also intercity rail lines to Shenzhen and Zhuhai.

WATERWAYS >   Guangzhou is located beside the Pearl River, and it is one of the most famous port cities in China. The Pearl River is the second largest navigable river in China. Passengers can take ships to Hong Kong, Macau and Haikou.