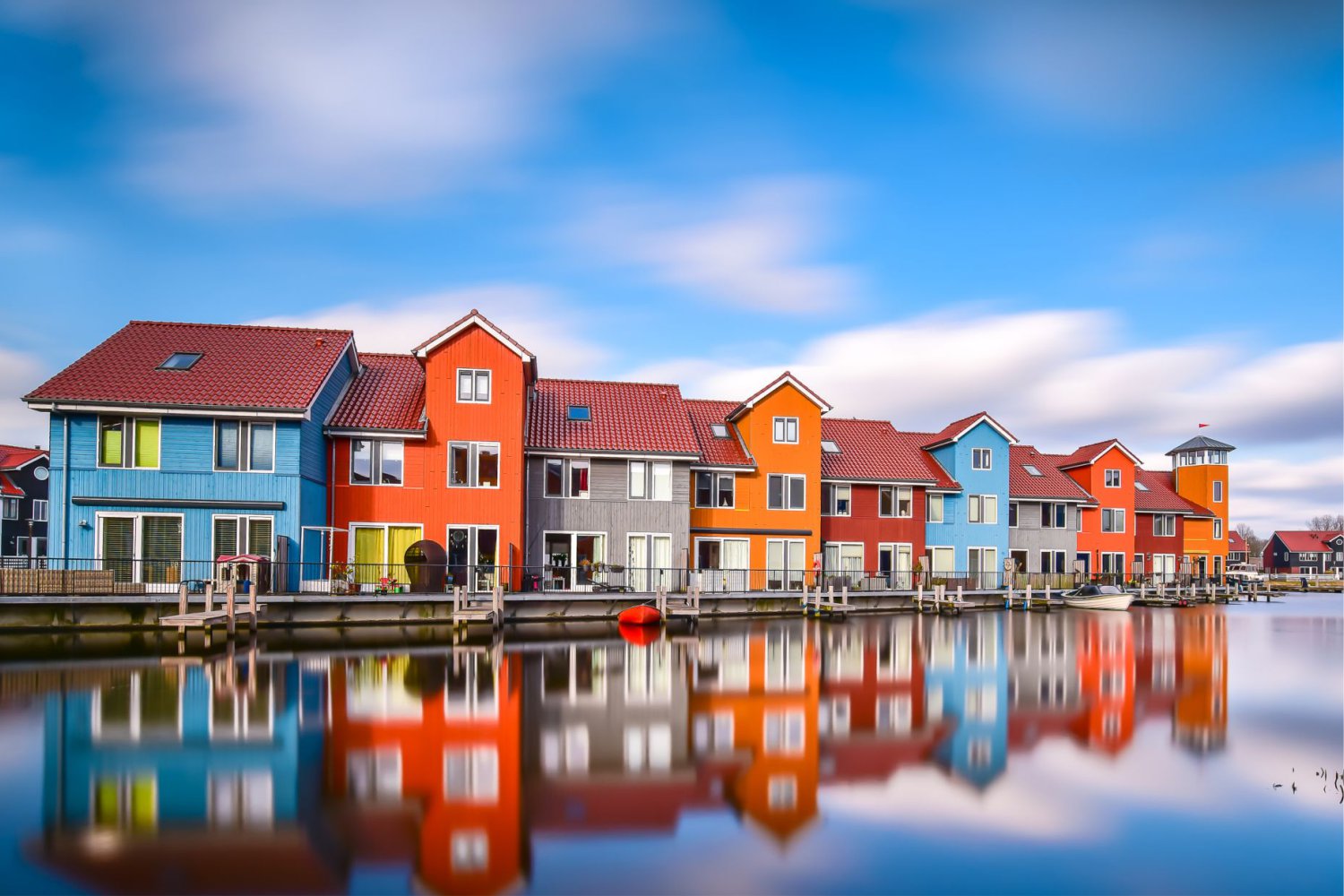 Groningen (map) is a lively student city in the *Northern Netherlands. A university town with some 50,000 students gives the city its famous vibe; a pleasant youthful atmosphere, some fine historic heritage and with plenty of things to do.

Downtown Groningen is pleasant and interesting. The city centre providing plenty cultural heritage and a laid-back atmosphere. Together with the excellent Groninger Museum (map), it forms the main attraction for visitors.

Like most cities in the Netherlands, Groningen’s historic city center (map) is surrounded by a canal, the diepenring. Most of the sights are within this area, and the Central Station (map) is 50 m outside it.

The heart of the city is formed around the two adjoining market squares, The Grote Markt (map) and the Vismarkt (or Fish Market, map). Standing tall on the edge of the Grote Markt is the Martini Tower (map), a true landmark for Groningen and one of its main attractions. Probably the most characteristic streets of the city are the Hoge and Lage der A streets.

Groningen is known as the “World Cycling City”; around 57% of its residents use a bicycle for regular commute within the city. The city has segregated cycle-paths, public transport, and a large pedestrianised zone in the city centre.

Reitdiep colourful houses / Boardwalk-en Pierwoningen (map). You may know these Scandinavian looking colourful terraced houses from Pinterest or Instagram. Built at the waterside they create a wonderful composition.

Der Aa-Kerk (map). This beautiful medieval church with its remarkable yellow-painted tower stands tall above the neighbouring Korenbeurs. Established between 1425 and 1492, the church’s tower was repeatedly destroyed and replaced, with the current one originating in 1711. The building is no longer used for religious services but is open for visitors and regularly houses expositions.

The most picturesque shopping street is called the Folkingestraat (map). It has a lot of little shops full of firsthand and secondhand little gifts, intercultural foods and great books.

BUS >   View the map with all bus connections in the city and the province.