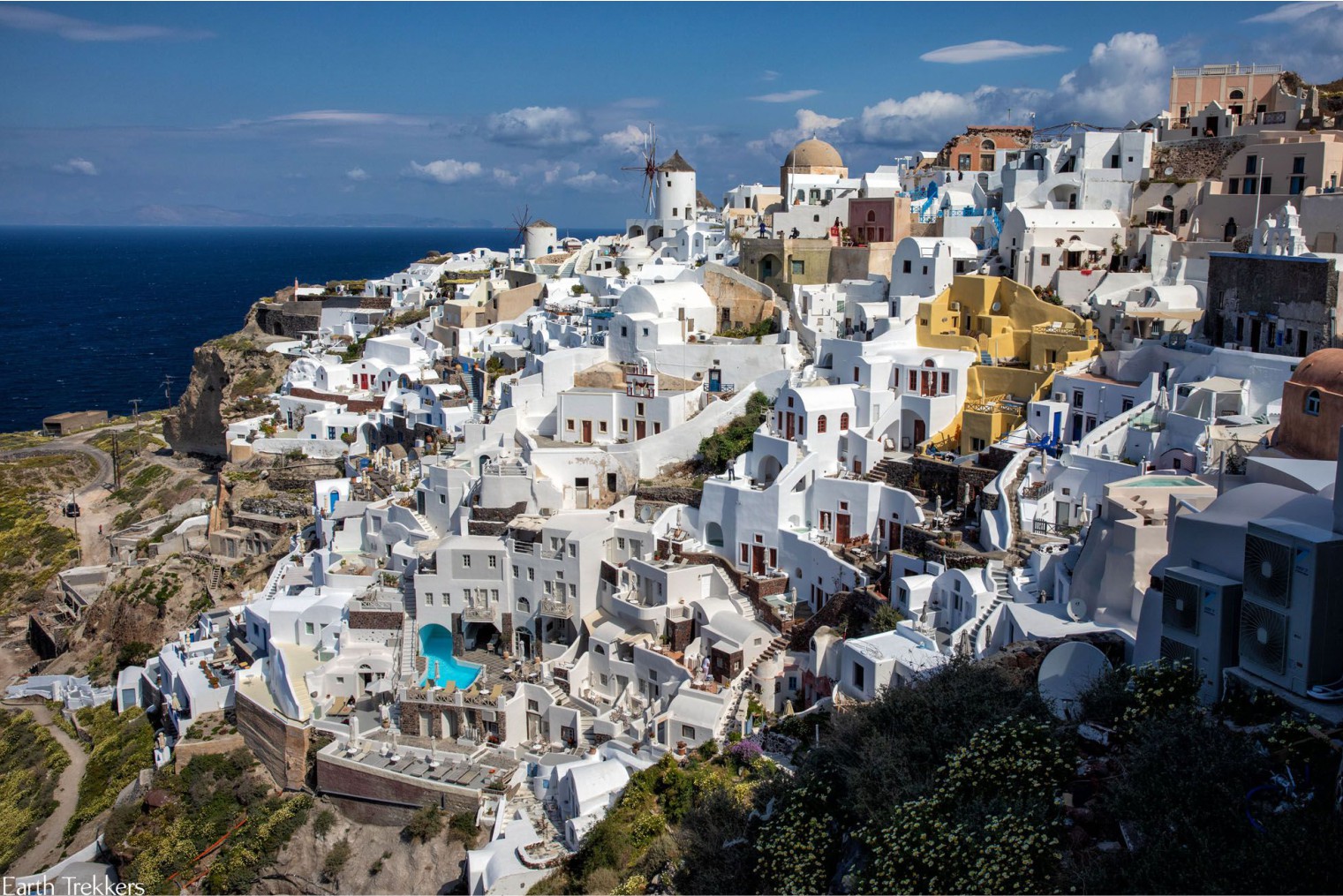 Tourism in Greece traces its roots to ancient times. Cultural exchange took place between the Greek colonies of Magna Graeca and the young Roman Republic before Rome’s rise to dominance of the Western Mediterranean. Ancient Greece was one of Europe’s first urban civilizations, and the origin of much of the arts, language, philosophy, politics, and sports of western society.

Most of the tourists and tourism industry are concentrated in capital city Athens, Crete, *Santorini, Mykonos, *Rhodes, *Corfu, and *Chalkidice.

The vast majority of visitors visit from April through to October. Peak season is between May and September. The most pleasant weather occurs in May–June and September–October.

World famous are the iconic *Parthenon in the bustling capital Athens and the splendid site of *Delphi (map), where the mighty emperors sought the prophecies of the most prominent oracle in the ancient Greek world.

There’s the temple of *Apollo at Bassae (map) and the gorgeous old city of *Rhodes, once overlooked by the Colossus of Rhodes. *Olympos National Park is the birthplace of our modern Olympic Games and the place from where the Olympic flame is sent around the world.

The many Eastern Orthodox monasteries of Meteora (map) are just stunning to look at, built high on natural sandstone rock pillars. At the small town of *Vergina (map) the ancient site of Agai was found, and many valuable artifacts were discovered in several untouched tombs, one of them being the tomb of Philip II of Macedon, father of Alexander the Great.

Proudly situated on Mt. Taygetos is the ancient town of *Mystras (map), close to (and often mistaken for) ancient *Sparta.

The large island of Crete (map) is a highly popular tourist destination, with landscapes varying from great sandy palm beaches to snow-covered high peaks and stunning river gorges and a good deal of night life in its main tourist towns.

The volcanic island of *Santorini (map) is one of the most romantic picks and offers some spectacular views. Its whitewashed capital of *Fira (map) is dramatically situated on the edge of a 400m high cliff, overlooking a beautiful blue lagoon.

It is strictly forbidden to take photos of military installations or other strategic locations. Authorities will take violations quite seriously. Obey signs prohibiting photography.

Greece farmers markets (Laikí Agorá) take place at least once a week in every town. Here agricultural products of the region but also the things of daily life are offered.

BUS >   The state train company is Trainose (Τραινοσέ). Trains are a better way to get around, but the national rail system is extremely limited. You can get almost anywhere in Greece by bus, but some isolated villages may only have one or two buses per day >> KTEL BUS.

How to travel by bus around Greece | visitmeteora.travel + Ktel Buses in Greece & the islands | greeka.com