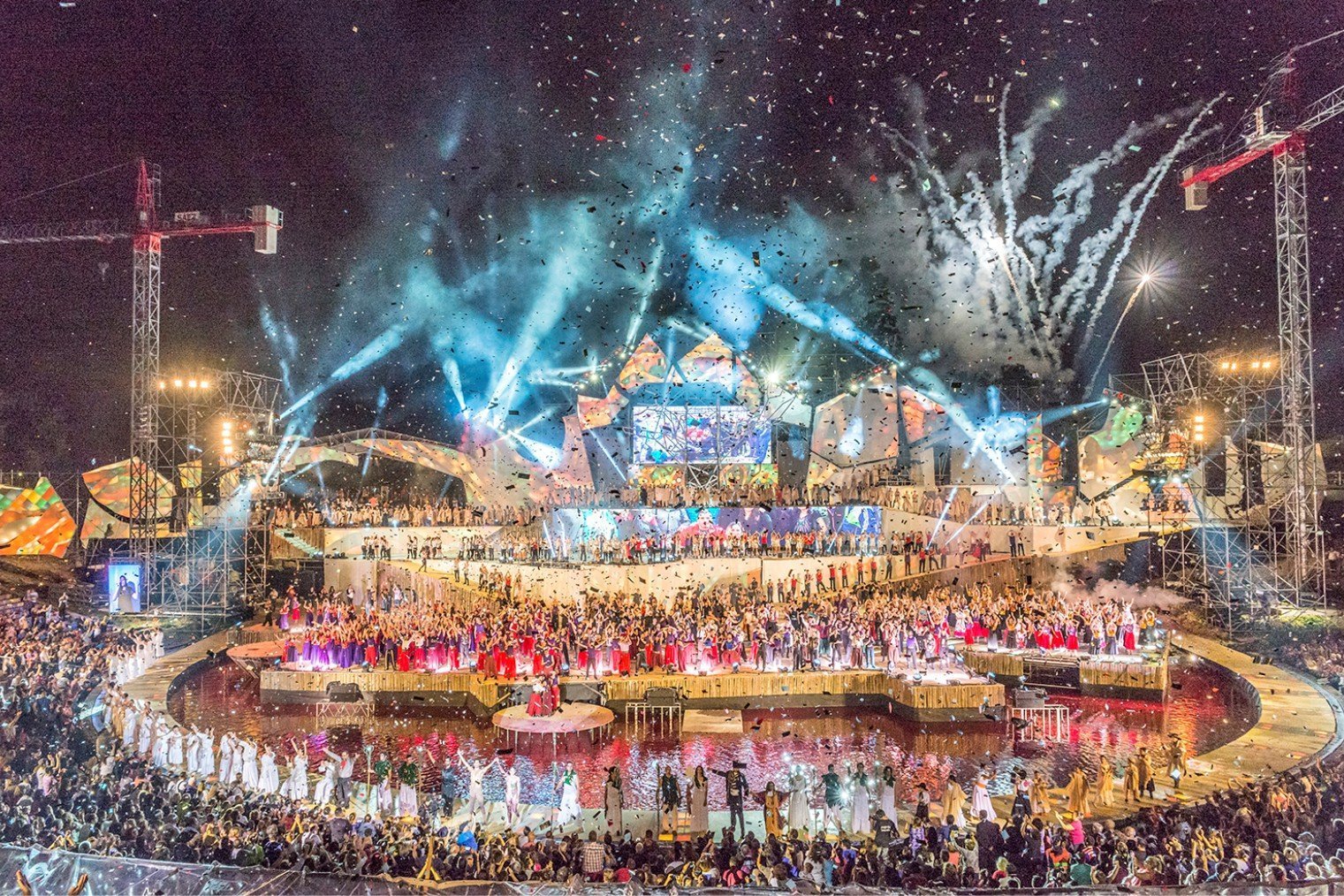 The Grape Harvest is the most popular festival in Mendoza (map) and the country. In this province located in the Cuyo area, the grape harvest celebrations are part of the popular folklore. They summon winegrowers, winemakers and all those who work the land year round taking care of the vines and introduce them to the rest of society.

Each of the 18 departments in Mendoza Province prepare for the festival in the early months of the year. The main event occurs in the first week of March in Mendoza city featuring hundreds of dancers and performers, the selection of a “Reina Nacional de la Vendimia” (National Vendimia Queen) and a large fireworks display.

The Blessing of the Fruit event officially inaugurates the grape harvest celebrations in Mendoza. During the first harvests, peasants used to thank the saints for the good crops. This act used to be held inside each winery. It became a custom. The Carrodilla Virgin was chosen by the peasants. Ever since, the Blessing of the Fruit has become part of the official celebrations.

As the sun sets and it starts to get dark, one of the most important traditions in the Grape Harvest celebration is about to begin: the Queens’ White Way. This is the moment people from all the departments in the province of Mendoza look forward to. They are equipped with signs and banners to welcome their queens and princesses.

The next day, the Carrousel is one of the essential components of the Grape Harvest celebrations. It is then when the people of Mendoza, along with tourists from all over the world, may enjoy the daytime queen parade, without make up.

The various carriages representing each department with their queens and princesses parade along the main streets in town. As they pass by, the girls salute and thank the cheering crowd. Each “reina” represents her region with decorative costumes and chariots accompanied by the previous queen she’s replacing. The “Via Blanca de las Reinas” is accessible from the streets, but tickets are available to the Park Hyatt terrace for a posh viewing party with wine and tapas included.

When the first night of celebrations arrives, the opening ceremony and the National Grape Harvest Queen election are held at the Romero Day Greek Theater.

Thousands and thousands of visitors attend this event every year to enjoy a majestic and unique show in the world.

mendotran.com.ar – Map of bus routes around the city.

The large bus terminal is about 2 km east of the city centre. Taxis and remis (private taxis) are readily available, or it’s a 15-minute walk (not recommended at night, the area between it and the centre borders on the red light district).