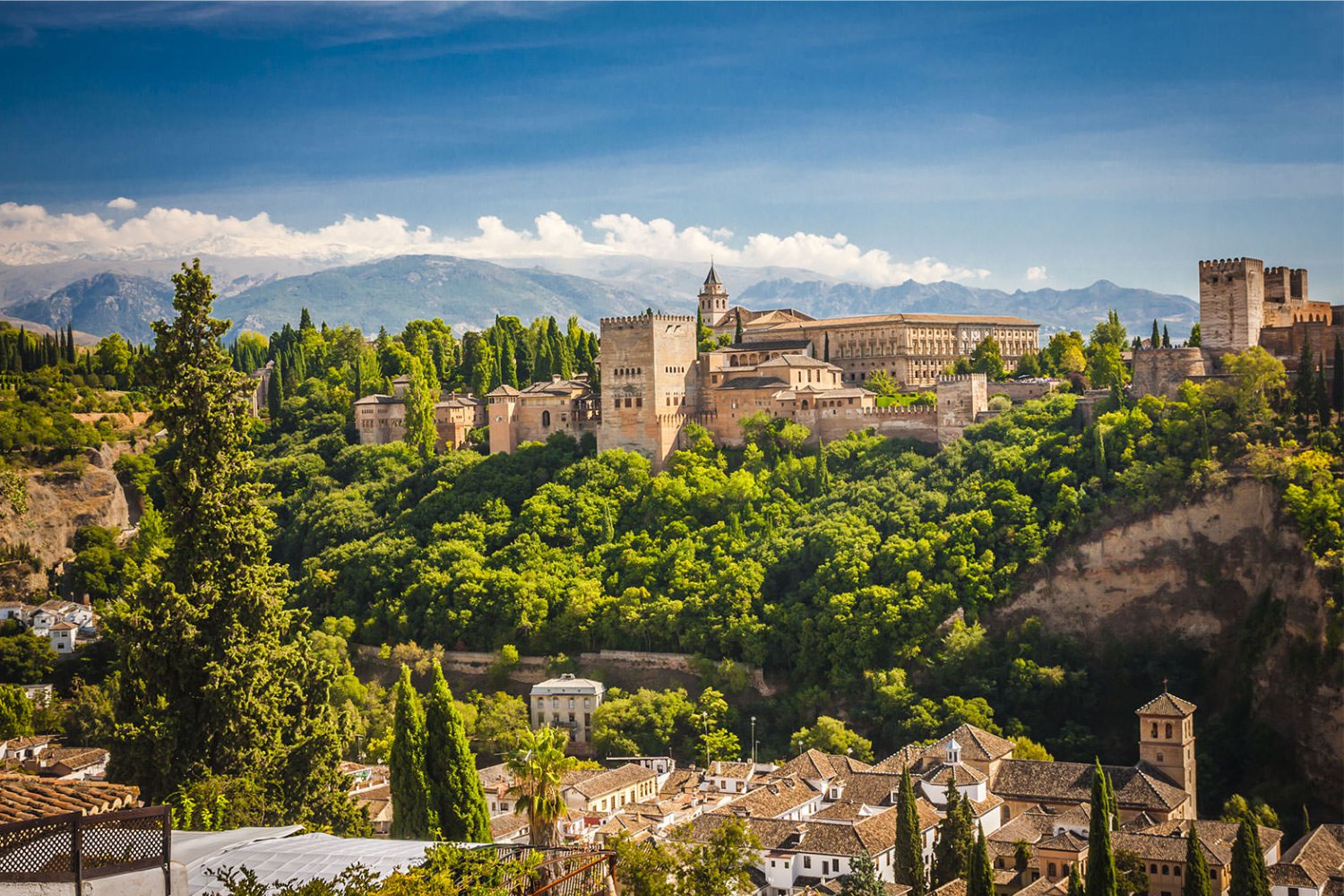 Granada (map) is a city in Granada Province in the Andalusia region of Spain. Rich in history and culture, Granada is a very worthwhile city in Spain for a tourist.

Granada has been continuously inhabited by humans for at least 2500 years, originating as an Ibero-Celtic settlement prior to the establishment of a Greek colony in the area. The Moorish conquest of 711 CE brought Islamic rule to the Iberian Peninsula and Granada was quickly established as a center of Al-Andalus, the Muslim name for the region.

The Alhambra (map), an ancient Nasrid citadel and palace, is located in Granada. It is one of the most famous monuments of Islamic architecture and one of the most visited tourist sites in Spain.

With a decent map you can find your way around, but many streets are so short they won’t be named on a map. Still, if you keep some of the local landmarks in mind (church towers and hills are frequently good ones) you can maintain a general sense of direction – which is often all you need to find your way around.

The greatest artistic wealth of Granada is its Spanish-Islamic art – in particular, the compound of the Alhambra (+wiki) and the Generalife (wiki, map).

The Generalife is a pleasure palace with attached romantic gardens, remarkable both for its location and layout, as well as for the diversity of its flowers, plants and fountains. The Alhambra is the architectural culmination of the works of Nasrid art that were undertaken in the 13th and 14th centuries, with most of the Alhambra having been built at the time of Yusuf I and Mohammed V, between 1333 and 1354.

Cathedral of Granada (map) is built over the Nasrid Great Mosque of Granada, in the centre of the city. The church was conceived on the model of the Cathedral of Toledo, for what initially was a Gothic architectural project, as was customary in Spain in the early decades of the 16th century.

Royal Chapel of Granada (map) In it are buried the Catholic Monarchs, their daughter Joanna of Castile (Juana la Loca) and her husband Felipe I (Felipe el Hermoso). Construction of the Chapel started in 1505, directed by its designer. The most important parts of the chapel are its main retable, grid and vault. In the Sacristy-Museum is the legacy of the Catholic Monarchs. Its art gallery is highlighted by works of the Flemish, Italian and Spanish schools.

The Albayzín (or Albaicín, map) is a neighborhood of Al-Andalus origin, much visited by tourists who flock to the city because of its historical associations, architecture, and landscape. It is one of the ancient centres of Granada, like the Alhambra, the Realejo and the Arrabal de Bib-Rambla, in the flat part of the city.

transportesrober.com – The local buses cover nearly all sights of interest and run quite frequently. Most city buses travel through the heart of town along Gran Vía (stopping in front of the cathedral).