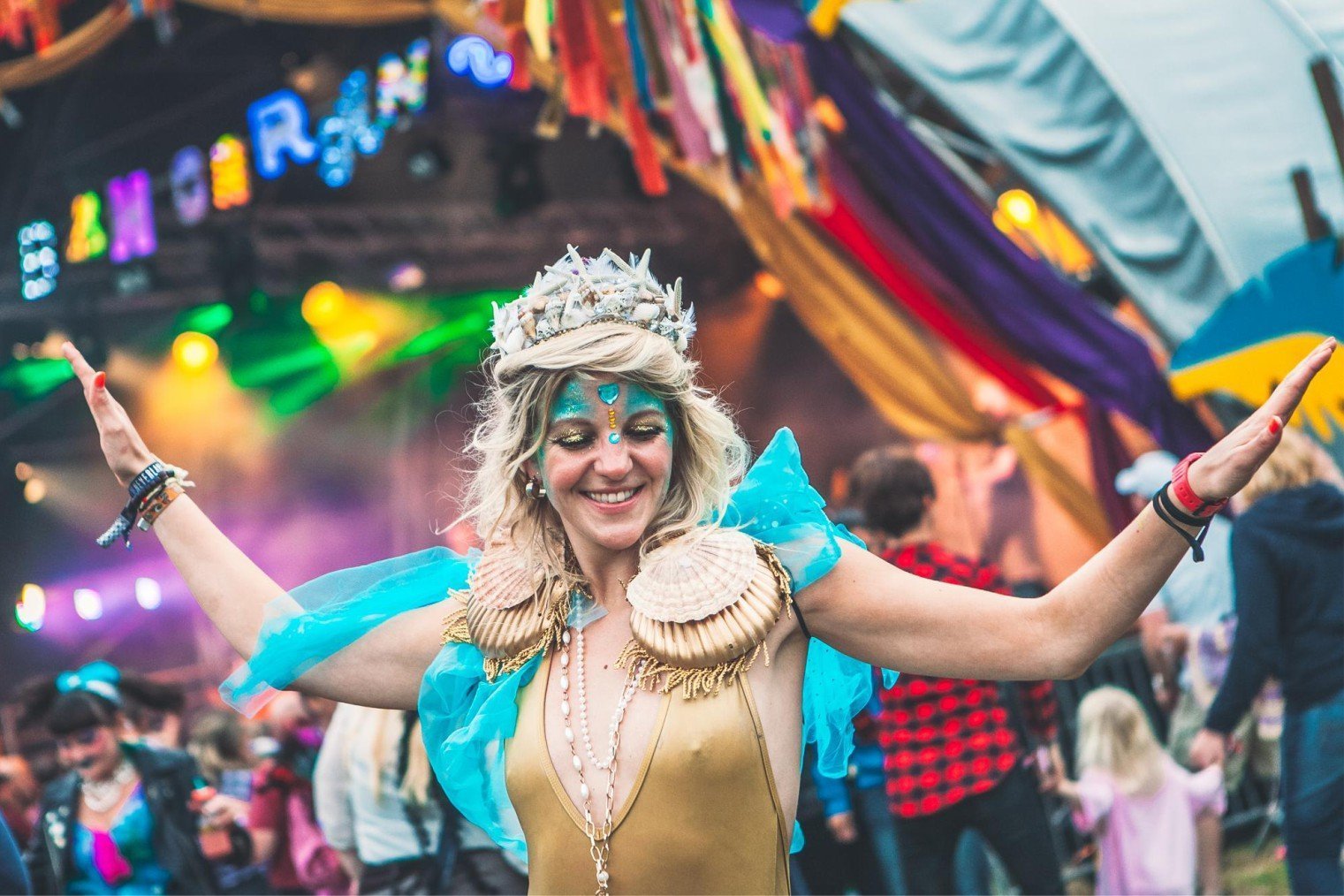 In addition to contemporary music, the festival hosts dance, comedy, theatre, circus, cabaret, and other arts. Leading pop and rock artists have headlined, alongside thousands of others appearing on smaller stages and performance areas.

Regarded as a major event in British culture, the festival is inspired by the ethos of the hippie, counterculture, and free festival movements. It retains vestiges of these traditions, such as the Green Fields area, which includes sections known as the Green Futures and Healing Field.

The festival takes place in South West England at Worthy Farm between the small villages of Pilton and Pylle in Somerset, six miles east of Glastonbury, overlooked by the Glastonbury Tor in the “Vale of Avalon”.

In recent years the site has been organised around a restricted backstage compound, with the Pyramid stage on the north, and Other stage on the south of the compound. Attractions on the east of the site include the acoustic tent, comedy tent and circus.

Most people who stay at Glastonbury Festival camp in a tent. There are different camping areas, each with its own atmosphere. Campsite accommodation is provided in the cost of a standard entry ticket but festival-goers must bring their own tents.

Glastonbury (map) — a town known for its Tor and New Age associations, plus its nearby music festival. It lies some 20 miles (35 km) south of Bristol.