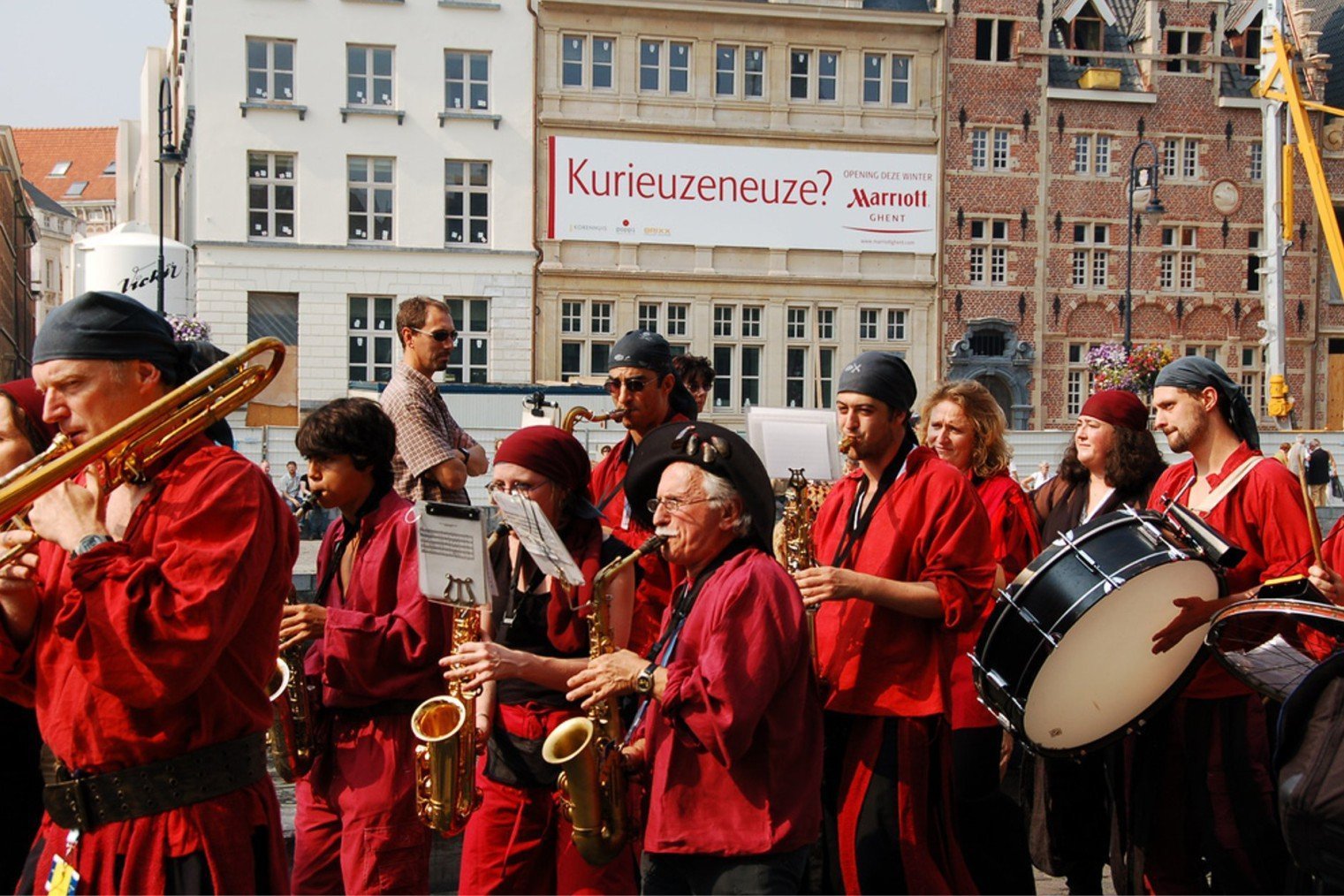 Gentse Feesten (in Ghent dialect Gense Fieste “The Ghent Festival”) is a music and theatre festival in the city of Ghent (map).

After more than 175 years of existence, the Ghent Festivities have become one of the best festivals in Europe. Four international festivals take place there over a period of ten days, with free music on 10 squares, children’s entertainment at various different locations in the city and hundreds of indoor and outdoor activities.

The last day (always a Sunday) is known as de dag van de lege portemonnees (“the day of the empty wallets”) alluding to the fact that many people have spent their last penny at the festival and is seen by the people of Ghent as “their” day while visitors leave.

Tourist information about the city of Ghent

The first Gentse Feesten was held in 1843, about 400 people attended. In the beginning the festival consisted of one stage near the Saint Jacobs Church. Since the late eighties the festival has grown now covers the whole inner city of Ghent. Although the festival has become a mass event, it has retained some of the rebellious and anarchistic atmosphere of the early days.

About 2 million visitors attend the festival every year, making it one of the biggest cultural and popular festivals in Europe. The number of visitors on top nights surpasses 250,000. In a 2005 ranking by localfestivities.com, the Gentse Feesten was called the third biggest city festival in Europe, preceded by the Fallas in Valencia and the Oktoberfest in Munich.

A tradition every year is a procession of what are called the de stroppendragers (literally “the noose carriers”) where a number of Ghent citizens make a solemn procession with a noose around their necks that begins and ends at the medieval Gravensteen castle (map) where the nooses are thrown into a fire. This refers to a historical event where the 16th-century Holy Roman Emperor Charles V, who was a native of Ghent, had the leaders of a local revolt killed and forced others to walk through the city in a white sheet and with the aforementioned nooses. Over the years, the noose became a symbol of the rebellious nature of Ghent citizens who are nicknamed “noose carriers” in Belgium.

With Ghent’s inner city always being traffic-free, local and international artists bring their music, sketches, acrobatics and mimes to the streets, encouraged by the tips they receive from the public. Nearly all of the different performances on the many covered stages throughout Ghent are free.

During recent years there are a number of side festivals that have chosen Gentse Feesten as an opportunity to hold separate, specialised events – some free, some ticketed. They include three international events: Miramiro, formerly known as the International Street Theatre Festival; the International Puppetbuskersfestival which is, you guessed it, an event by puppeteers; and Boomtown Festival is a pop music festival with both international and local acts.

The center of Ghent is quite small, so you can walk around on foot. However, the main station (Gent Sint-Pieters, map) is not in the city center, but takes a walk of about half an hour. The best option is to take the tram, which takes you directly to the center in 10 to 15 minutes.

RAIL >   Ghent is a 30-minute train ride away from Brussels and is on the line from Brussels to Bruges and the coast. Belgiantrain.be – Use the official journey planner operated by the National Railway Company of Belgium to find train itineraries and prices. Thalys • SNCF • Eurostar • Deutsche Bahn