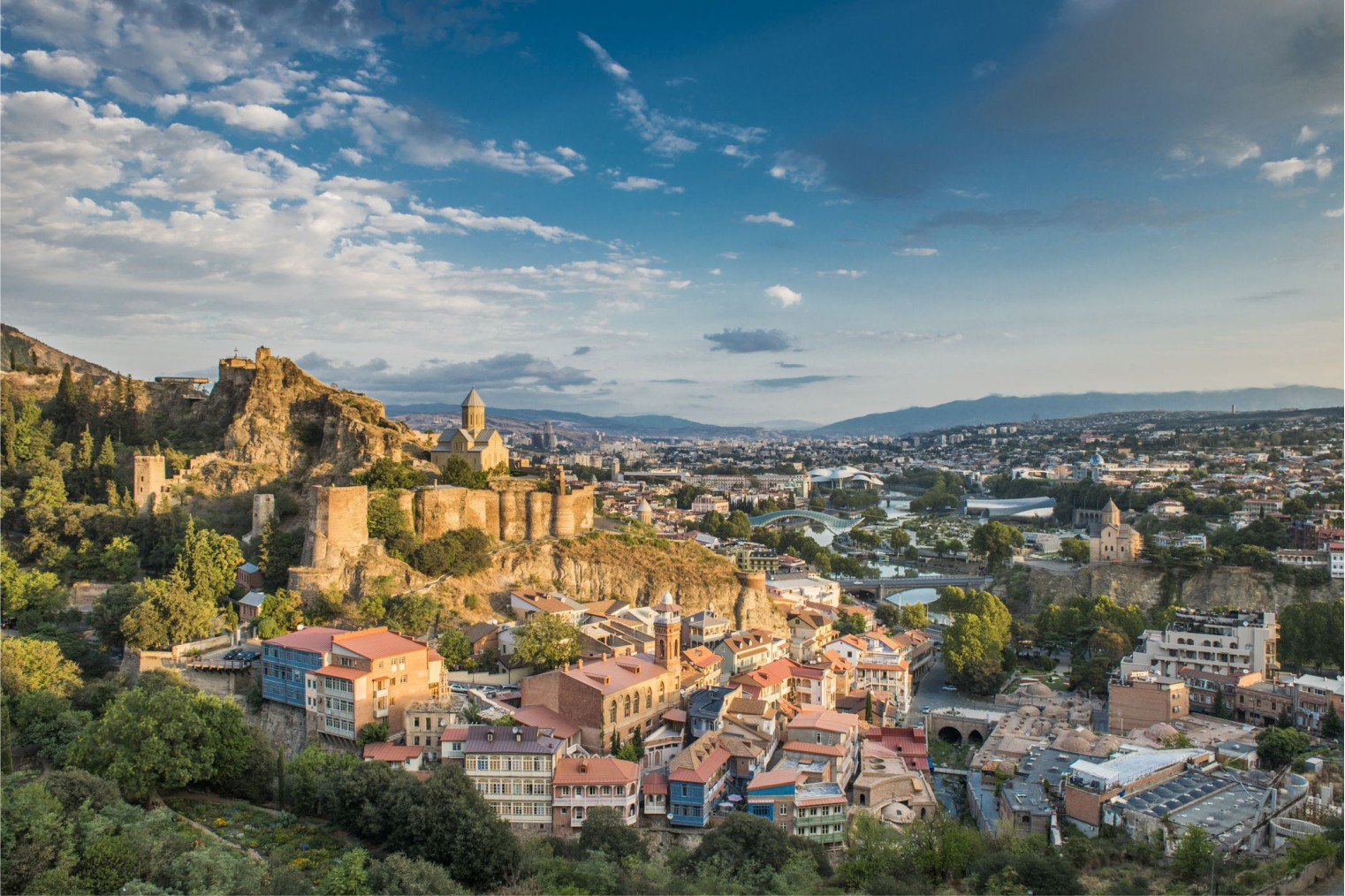 It is a very mountainous country. In Greek mythology, Georgia was the site of the famous Golden Fleece sought by Jason and the Argonauts. Georgian culture was influenced by Classical Greece, the Roman Empire, the Byzantine Empire, the various Iranian empires (notably the Achaemenid, Parthian, Sassanian, Safavid and Qajar empires).  Modern archaeological evidence suggests that Georgia is the oldest winemaking country in the world.

A people of distinct culture, Georgians are not related to the Russians, Turks or Greeks, nor do they have any ethnic or linguistic ties to other nations that surround them.

Most of Georgia is very safe for foreigners. The Georgian Ministry of Internal Affairs provides some useful information for foreign visitors.

*Tbilisi – is not just the nation’s capital but also a hub that contains nearly a third of all of Georgia’s population. It is an interesting mix of old classical and ultra modern buildings.

*Borjomi – A picturesque small city with famous mineral water, a national park. *Sighnaghi – A small mountain town popular with tourists for its scenery and wine. *Uplistsikhe  (map) – A 3,600 year old Silk Road cave city that was a major regional centre of pagan religions.

*Upper Svaneti (map) – The highest inhabited region of Europe, centred around *Mestia, is home to the mysterious Svans and is a UNESCO World Heritage site.

Minibuses or marshrutkas are the most common way to travel and operate on established routes. Georgian Railway has an extensive network of trains in Georgia.