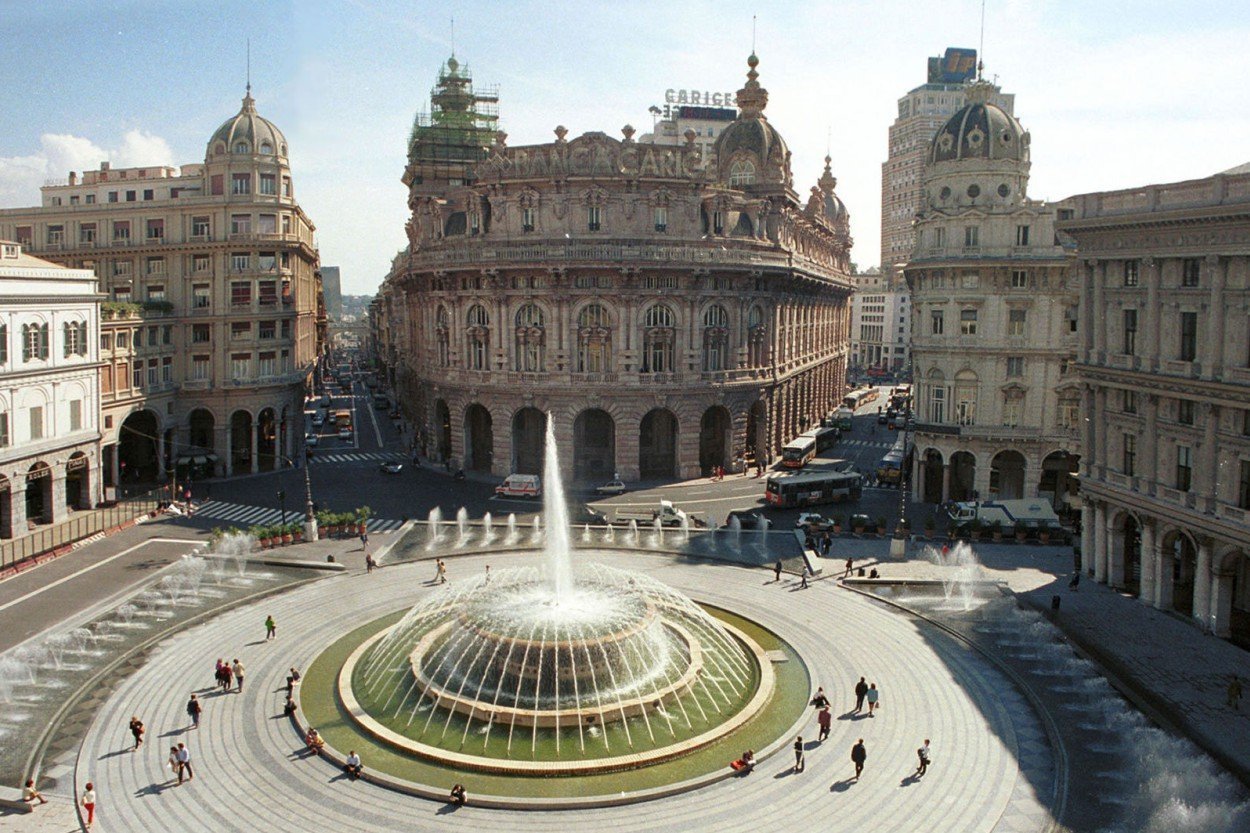 Genoa (map) is the capital of the Italian region of Liguria. Genoa was the capital of one of the most powerful maritime republics for over seven centuries, from the 11th century to 1797. Particularly from the 12th century to the 15th century, the city played a leading role in the commercial trade in Europe, becoming one of the largest naval powers of the continent and considered among the wealthiest cities in the world.

The historical center, also known as old town, of Genoa is one of the largest and most-densely populated in Europe. Part of it was also inscribed on the World Heritage List (UNESCO) in 2006 as Genoa: *Le Strade Nuove and the system of the Palazzi dei Rolli.

It is the birthplace of Guglielmo Embriaco, Christopher Columbus, Andrea Doria, Niccolò Paganini, Giuseppe Mazzini, Renzo Piano and Grimaldo Canella, founder of the House of Grimaldi, among others.

The city’s area has been inhabited since the fifth or fourth millennium BC, making it one of the oldest continuously inhabited cities in the world.

Through Genoese participation in the Crusades, colonies were established in the Middle East, Northern Africa and across the Mediterranean. Genoese Crusaders brought home a green glass goblet from the Levant, which the Genoese have long regarded as the Holy Grail. In his Golden Legend, the Archbishop of Genoa, Jacobus de Voragine relates the history of the Holy Grail. The Holy Chalice is now kept in the *Genoa Cathedral (map).

Genoa’s historic centre is articulated in a maze of squares and narrow caruggi (typical Genoese alleys). It joins a medieval dimension with following 16th century and Baroque interventions (the ancient Via Aurea, now Via Garibaldi).

Museo di Palazzo Reale (map). It was built by the Balbi family 1643-1650 and enlarged by the Durazzo family in the 18th century. It had frescoes, stuccos, paintings, sculptures, furnishings and furnishings belonging to the noble and royal families who lived there. Includes a historical picture gallery with works by Anton Van Dyck, Tintoretto, Guercino, Luca Giordano, Ferdinand Voet and Bassano.

Another tourist destination is the ancient seaside district of *Boccadasse (map) (which means “the mouth of the donkey”), with its multicolour boats, set as a seal to Corso Italia, the promenade which runs along the Lido d’Albaro, and known for its ice-creams.

In the west, *Pegli (map) is the site of the famous Villa Durazzo-Pallavicini (map) and *Arenzano (map) is a seaside town at the foot of the Parco naturale regionale del Beigua (map).

CityMapper – Genoa | The ultimate transport app and technology for mobility in cities.